Israel tries to hide its crimes by shooting journalists 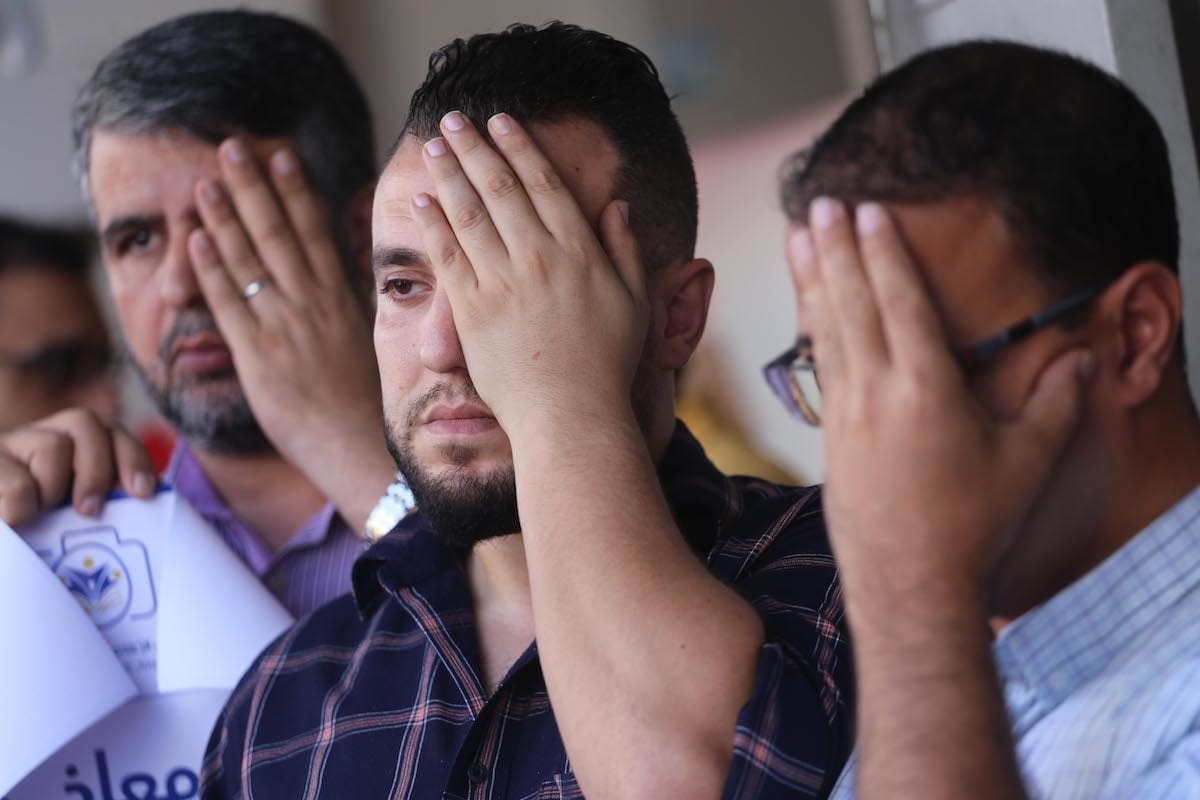 On Tuesday, doctors at Hadassah Hospital in Jerusalem announced that they had successfully removed the remains of the left eye of Palestinian photojournalist Muath Amarneh, 32, who was shot by Israeli border police while covering their violent dispersal of protesters in the occupied West Bank city of Hebron. While his colleagues and eyewitnesses said that he was shot by an Israeli sniper intentionally, Israel's occupation army claims that the shooting of Amarneh was an accident which happened as he was standing among the Palestinian protesters, who were referred to by the Israelis as "rioters".

Muath Amarneh was not the first Palestinian journalist to be shot, wounded or even killed by the Israeli occupation forces, and nor will he be the last. On every such occasion, the so-called Israel Defence Forces claim that the shooting was an accident.

I was shot by an Israeli sniper in May last year while covering the Great March of Return protests in the Gaza Strip just one week after I was threatened on twitter. Someone describing himself as a "Canadian Jew" said that I should be hunted down. He made it clear that this was because I was publishing posts on social media exposing Israeli aggression against peaceful protesters in Gaza.

Israel's attempts to suppress the truth about the violations against the Palestinians is not only aimed at Palestinian journalists, but also those from abroad who are aligned with the reality of the situation. In 2003, for example, James Miller, an award-winning [Welsh] filmmaker, was making a documentary about Palestinian children caught up in the Israel-Palestine conflict when he was hit in the neck by a single shot fired by an Israeli sniper. He was 34 years old when he was killed.

#MuathEye: A clash between the occupation's rifles and the eyes opened to its violations

"Israeli forces not only shoot Palestinian journalists, but also shoot everyone who is working to expose the violations of the Israeli occupation," I was told by Haaretz columnist Gideon Levy. Indeed, such violations "are not limited to the attacks on journalists, but they also include attacks on paramedics, handicapped people and unarmed protesters like what is happening in Gaza."

Although Israeli journalist Baruch Yedid, who is close to the right politically, told MEMO that there is no Israeli policy to target journalists, the Palestinian writer and specialist in Israeli affairs Dr Saleh Al-Naami insisted otherwise.

"There are no instructions and planned intentions to shoot journalists or innocent people," Yedid claimed. He argued that a lot of the journalists' activities are being "coordinated with the [Israeli] Civil Administration," a reference to the Israeli army wing which supervises Israel's civil service in the occupied Palestinian territories.

According to Al-Naami, though, because Palestinian journalists are the most likely to report on Israeli violations, they are an obvious target for the snipers. "A journalist is thus the 'right' person for Israel to target in order to silence his voice and switch his camera off."

However, Levy pointed out that, "Shooting journalists does not hide anything Israeli forces do because today everyone is a journalist. Anyone can use his mobile and take pictures and videos and report the violations to the whole world."

"The whole world watches whatever the Israeli forces do and does nothing to those who have killed over 300 protesters, including journalists, in Gaza [since March 2018." And yet, he pointed out, the same world "was turned upside down when a single protester was killed during the protests in Hong Kong."

Dead people can tell no tales, of course, and this is why Israel shoots journalists, especially Palestinians. It is just one way that the Zionist state tries to hide its crimes from the world.