Leave the judgment to God: The role of Islamic discourse in addressing suicide

A mother came to me in the wake of her son's suicide. She had consulted a Sheikh – in this case someone who claimed to be a religious leader – for consolation, but was told that whoever purposely kills himself with dwell in the Hellfire forever. The mother, deeply shocked, then fell into a severe depression.

It was recently reported that the Imam in a Palestinian village refused to pray for a young man who had committed suicide and delayed his burial until a few enlightened villagers took it upon themselves to bury the young man themselves. It is easy to imagine how the Imam's attitude affected the family of the deceased.

We also hear occasional reports about people with psychiatric symptoms who have sought treatment from "religious leaders" – imposters who may beat the person to "drive out the Jinn" and delay appropriate medical treatment to such a point that some persons have actually committed suicide.

I am not arguing that suicide should be permitted in a religious context. On the contrary, I believe that the prohibition of suicide is an excellent social policy for public health. I see very sick people in my clinic every day who refrain from suicide for divine prohibition.

It is the vilification of the person who has committed suicide that I oppose.

The ostracism that falls upon those who commit suicide brings shame on the surviving family members that only compounds their pain and allows the suicidal thoughts of some people to grow in silence. We should note that Islamic scholars advise that people who suffer are exonerated from obligations incumbent on the healthy and that persons who commit suicide are entitled to all the religious practices of Muslim burial.

While the World Health Organisation (WHO) indicates that nearly 800,000 people worldwide take their own lives, documentation of suicide in Muslim countries is generally very poor. In Palestine, statistics suggest that the number of suicides is increasing every year – but not all suicides or attempted suicides are recorded. Cases of violent death through car accidents, drug overdoses, and certain nihilistic acts of "resistance" to the occupation can be motivated by suicidal ideation – and we lack reliable records for such cases. 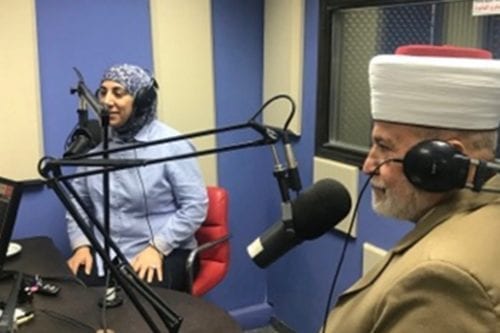 One of the most important risk factors for suicide is the presence of mental illness, especially depression. The risk increases when people feel that their lives are meaningless. Aggravating factors include a lack of insight, impaired judgment, disorientation, misperceptions of reality, delusions, hallucinations, medical illness and misuse of drugs or alcohol. And perhaps the most recognisable risk factor is a history of previous attempts of suicide.

The presence of family disputes, lack of social support, loneliness, financial hardship, and the spread of oppression, trauma and grief also make the decision to take one's own life more likely.

In Palestine, sadly, we lack specialised hotlines that would provide an important means to prevent suicide – and also offer an opportunity for data collection to guide research on the development of better treatment strategies.

The French sociologist Emile Durkheim emphasised the role of religion in enhancing the ability to endure suffering. Discussing the reason why suicides have been rare in Islamic societies in the past, he quoted from the Qur'an: "We estimated death among you, hastened it for some and delayed for others", concluding that nothing is more contrary to the general spirit of Islamic culture than suicide.

Olfa Mandhouj, a professor of psychology at the University of Geneva, explains that "in cases of suicide, religion should be part of the treatment," because religion deals with moral issues and the meaning of life and death. It also provides people with hope, in contrast with the feeling of emptiness experienced by most people who struggle with suicidal ideation.

Most people considering suicide manage to survive by receiving support from family, friends and professionals. In Palestine, where people trust Imams and the clergy, religious counseling can be an important pillar for individuals at risk of suicide and can also play a keyrole in removing stigma and providing support for traumatised family members. In our society, many people suffering from psychological pain may turn to a Sheikh or a woman preacher.

It is important to recognise that the only way to know if someone is considering suicide is to ask. Contrary to pervasive beliefs, asking about suicide will not sow the idea in a person's head and will not spread contagiously to the person who asks about it. On the contrary, directly asking about feelings provides comfort, demonstrating that the person asking has noticed something is wrong and is listening with interest; it shows that the person asked is not alone.

It is also important that persons who are not mental health professionals, including religious figures, do not make the erroneous assumption that individuals who consider suicide will improve without help. Spending time with them may save their life. Listening to what is on their minds and giving them the opportunity to speak is far more useful than sermons and intimidation. 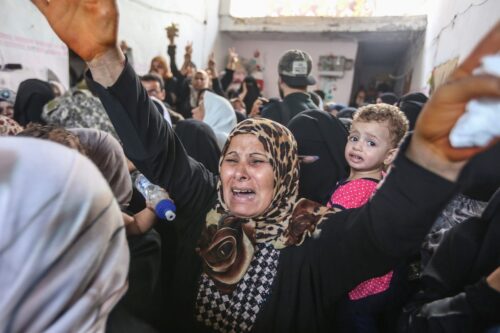 A woman mourns during the funeral ceremony of Nidal Al-Jafari, border security officer who lost his life in a suicide attack carried out at Rafah Border Gate, in Gaza on 17 August 2017 [Ali Jadallah/Anadolu Agency]

Family and religious persons should not agree to keep a person's suicidal plans confidential. Safety must be the paramount concern. If in doubt, one should contact the person's family or friends to ensure that such persons receive appropriate help from clinical specialists. Make sure that the person seeking help knows that the door always remains open — since suicidal ideas will not disappear without substantial changes in personal conditions. And although persons struggling with suicidal thoughts can improve, they may re-experience thoughts of suicide from time to time. It is important that they know they can again receive attention and care from professionals, religious counselors, family and friends.

Anyone with experience knows how difficult it is to provide support to someone considering suicide, especially over a long period of time. It is therefore essential for specialists to train religious counselors, provide them with supervision and support them so they may be effective in providing aid, and also to protect them psychologically from vicarious trauma.

Studies have concluded that religious discourse based on reassurance relieves depression and anxiety, facilitates healing and promotes suicide prevention by raising morale and enhancing hope.

At the Ministry of Health, we are leading a national effort to create a comprehensive strategy for the prevention of suicide, actively seeking to upgrade suicide prevention policies by spreading community awareness and networking with the entire spectrum of service providers among the ministries and institutions within civil society, including clergy and religious institutions.

We believe that Imams and clergy are crucial partners in this effort as they are widely trusted and because Islamic literature contains much wisdom about healing and hope. True religious leaders can lead the community in comforting the family of the deceased by offering condolences, adapting prayers to address the subject and counseling groups to process the negative emotions that naturally emerge in such situations.

In order for religious leaders to contribute to national efforts in the prevention of suicide, it is urgent and essential to introduce mental health and counseling courses in institutions for religious studies so that religious scholars are trained in the provision of psychological counseling, familiar with the vicissitudes of the human psyche and capable of helping troubled individuals to face the difficulties that challenge human life.