Brits up and down the country supporting the Boycott, Divestment and Sanctions (BDS) campaign face the risk of prosecution under new proposals to be introduced by the new Tory government
December 16, 2019 at 4:01 pm | Published in: BDS, Europe & Russia, International Organisations, Israel, Middle East, News, Palestine, UK, Videos & Photo Stories
December 16, 2019 at 4:01 pm

One of the first measures to be introduced by British Prime Minister Boris Johnson under what is expected to be a "revolutionary" government, are measures to protect Israel against the growing boycott moment targeting its illegal occupation of Palestine.

Brits up and down the country supporting the Boycott, Divestment and Sanctions (BDS) campaign face the risk of prosecution under new proposals to be introduced by the new Tory government.

It's reported that the new measures, which will see human rights campaigners being targeting, will be listed among the legislative priorities of the Johnson administration during the Queen's Speech on Thursday.

The speech, which is traditionally given by the reigning monarch at the opening of parliament, is written by the queen's ministers and reflects the priorities of the incoming government.

Amongst the pledges made by the Tory government is to ban local councils from boycotting products from foreign countries, including Israel, in its election policy manifesto released last month.

The ban, however, is primarily aimed at the Palestinian-led BDS campaign, which seeks to pressure Israel to abide by international law and respect Palestinian rights.

The BDS campaign, like its previous incarnation in white South Africa where it ended apartheid rule, has been identified as a major threat by Israeli lawmakers so much so that Prime Minister Benjamin Netanyahu has appointed a ministry to block the progress of the global, civil society-based movement. 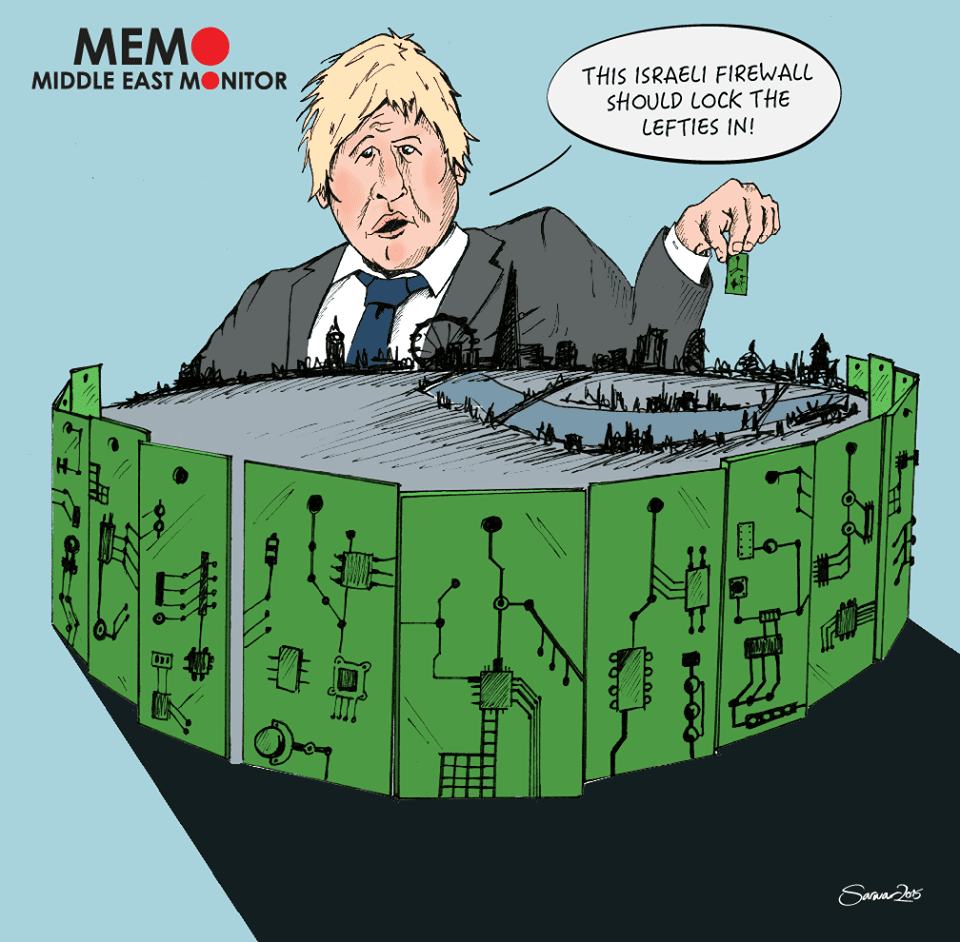 "We will ban public bodies from imposing their own direct or indirect boycotts, disinvestment or sanctions campaigns against foreign countries. These undermine community cohesion," the document read.

Efforts to "ban councils and other public bodies from divesting from trade or investments they regard as unethical" has been described as "an attack on local democracy".

The report was welcomed on Twitter by a number of pro-Israel advocacy groups, who have long accused the BDS movement of "anti-Semitism".

Israel lawmakers have been revelling over the Tory victory as UK minorities brace for more racism under Boris Johnson.

READ: Tories to ban councils from boycotting products from Israel under manifesto plans