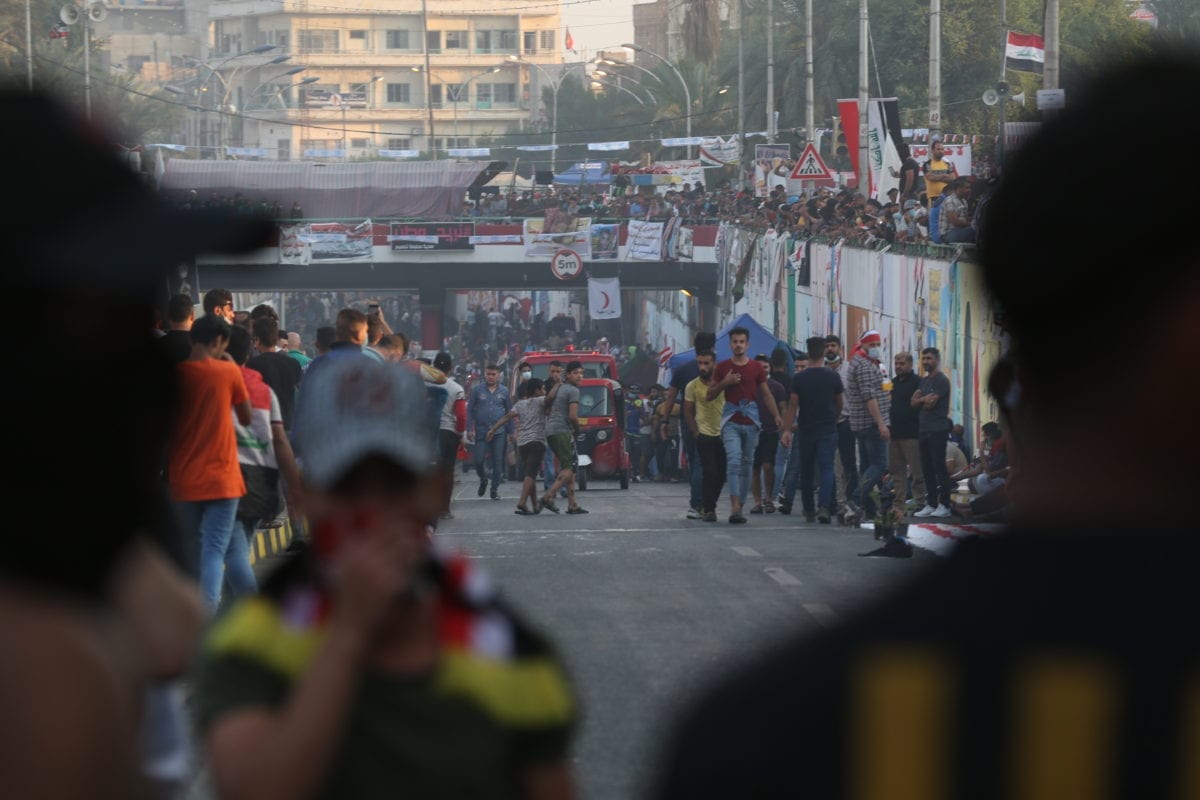 Demonstrators during an anti-government protest in Iraq on 15 November, 2019 [Murtadha Sudani/Anadolu Agency]
December 28, 2019 at 4:52 pm

The oilfield produces 90,000 barrels a day (bpd) of crude. Protesters chanted "no homeland, no oil", as they forced its closure, the sources said.

Mass protests have gripped Iraq since Oct. 1 and protesters, most of them young, are demanding an overhaul of a political system they see as profoundly corrupt and keeping most Iraqis in poverty. More than 450 people have been killed.

The incident marks the first time protesters have shut an entire oilfield, though they have blocked entrances to refineries and ports in the past. Iraq's economy depends on oil exports which make up more than 90% of revenues for OPEC's second larger producer. No foreign companies operate at the oilfield.

READ: US civilian contractor killed in Iraq base rocket attack-officials

Protesters are demanding the removal of the entire ruling elite seen as enriching itself off the state and serving foreign powers — above all Iran — as many Iraqis languish in poverty without jobs, healthcare or education – and the appointment of an premier with no party affiliation.

Iraqi President Barham Salih refused on Thursday to designate the nominee of an Iran-backed parliamentary bloc for prime minister, saying he would rather resign than appoint someone to the position who would be rejected by protesters, further extending weeks of political deadlock.