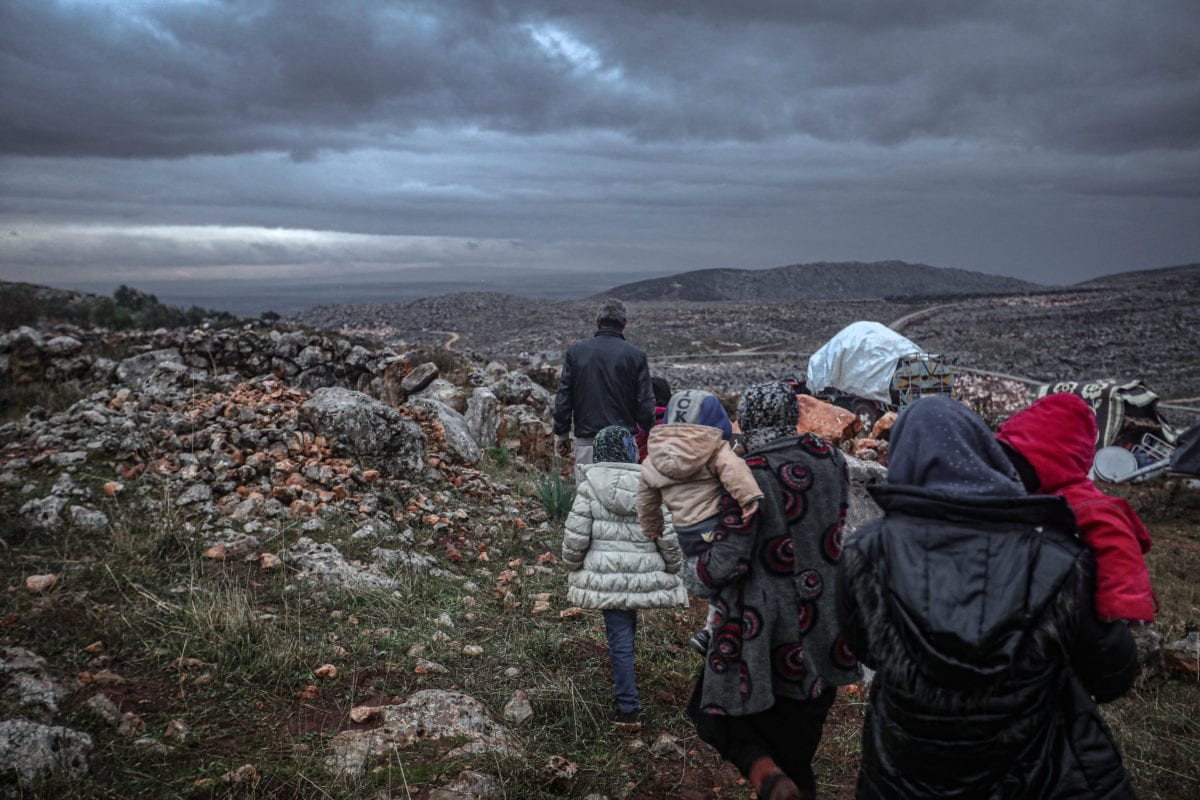 Syrian families, who have been forced to displace despite attacks carried out by Assad regime and Russia, were stopped are seen on their way to Harbanush village, on 27 December, 2019 in Idlib, Syria [Muhammed Said/Anadolu Agency]
December 30, 2019 at 7:42 pm

Fleeing attacks by the Syrian regime and its allies in Idlib, over the last 48 hours some 20,000 Syrian civilians have flocked to areas close to the Turkish border.

Since the beginning of November, the number of people fleeing air attacks in Idlib has reached 284,000 people, Mohammad Hallaj, the director of Syria's Response Coordination Group, told Anadolu Agency.

Hallaj said that if the attacks continue to intensify, there is concern that a new wave of migration may start from the Jabal Al-Zawiya area in southern Idlib.

Thousands of civilians are finding it difficult to find shelter due to the lack of aid and the few places where they can set up tents and infrastructure.

Moreover, he said, refugee camps are being inundated by floods from heavy rains, in effect trapping people in lakes of mud.

Thousands of these Syrians are homeless and in dire need of aid.

In September 2018, Turkey and Russia agreed to turn Idlib into a de-escalation zone in which acts of aggression are expressly prohibited.

Since then, more than 1,300 civilians have been killed in attacks by the regime and Russian forces in the de-escalation zone as the cease-fire continues to be violated.

Over a million Syrians have moved near the Turkish border due to intense attacks over the last year.

READ: Turkey troops to stand their ground in Idlib despite Assad assault