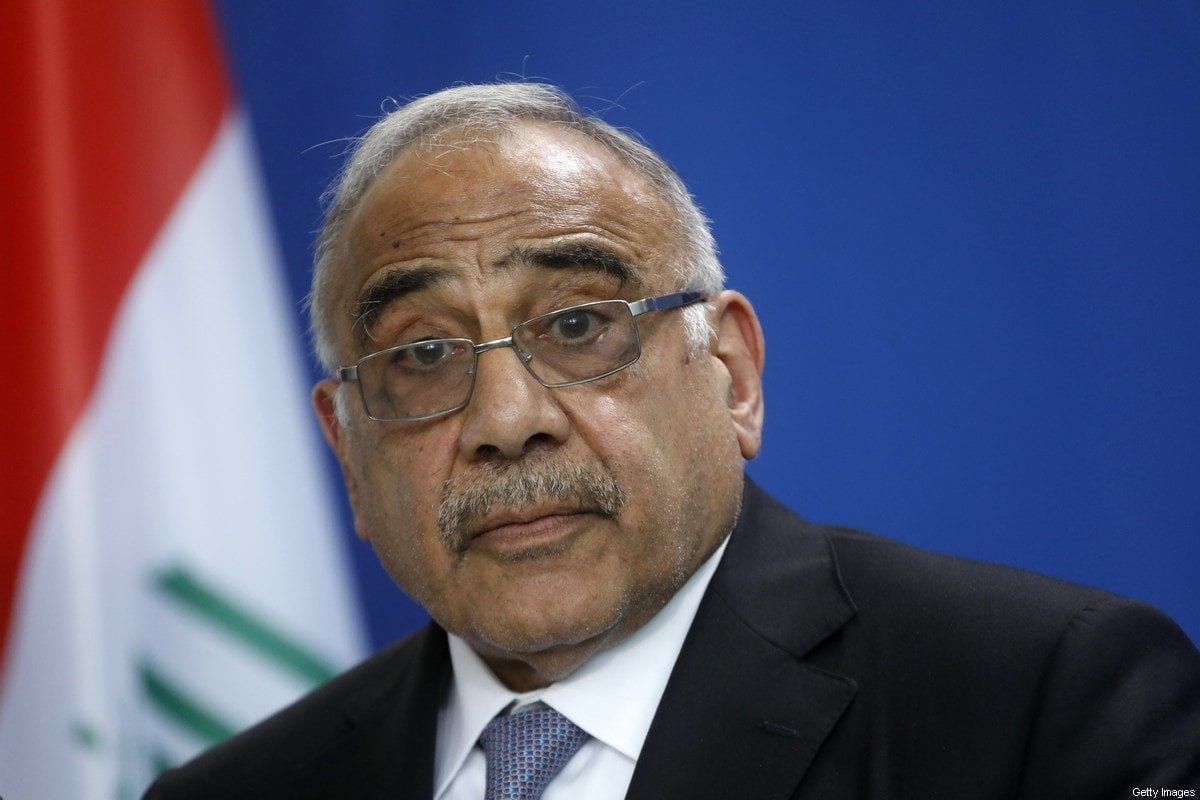 Adil Abdul-Mahdi, head of the Iraqi caretaker government, discussed, on Tuesday, with an envoy of the German government, Baghdad's decision to withdraw foreign forces from the country.

This came during Abdul-Mahdi's reception, in his office in Baghdad, the political director in the German Foreign Ministry, Philipp Ackermann, and Berlin's ambassador to Iraq, Ole Diehl, according to a statement issued by the Iraqi government, which the Anadolu Agency has obtained.

The statement indicated that the meeting "discussed relations between the two countries and the recent developments in Iraq and the region in addition to ways of cooperation to achieve stability, reduce tension, and remove the threat of war from the region and the world."

The statement revealed that the two sides exchanged "views on Iraq's vision for the future of cooperation with its Arab, regional and international surroundings, in a manner that preserves its security and national sovereignty, along with Iraq's decision to end the presence of foreign forces on its soil, in addition to the Iraqi authorities keenness to maintain cooperation to counter-terrorism, training Iraqi forces, and combating the remnants of ISIS (Daesh)."

READ: Iraq's miracle baby holds on to life in Turkey

Germany has about 300 military elements, deployed in two bases, one near Baghdad and the other near Erbil, the capital of the Kurdistan Region in the north of the country.

Germany is part of the international coalition against Daesh.

On 5 January, the Iraqi parliament voted on a resolution calling for government in Baghdad to end the foreign military presence in the country. Thus, the Kurdish MPs and the majority of their Sunni counterparts decided to boycott the parliamentary endeavour.

The parliament's decision came on the backdrop of the assassination of the commander of Iran's Quds Force, Qassem Soleimani, and the leader of the Iraqi Popular Mobilization Forces (PMF) Abu Mahdi Al-Muhandis, in a US airstrike near Baghdad International Airport on 3 January.

Iran responded on Wednesday by launching ballistic missiles at two military bases hosting US troops, in northern and western Iraq.

The Sunnis and Kurds have rejected the decision to end the presence of foreign troops in Iraq for fear of Iran future intention to further penetrate the country through its loyal armed factions and Shiite parties, according to the opinion of informed observers.