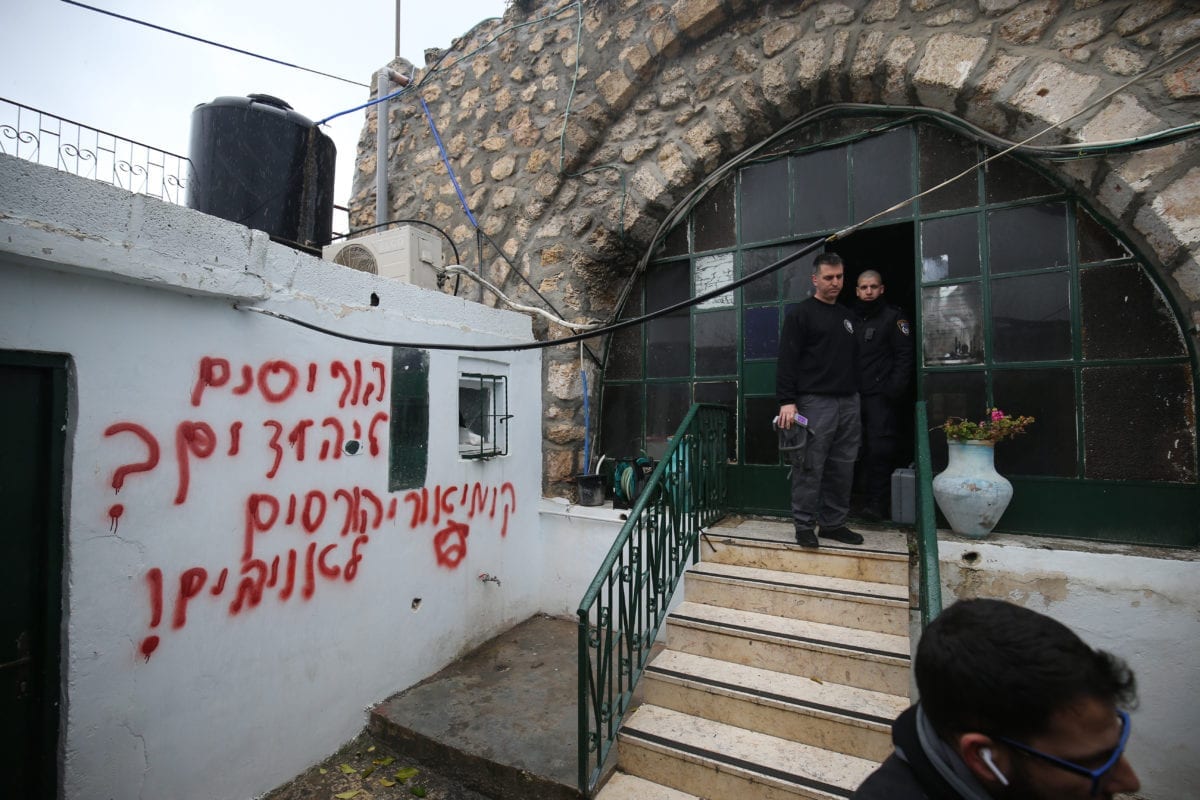 A view of Hebrew racial slurs on the wall of the mosque sprayed by Jewish settlers as eyewitnesses reported that a group of settlers set fire to the Badriya mosque in Beit Safafa town in Jerusalem on 24 January 2020. [Mostafa Alkharouf - Anadolu Agency]
February 29, 2020 at 11:23 am

On Friday the Palestinian Authority (PA) condemned Israeli settlers' attacks on the occupied West Bank city of Nablus, stressing that settlers are "criminal armed militias" who should be added to the international terror blacklist, Al Watan Voice reported.

"The armed settler militias who opened fire and threw stones at the Palestinian vehicles and homes in the Nablus neighbourhood of Huwara, should be added to the international terror blacklist," a statement issued by the PA's foreign minister announced.

The statement stressed that: "This aggression aimed to cause premeditated murder under the official protection of the Israeli occupation forces."

"These criminal attacks reflect the organised state terror which is carried out by the different arms of the Israeli occupation, including the terror settlement groups," the statement declared, pointing out that such aggression aims to reinforce the occupation of Palestinian territories.

"The disastrous 'Deal of the Century' affords a political cover for the Israeli expansionist colonial projects and the continuous settlement violations, which are being carried out under the official protection of the Israeli army," the statement added.

According to the statement, the PA considers the settler attacks protected by the Israeli army on Huwara as a "dangerous escalation" and questioned: "When will the international community stop these violations of human rights?"