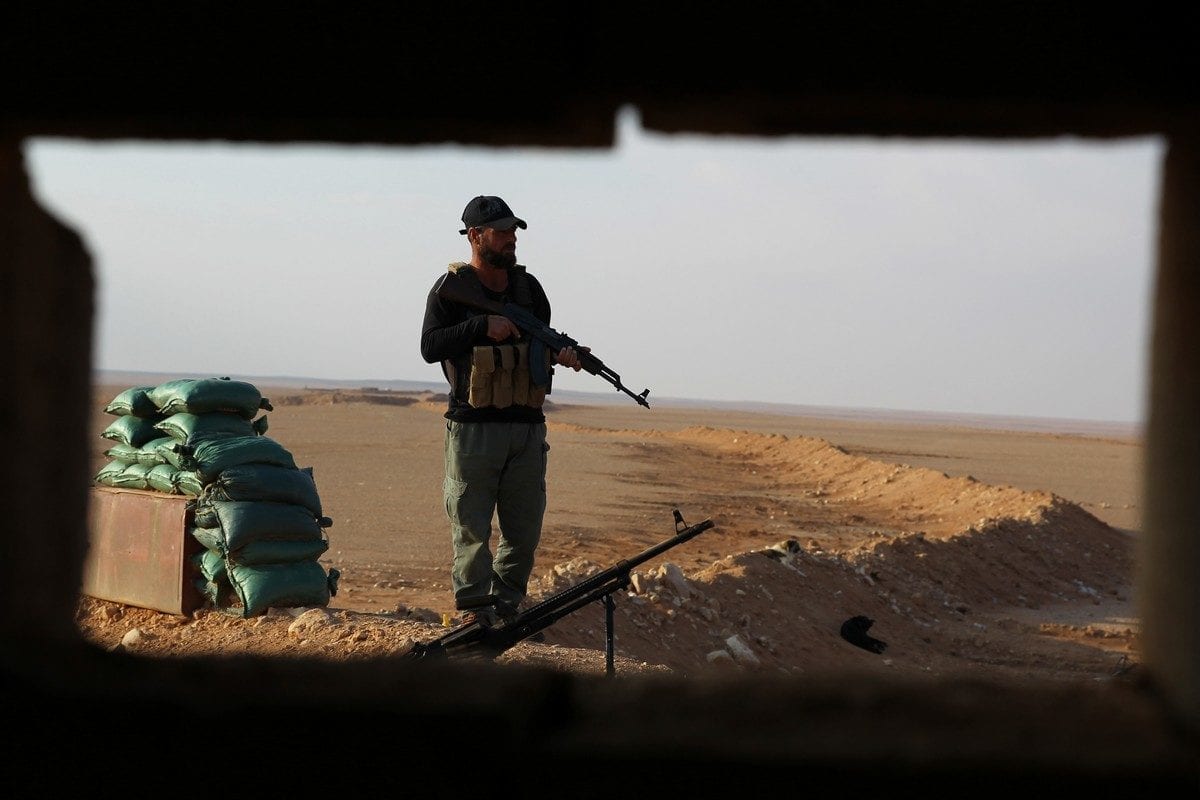 Iranian forces and their proxies in Syria have recruited around 9,000 young fighters from local Shia communities within the south and north-east of the country, according to the Syrian Observatory for Human Rights (SOHR) yesterday.

Iranian-backed Shia militias reportedly recruited over 5,350 young men who volunteered from the southern provinces of Syria and almost 3,600 from the north-eastern provinces east of the Euphrates River.

In the southern province of Daraa, for example, the Alawite militia 'Saraya Al-Areen' – part of the Brigade 313 under the leadership of  Abu Al-Harith – recruited men from the heavily Shia-populated areas of Sayda, Da'el, and Izraa and then sent them to undergo military training in the province's eastern Al-Lajat area.

Towards the Golan Heights occupied by Israel, the city of Quneitra saw the Lebanon-based Hezbollah militia recruit young men who reportedly avoided and escaped Syria's mandatory military service, attracting them to instead join its own ranks as an alternative.

The groups' operations of mass recruitment were also taking place in the areas around the Euphrates River in the north-east, particularly in those of Al-Mayadin to Al-Bokamal in the eastern countryside of Deir Ez-Zor province.

The recruitment campaign is, according to SOHR, being carried out "by offering financial incentives and continuous usage of religion and sectarianism", including the alleged conversion of recruits to the Shia sect of Islam in order to oppose the demographics of the country's majority Sunni population.

The campaign is further made possible due to the fact that "Those young people hurry to join the ranks of Iranian-backed militias because of the deteriorating living conditions and lack of job opportunities."

The 'Axis of Resistance' is hypocritical, not 'anti-imperialist'

The significant recruitment drive by the Shia militias, which are backed by Iran and loyal to the Syrian regime of President Bashar Al-Assad, was reportedly conducted in light of regime ally Russia's preoccupation with its recent agreement with Turkey regarding the cessation of hostilities in north-west Syria.

Throughout Syria's nine-year-long civil war, Iran has consistently backed the Assad regime and supported it through its deployment of military advisers from the Iranian Revolutionary Guards Corp (IRGC) and the creation and funding of Shia militias.