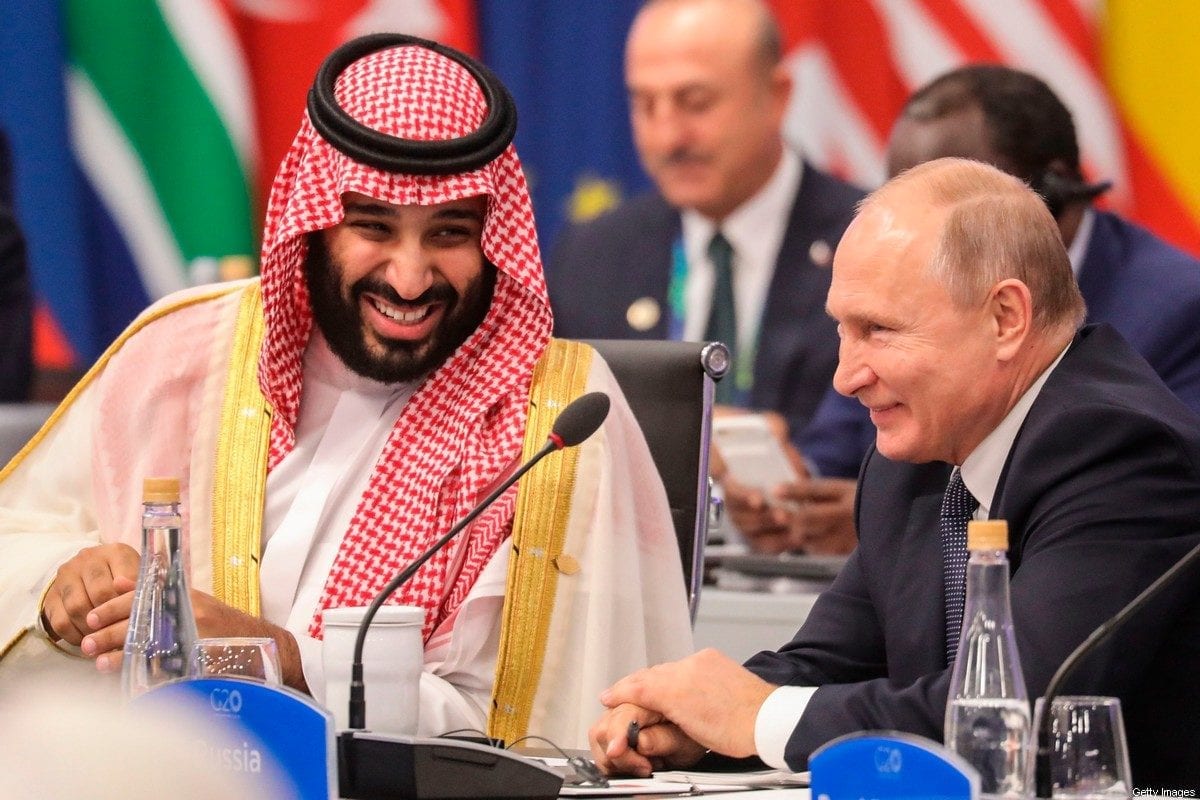 The oil price war between Russia and Saudi Arabia was apparently ignited by a slanging match between President Vladimir Putin and Crown Prince Mohammed Bin Salman during a telephone call last month. The claim has been made by a Saudi official.

The call was on 6 March just before a vital meeting of the Organisation of the Petroleum Exporting Countries (OPEC) in which the major global oil exporters failed to agree on a deal to cut oil production in the face of falling demand during the coronavirus crisis. Shortly after the call, Saudi Arabia flooded the market with oil and caused prices to drop sharply.

Saudi officials with knowledge of the call revealed the details to the London-based Middle East Eye on condition of anonymity. "Just before that meeting there was a call between Putin and Bin Salman," explained one. "Bin Salman was very aggressive and gave an ultimatum. He threatened that if there is no agreement, Saudi would start a price war."

The conversation was very personal, he added. "They shouted at each other. Putin refused the ultimatum and the call ended badly."

READ: What impact will the oil price crash have on the Arab world?

Prior to the call, Bin Salman apparently contacted US President Donald Trump's son-in-law and closest adviser Jared Kushner to confirm what was to be discussed. This means that it allegedly had Trump's blessing.

"Kushner did not ask Bin Salman to do it, but Kushner knew about it and did not veto it. Bin Salman drew his own conclusions," explained an official. Trump's son-in-law and the Crown Prince are known to have a close relationship. Kushner is said to be "the prince's most important defender inside the White House."

READ: Covid-19 and the oil market crash spell the end for US hegemony and the petrodollar

What followed was a staggering fall in global oil prices and the destabilisation of world markets. Oil went as low as $25 per barrel at first and then fell even lower.

It is not only relations between Saudi Arabia and Russia which are strained; the US also has its issues with the Kingdom. Earlier this week, the price of Texas crude oil went into negative figures, reaching -$37 per barrel for the first time in the US oil industry's history. The tension saw Republican Senators calling for the Kingdom to leave OPEC, and even threatening to withdraw US military forces from the Gulf State.

Although the Saudis and Russians seemed to have agreed on a solution to the crisis by cutting oil production by ten per cent, it has been reported that the two countries are still trying to outdo each other. Oil prices fell again, to around $15 per barrel before rallying to $19.