Trump tells Netanyahu to accept complete 'deal of the century' 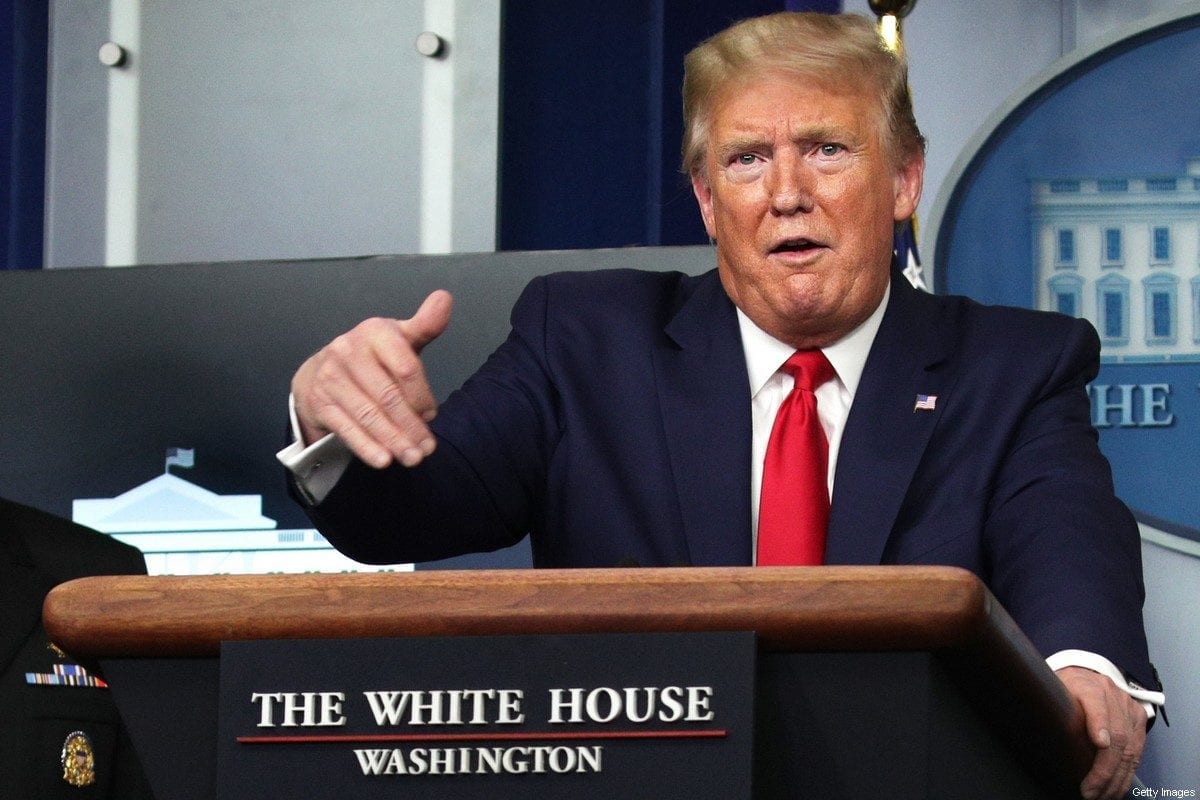 US President Donald Trump has told Israeli Prime Minister Benjamin Netanyahu to accept the deal of the century as one package and recognise the principle of "two states for two nations".

According to Israeli TV Channel 13, there are "deep" and "basic" differences between the US administration and the Israeli government regarding the annexation of the Jordan Valley, the North of the Dead Sea and other settlements.

Israeli reporter of Channel 13 Barak Ravid reported informed senior sources stating that the US had informed Netanyahu that he could not cherry-pick certain terms of the deal of the century, and that he has to accept the deal as a package.

The sources also revealed that Netanyahu was asked to announce his agreement on the principle of the "two states for two nations", otherwise, the US will not greenlight his annexation plan.

The US ambassador to Israel David Friedman also informed Netanyahu that Trump wanted the deal of the century to be implemented, not the Israeli annexation plan.

Read: Greater Israel is the objective as Netanyahu plans to wipe Palestine off the map