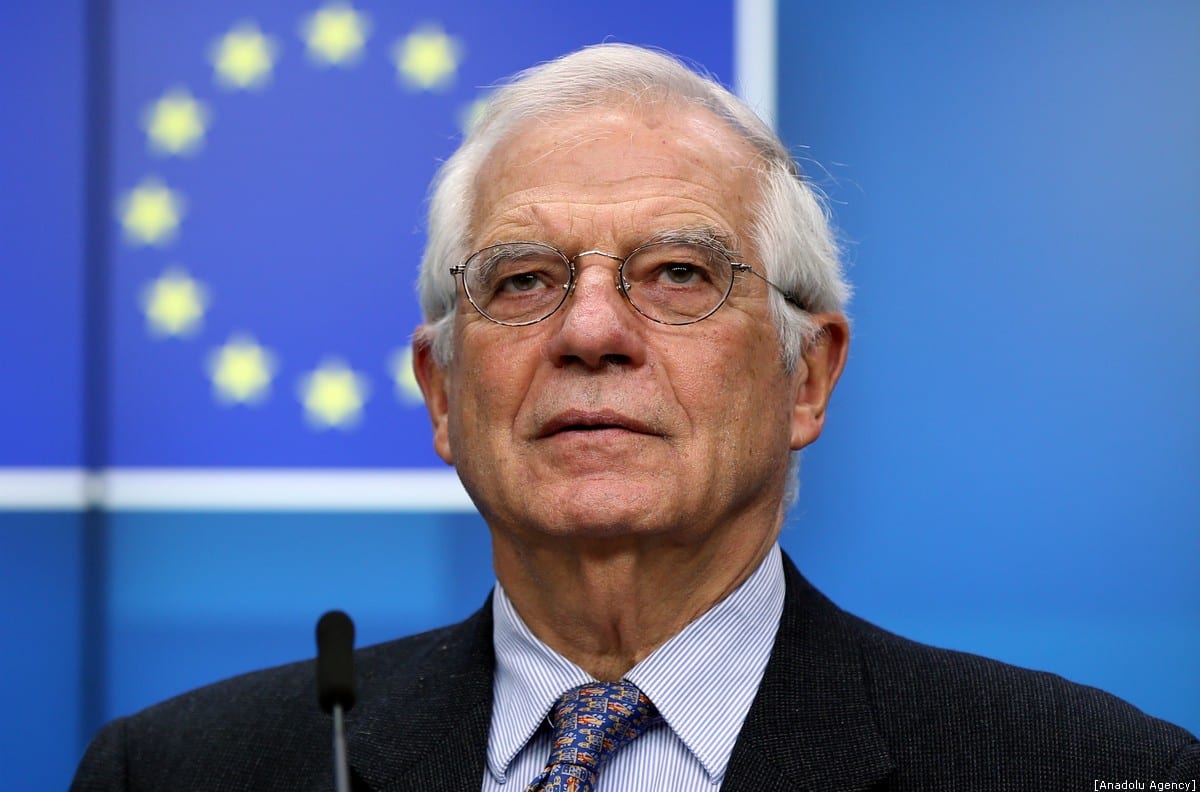 EU High Representative for Foreign Affairs and Security Policy Josep Borrell Fontelles at a press conference in Brussels, Belgium on 9 December 2019 [Dursun Aydemir/Anadolu Agency]
May 7, 2020 at 10:42 am

The EU yesterday reiterated its political and financial support for the United Nations Relief and Works Agency for Palestine Refugees in the Near East (UNRWA), a press release said.

In a phone call, the High Representative for Foreign Affairs and Security Policy of the European Union/Vice-President of the European Commission, Josep Borrell, reiterated this stance to the new UNRWA Commissioner-General, Philippe Lazzarini.

Both officials, the press release said, exchanged views on the current situation in the Middle East and challenges it faces, in particular in light of the coronavirus pandemic.

During the call, Borrell recalled the EU's €82 million ($1214.5 million) contribution to the UNRWA for 2020, confirming the determination of the EU to remain a strong, reliable and predictable supporter of UNRWA.

READ: UNRWA operating on 'month-to-month' basis due to US aid cuts

The press release also pointed out that Borrell "highlighted UNRWA's crucial role for stability and security in the region and the importance of the work of the Agency for the viability of a negotiated two-state solution for the Israeli-Palestinian conflict."

UNRWA was created in 1949 to provide assistance and protection for the Palestinian refugees who were forced out of their homes by the Zionist gangs prior to the creation of the state of Israel on the ruins of their homes.

The organisation is currently offering its services to about 5.3 million Palestinians refugees in the occupied territories, Jordan, Lebanon and Syria. However, it has been suffering a severe financial crisis since 2018 due to the halt of US contributions.