Over 100 Israel violations in Palestine in one week 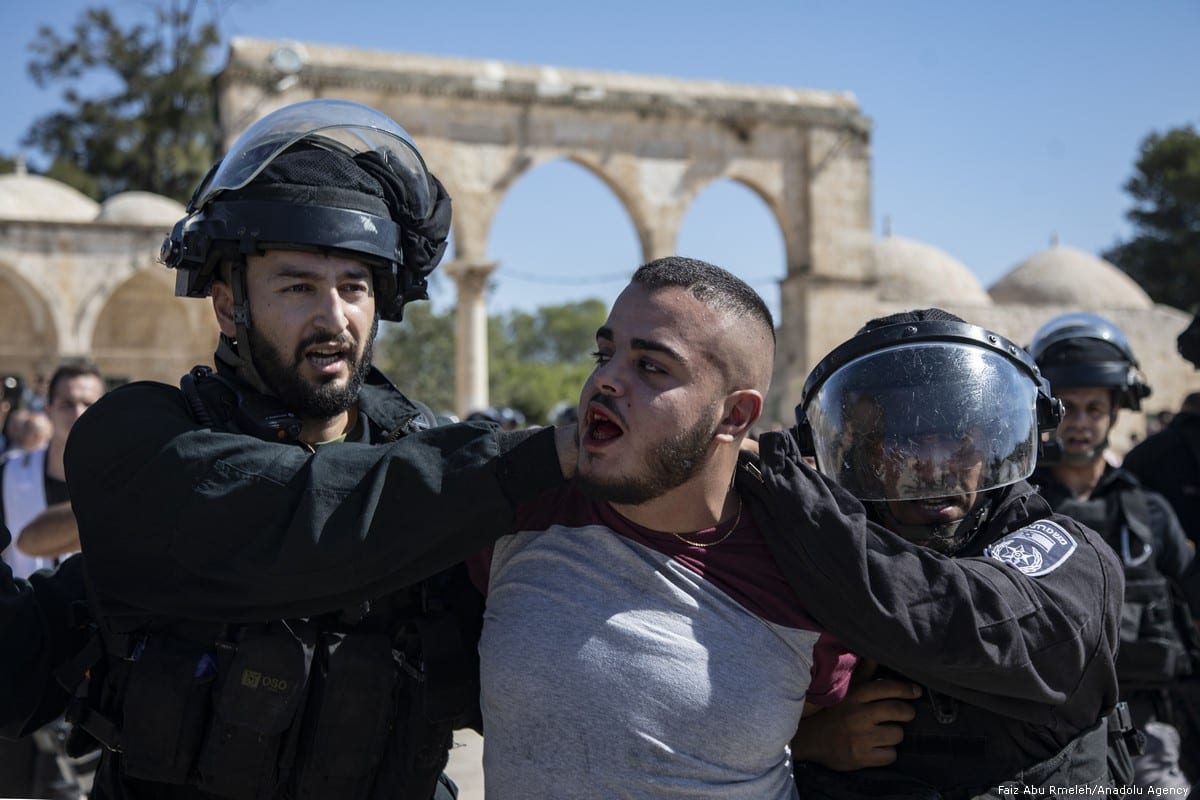 Israeli forces can be seen arresting a Palestinian man on Eid day in Jerusalem [Faiz Abu Rmeleh/Anadolu Agency]
May 29, 2020 at 3:19 pm

The Palestinian Centre for Human Rights (PCHR) has documented over 100 violations of international human rights law inflicted by Israeli occupation forces and settlers in just one week in the Occupied Palestinian Territories (OPT).

According to a PCHR report published yesterday, a total of 106 Israeli human rights abuses were comprehensively recorded; however, the restrictions imposed under the state of emergency have hindered the NGO's ability to cover all incidents in the OPT.

"This week, which marked the Muslim holiday, Eid al-Fitr, which celebrates the end of the holy month of Ramadan, was no different, as IOF attacks continued; additionally, settlers shot and wounded Palestinian farmers, set lands ablaze and attacked houses," the rights NGO stated.

As noted by PCHR, Israeli forces unlawfully killed five Palestinian civilians, including a child who posing no imminent threat to life, using live ammunition during Israeli military raids into Ramallah and Tubas.

Moreover, Israel continued to expand illegal settlements and related infrastructure in the occupied West Bank, including the dismantling of a caravan and demolition of a house still under-construction in the central Jordan Valley, because it did not have the necessary permit from the Israeli occupation authorities.

Such permits are almost impossible for Palestinians to obtain. It said three Palestinians were forced to demolish their homes themselves.

There are now some 650,000 Jewish settlers living on occupied Palestinian territory, including in East Jerusalem. All of Israel's settlements are illegal under international law. The Fourth Geneva Convention prohibits an occupying power from transferring its population onto occupied land.