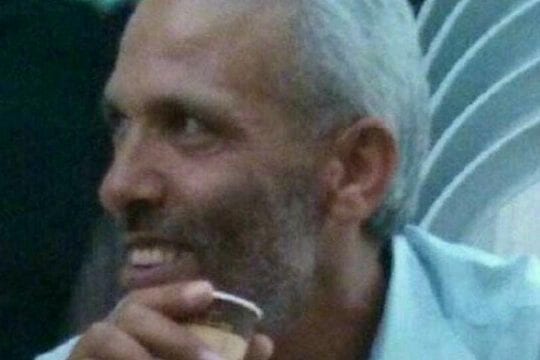 Israeli police officers shot an innocent Palestinian teacher and left him to die, a new investigation has found. Shocking details of the killing of Yacoub Abu Al-Qiyan in 2017 have been uncovered by Haaretz, exposing the negligence of Israeli soldiers who allowed the 47-year-old to bleed to death even though medical personnel were only a few metres away.

Al-Qiyan's death has been mired in controversy from the start. An Israel cover-up of his killing was exposed last year.

The incident took place during the forcible evacuation of Umm Al-Hiran, a Bedouin village located just outside Beersheba in the Negev Desert in southern Israel. Several homes in Umm Al-Hiran – a village that is "unrecognised" by Israel – had been slated for demolition, one of which belonged to Musa Hussein Abu Al-Qiyan, the elderly father of Yacoub.

During the pre-dawn demolition raid, the Israeli authorities claim, he had tried to ram his car into some policemen, killing one of them. The incident was subsequently labelled as a Daesh-inspired "terror attack", to which the police responded in "self-defence". Abu Al-Qiyan was shot dead at the scene.

However, an exclusive report by Haaretz last year revealed that one police officer – known only as "S" – admitted hours after the incident that he did not believe that his life or the lives of his colleagues were in danger as a result of Al-Qiyan's driving. This remark, the Israeli daily pointed out, was made to a Shin Bet coordinator known as "Taher" and contradicted his testimony given later to investigators from a unit of Israel's Justice Ministry, which probes allegations of police misconduct.

The latest probe by Haaretz found that Al-Qiyan had asked villagers to avoid any violence and to permit the Israeli forces to destroy the village homes to prevent an altercation. Moreover, Justice Ministry investigators who searched Al-Qiyan's computers found no links to terrorism and nothing to suggest that he posed a threat.

The shocking details of his killing confirmed that Al-Qiyan had died as a result of the failure to receive medical treatment. Dr Maya Forman of the forensics unit that performed the autopsy is reported as saying that, "Had he received treatment, he apparently would not have died."

Al-Qiyan was left in his car wounded but alive, while medical personnel stood just 10 metres away. The medics were told not to provide the teacher with any treatment.

According to the Justice Ministry investigator, "He [Al-Qiyan] didn't die of a gunshot. The guy died of loss of blood for dozens of minutes. In other words, if you would have noticed and worked as you should, this guy wouldn't have died."