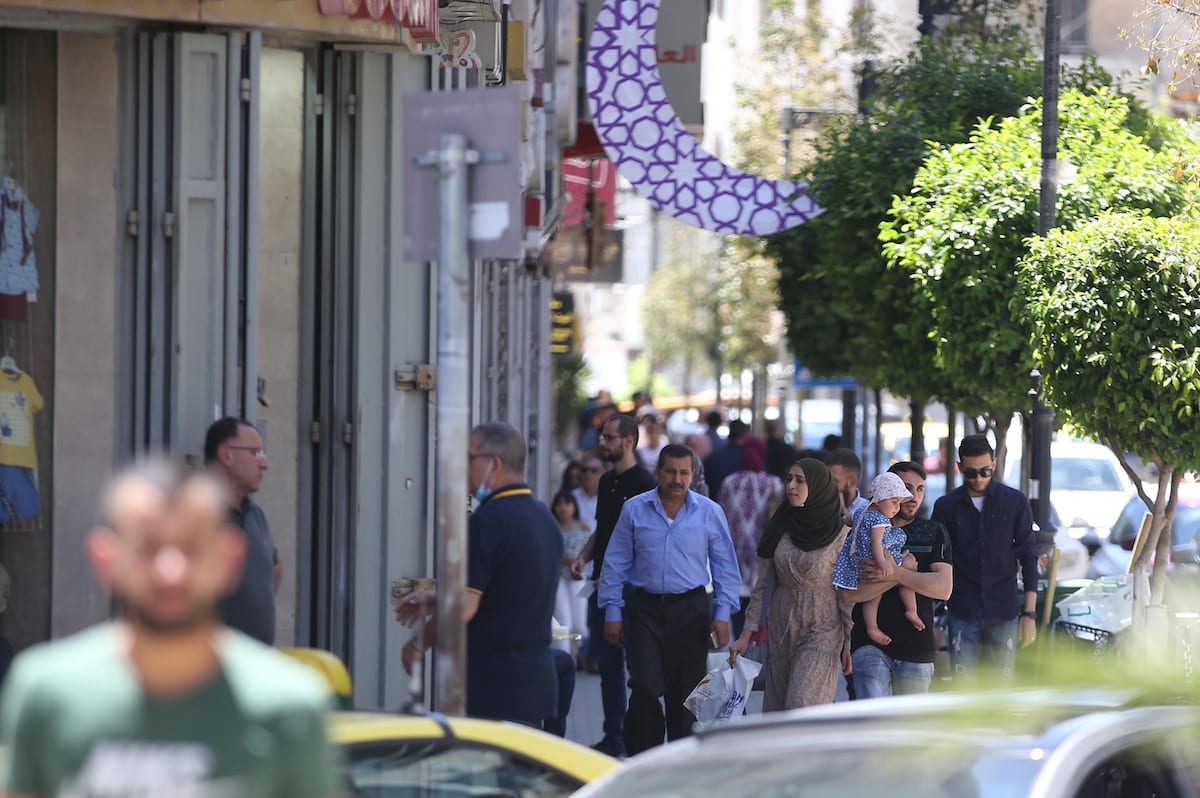 People socialise as part of coronavirus normalization process during the third and last day of Eid al-Fitr in Ramallah, West Bank on 26 May 2020. [Issam Rimawi - Anadolu Agency]
July 2, 2020 at 1:08 pm

A five-day lockdown throughout the occupied West Bank is to return tomorrow following an increase in coronavirus infections there, reported Wafa news agency.

Government spokesman, Ibrahim Milhem, announced yesterday in a news briefing that starting tomorrow, all West Bank governorates will be in lockdown and all businesses will be closed except for pharmacies and supermarkets, which will open 12 hours a day.

Travel and movement for non-essential reasons will be prohibited, he added.

Concerns over the occupied territories have mounted in recent days following a local outbreak. "As the government sees it, the length of the lockdown will correlate directly with the level of public health consciousness of its citizens, the latter of which has not been in evidence in recent weeks. That is what caused this relapse," Milhim said.

He said the lockdown will help the health authorities contain the disease which has reached unprecedented levels after ending the previous two-month lockdown on 27 May.

Following the easing of the previous coronavirus lockdown in late May, Palestinian Health Minister Mai Al-Kaila said the territory had entered a second wave of infections "more dangerous than the first".

This resurgence comes mainly as a result of contacts with Palestinians from inside Israel or those working in Israel, according to medical experts.

Tens of thousands of Palestinians travel to work in Israel as day labour and Palestinian Prime Minister Mohammed Shtayyeh has urged them to self-isolate for 14 days.

Those who are temporarily staying in Israel have been asked not to return home for the time being.

According to Wafa, Palestine confirmed this morning 220 new coronavirus cases, bringing the total number of confirmed cases in the occupied territories to 3,315.