Tunisia: Tataouine on open strike, including oil and gas fields 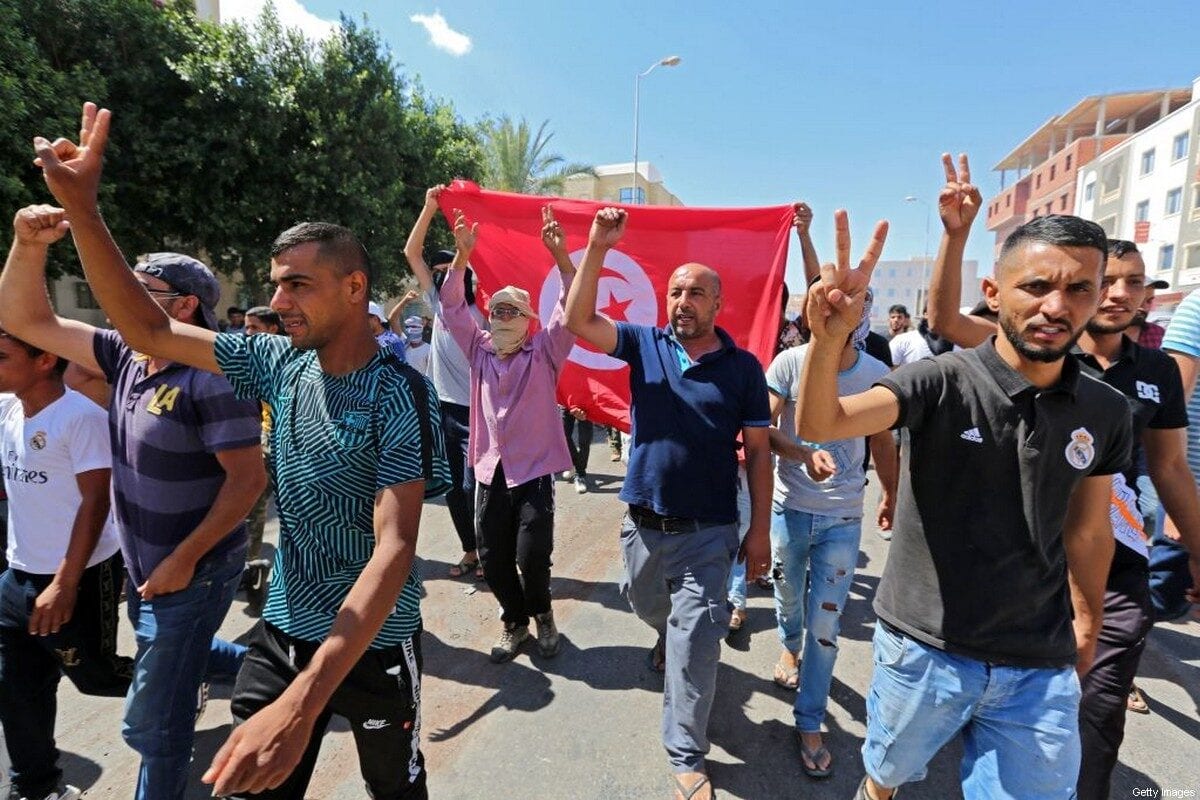 Tunisian chant slogans during a gathering, to demand the release of detained protesters who were tried for disrupting public order, in front of the local court in Tataouine on 23 June, 2020 [FATHI NASRI/AFP via Getty Images]
July 4, 2020 at 2:27 pm

Tataouine, a Tunisian governorate in the southeast, on 3 July launched an open general strike, demanding that the government implements the El-Kamour Agreement, concluded in 2017.

The strike includes all government institutions in the region, with the exception of some educational institutions and hospitals, as well as a number of private institutions.

In a statement to Anadolu Agency, Salem Bounhas, a member of the local labour office in Tataouine, affiliated with the Tunisian General Labour Union, disclosed: "It is expected today that working in the energy facilities in the desert and the production will be suspended."

Bounhas added: "Today we went on an open general strike that included all public sector institutions and the public service. Production will be cut off in all the desert oil and gas fields until the government responds to the demands of the region."

Bounhas held the government responsible for the strike: "After it denied the governorate's right and did not fully implement El-Kamour Agreement."

In June 2017, the government and representatives of protesters in El-Kamour concluded an agreement to end a sit-in that lasted more than two months, in exchange for responding to protesters' demands for employment and the development of the governorate.

On Thursday, the local labour union in Tataouine called for an open general strike that includes all public facilities and the oil and gas sectors.

On Tuesday, the Tunisian government approved a number of measures for the governorate, including hiring 500 people in a number of sectors until the end of the current year, which was rejected by Tataouine citizens.

The protesters are demanding to hire more than 1,500 people in the petroleum companies operating in the region, the employment of 500 others in the environmental and horticulture companies, and allocating an amount of 80 million dinars ($32 million) annually to the development fund within the governorate.

The Tataouine governorate is equivalent to a quarter of the country's area and includes oil fields that produce 40 per cent of Tunisia's total oil and gas production.

Tunisia: Demand for release of leaders of protests calling for job