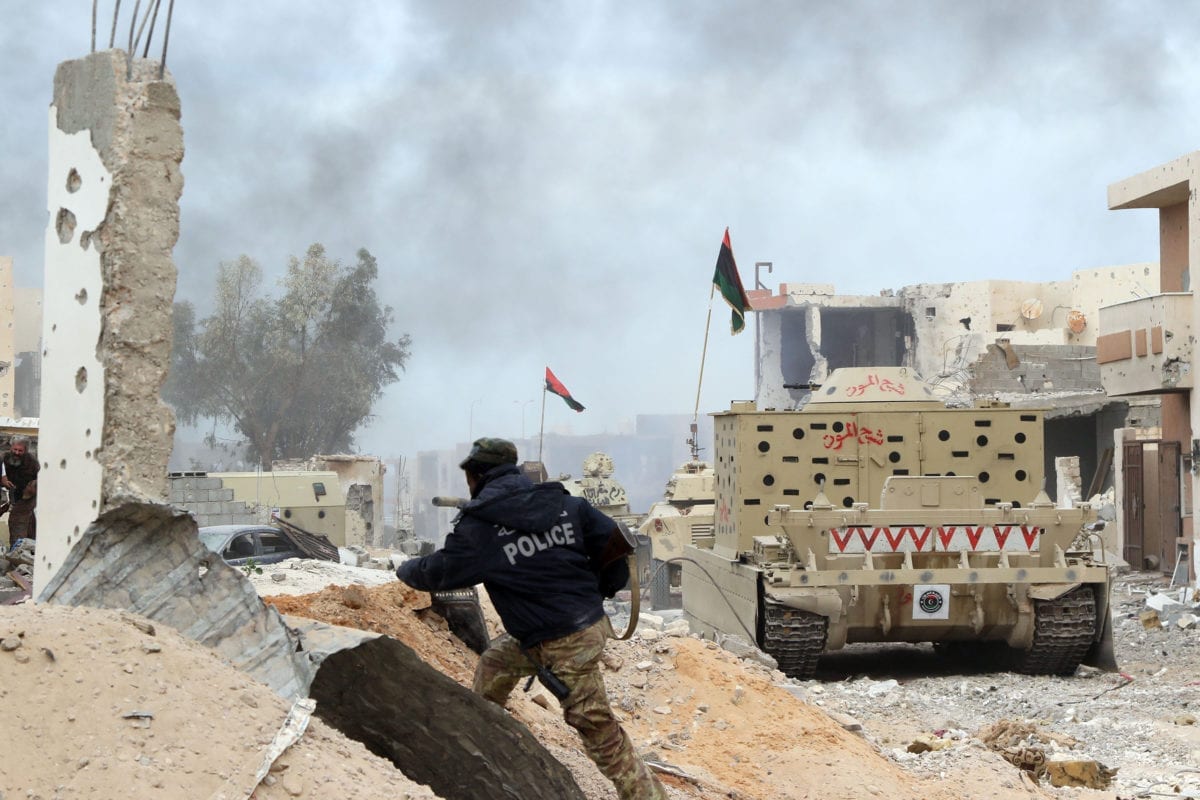 Sources in Libya have confirmed that Russian mercenaries belonging to the Wagner Group paramilitary organisation have withdrawn from Sirte, Al-Quds Al-Arabi has reported.

The indications are that the Government of National Accord (GNA) may soon launch an operation to retake control of the city from the forces loyal to renegade Field Marshal Khalifa Haftar despite the "red line" set by Egypt's Abdel Fattah Al-Sisi. A spokesman for the GNA warned the Egyptian president against military intervention in Libya.

According to a Libyan military source, the Russian mercenaries have redeployed in Al-Jufra region in central Libya. The withdrawal may be the result of an understanding between Russia and Turkey. Turkey backs the GNA, while Russia has deployed aircraft to Al-Jufra Air Base in support of Haftar.

A spokesman for the GNA forces, Colonel Mohammad Kanonu, called for an end to the presence of mercenaries supporting Haftar. He described the Field Marshal as a war criminal who allowed the invasion of Libya by land and air.

Kanonu emphasised the need to liberate cities in Libya and extend state authority over the whole country. He said that the time has come for oil to flow again, and pledged that those responsible for the mass graves in Tarhuna and the mines laid in the Tripoli suburbs will not go unpunished.

The GNA Colonel also warned Al-Sisi on Twitter that Egypt will face the same chaos that the Egyptian leader is helping to cultivate in Libya. Al-Sisi said recently that the Egyptian army's intervention in Libya has "international legitimacy" and called for Libyan tribes to be armed.

In a related context, the Head of the Supreme Council of State, Khaled Al-Mishari, accused the UAE of working to sabotage Libya's security, politics and economy, and destroy its social fabric. In an interview with Al Jazeera Mubasher, Al-Mishari added that he has confirmed information that the government in Abu Dhabi was linked to the bombing of several sites in Libya, as well as attempts to hit the local currency and stop oil production.

According to the latest official estimates, the decline in oil production has cost Libya about $6.5 billion. In addition, it faces massive costs to repair damaged infrastructure, pipelines and oil wells.