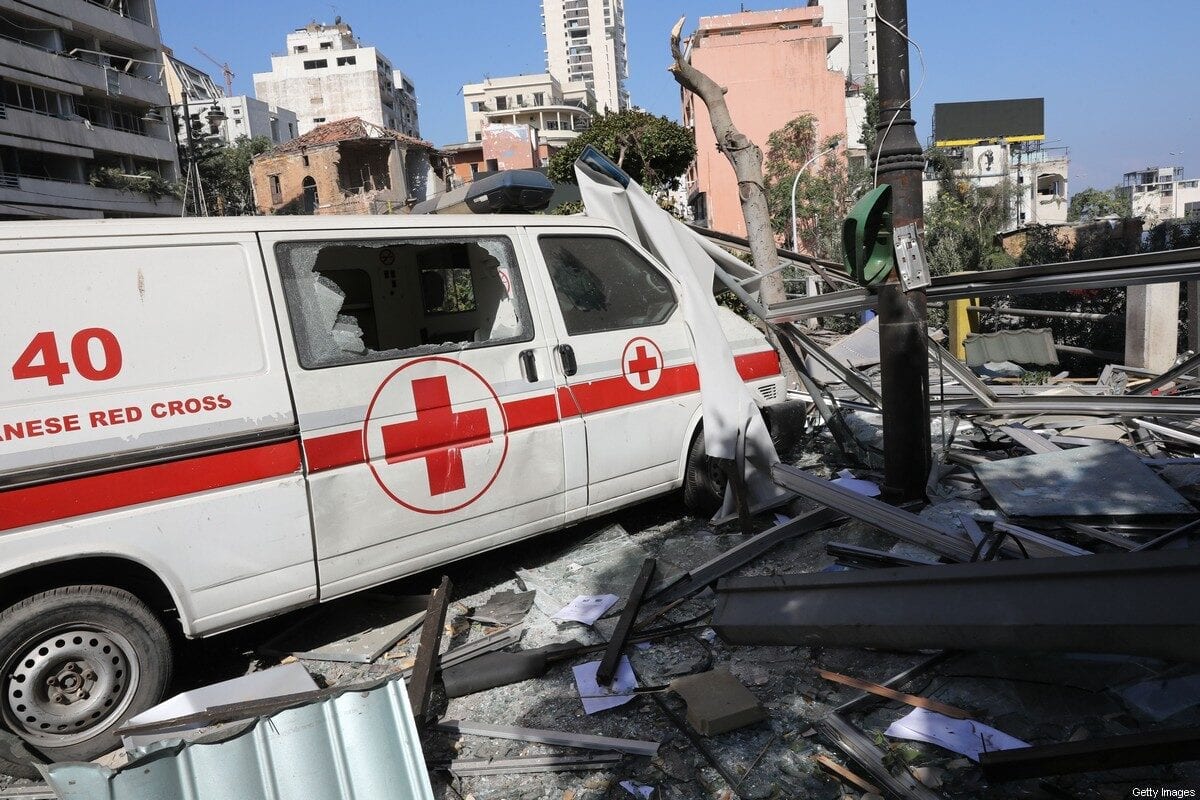 An emergency command vehicle of the Lebanese Red Cross is pictured in the aftermath of yesterday's blast that tore through Lebanon's capital and resulted from the ignition of a huge depot of ammonium nitrate at Beirut's port, on August 5, 2020. [ANWAR AMRO/AFP via Getty Images]
August 6, 2020 at 6:00 am

Lebanon has received four field hospitals from Qatar, Iran and Jordan on Wednesday, in addition to urgent medical assistance to help deal with the aftermath of the Port of Beirut explosion, Anadolu Agency reported.

On Tuesday, a massive explosion hit the Port of Beirut, causing devastation leading to more than 113 deaths, 4,000 wounded and more than 300,000 displaced.

According to Anadolu Agency, Qatar sent two field hospitals with a capacity of 500 beds for each, as well as Iraq and Jordan sending one field hospital each.

An Amiri Air Force aircraft carrying two field hospitals and other medical supplies reached the Rafic Hariri International Airport in Beirut arriving from Qatar on Wednesday. Additionally, upon the instruction of King Abdullah, a field hospital including all medical supplies and necessary personnel arrived in Lebanon to provide medical aid.

Meanwhile, Lebanese mass media reported that the country has received oil supplies to continue until the country recovers from the tragedy.

The Iraqi oil minister informed Lebanese Prime Minister Hassan Diab that Baghdad will provide fuel assistance to Beirut, according to a statement issued by the Lebanese government.

Lebanese media also reported that shipments of wheat will arrive on Friday from Iraq after the blast left the Lebanese capital with wheat shortages, according to Al Jazeera.

Lebanon is currently suffering severe economic and political crises, and it is feared that it would never recover from the consequences of the explosion without international support.