Oman FM says country is 'open to all Yemenis' 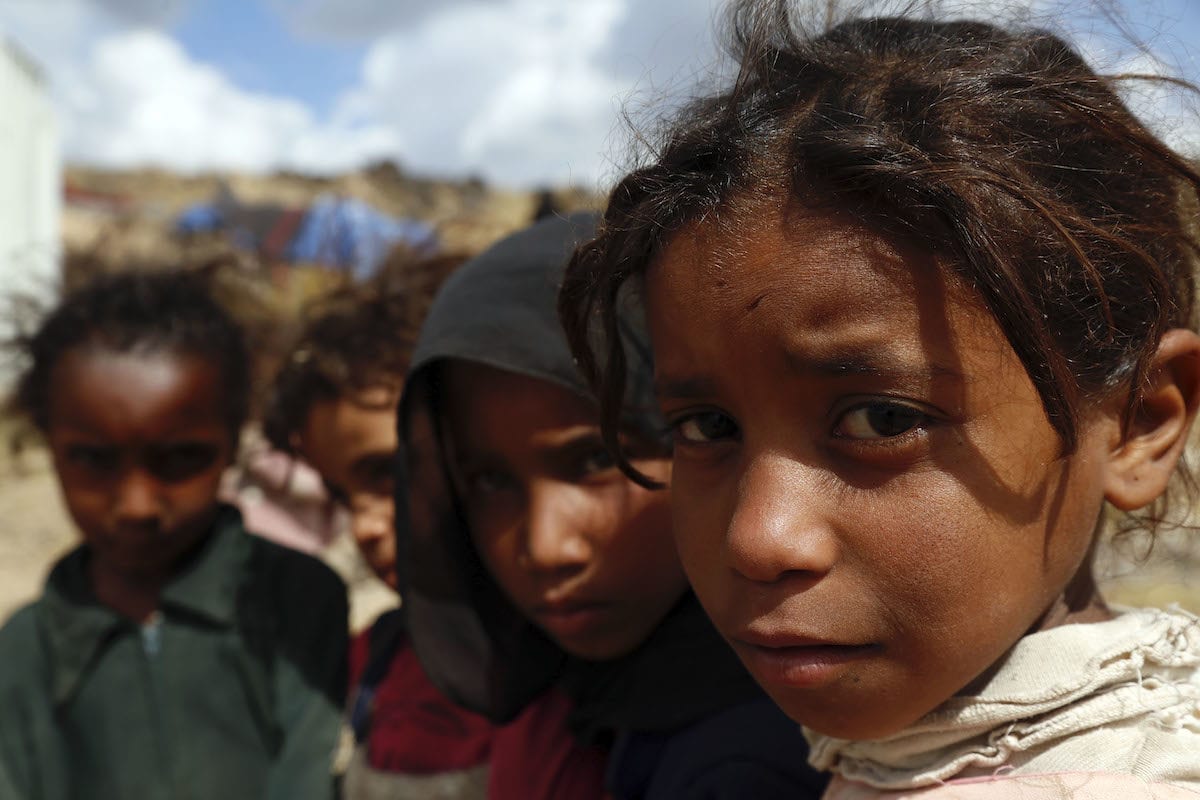 Civilians, who fled from the ongoing civil war where numerous civilian killed, are seen during their daily lives despite many difficulties at Al-Raqah refugee camp in Amran province of northern Sanaa, Yemen on 24 November 2019. [ Mohammed Hamoud - Anadolu Agency ]
August 10, 2020 at 3:03 pm

Oman's Minister of Foreign Affairs has said that his country's borders are open to all Yemenis leaving and returning home.

"Our borders are open to all Yemenis who go to other countries and come from abroad to Yemen, and this is an opening for a meeting between north and south Yemenis," Yusuf Bin Alawi Bin Abdullah said, reported the Yemen Press Agency yesterday.

Bin Alawi reiterated the Sultanate's stand with the Yemeni people in a neutral way, seeking to find solutions to the conflict that has ravages its neighbour for the past five years.

"The Yemenis are our brothers and neighbours and we are seeking with them and others to resolve the differences and we will be able to look at the past and look to the future," Bin Alawi said, while also acknowledging that the Yemeni crisis is complex, but maintaining that if the Yemeni factions talk, they will overcome their problem.

At the end of last month, it was reported that the UAE-backed separatist Southern Transitional Council (STC) had given up on its ambitions of self-rule in the south and instead joined the internationally-recognised government, headed by Saudi-based Yemeni President Abd Rabbuh Mansur Hadi. However, clashes still persist between STC forces and Islah-affiliated militia who are fighting in support of Hadi. Not all southern-based factions are in agreement with the power-sharing Riyadh Agreement signed last year, one separatist faction yesterday announced its firm rejection of any agreements which do not lead to self-rule. Another group, based in Mahrah near the border with Oman, the Southern National Salvation Council (SNSC), has previously voiced its opposition to the presence of both the Saudis and the Emiratis in Yemen and called for an armed uprising earlier in the year.

Regarding Oman's neutral method in diplomacy, the official said that his country's diplomacy has some clarity with everyone and does not like to embarrass other countries or be embarrassed.

The minister also ruled out the likelihood in escalating tensions between regional rivals Saudi Arabia and Iran that could lead to an all-out confrontation in the Gulf, as Oman has political and trade ties with both nations.