Why are we not supporting refugees instead of asking if they are just after our money? 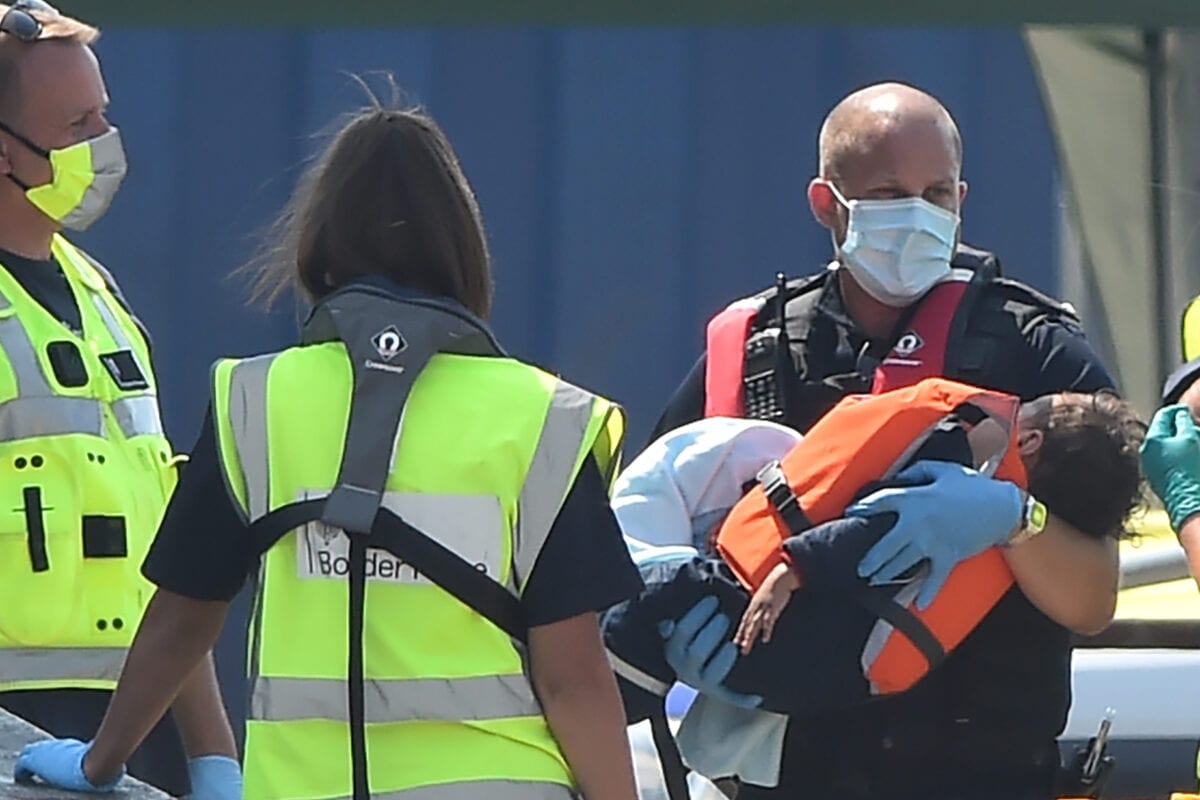 A young child is carried by an official as migrants, believed to have been picked up from boats in the Channel, are processed by Border Patrol officers in the port of Dover, on the south-east coast of England on August 9, 2020 [GLYN KIRK/AFP via Getty Images]
Amy Addison-Dunne
redamylou
August 11, 2020 at 3:12 pm

The UK's racist Nigel Farage has once again added fuel to the hostile and toxic "debate" on refugees, when he filmed a video patrolling the English Channel on a boat and claimed there was an "invasion" of refugees in Britain. French coastguards, he continued, had dumped the refugees in British waters and left, declaring it an outrage.

He went on to praise UK Home Secretary Priti Patel for saying she was working "night and day" to stop these crossings.

As debates were sparked across the media, one journalist asked a Syrian refugee on ITV's Good Morning Britain if he and others only came to the UK to claim benefits. Hassan Akkad, who nearly drowned making his way out of war-torn Syria and to the UK, laughed at the suggestion.

Although journalist Adil Raye insisted that he had asked the question only to help dispel this myth, it still begs the question why people still hold this view.

On average, a refugee receives £37 ($48) a week from the benefits system. Even the most conservative assessments put the average cost of living in the UK at £1,245 ($1,631) per month. Refugees do not pay thousands in savings, or worse still borrow thousands at high interest, to risk their lives to cross one of the most dangerous stretches of water in the world, on a flimsy dinghy with defective life jackets to kick back on a fiver a day the UK government deems sufficient to cover basic expenses. They come because their chances of safety in Europe are exponentially better than they would be at home, where wars, corruption and extortionate inflation mean even the most basic commodities are out of reach.

Almost half of Britons (49%) say they have little (22%) to no sympathy (27%) for the migrants who have been crossing the channel from France to England https://t.co/vjnNs8zUff pic.twitter.com/xCJHVbP8sG

The UK has had two generations who have not lived the realities of war, and so don't appreciate its complexities. To use just one example of people fleeing en masse, we look at Idlib province in Syria. Despite it being agreed upon as a de-escalation zone by opposing sides, the people of Idlib face regular air strikes by Russian and regime forces, poverty, imminent death and injury are part of the realities of war for the residents. Their once beautiful homes have been reduced to rubble, friends and family lost, and the prospect that any day they and their children could be killed or, even worse, rounded up and jailed in overcrowded cells where torture is prevalent are a daily reality.

Neighbouring Iraq has suffered for years, first under US sanctions which were apparently imposed to restrict President Saddam Hussein but inevitably forced normal citizens to live without medical treatments and other essentials. This was followed by the 2003 US invasion which has brought with it years of unrest, corruption and led to the collapse of the welfare state established by Hussein.

Both countries continue to suffer at the hands of Daesh fighters.

Further south lies war-torn Yemen, where millions face famine, disease and the terror of a coronavirus outbreak in a country where medical infrastructure is at breaking point, and finite, precious resources will have to be diverted to quelling the pandemic, which inevitably will kill many Yemenis who can't access services.

At the end of 2019, the UNHCR, the United Nations' refugee agency, reported that a huge 79.5 million people are forcibly displaced around the world. Four million Syrian refugees have fled to Turkey, and the rich economic bloc of the European Union (EU) pays Turkey, Greece and the Libyan coast guards substantial amounts to prevent these desperate refugees from entering the European mainland.

Last year, Italy criminalised the act of saving a boat full of drowning refugees, threatening fines of up to €1 million ($1.12 million).

How many refugees has the UK taken? There are around 126,720 people who have been forced out of their homes and who now reside in the UK; 0.0016% of the global refugee population. 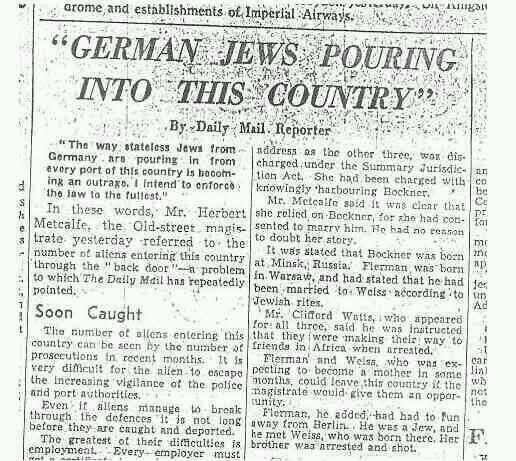 The UK appears to have learnt little from history and its past treatment of refugees from Europe during the Nazi era. Despite the self-congratulatory statues and the proud nostalgia of how Jews fleeing persecution in Nazi Germany were "helped" by the British, media reports at the time used the very same language as Farage to describe these desperate and helpless people.

In one article by the Daily Mail in 1938, these refugees were said to be "pouring into this country". An Old Street-based magistrate by the name of Herbert Metcalfe was quoted saying: "The way stateless Jews from Germany are pouring in from every port of this country is becoming an outrage. I intend to enforce the law to the fullest." The article went on to say that the Mail had repeatedly pointed out that these "aliens" were entering the UK through a "backdoor", so this is nothing new.

The UK is the world's sixth richest economy, an economy which is partly propped up by a military industry that arms the very countries which are being raged by war and those that are fighting them.

Every refugee who makes the perilous journey to Europe and then onto the UK is a human being, like you and I. It was only luck that meant we were born or moved of our own will to reside on this side of the Channel. The fact that we are fixated by the money refugees may be entitled to and not just ready to offer them the psychological help they need to overcome the years of trauma they have suffered shows there's something very wrong with our society.