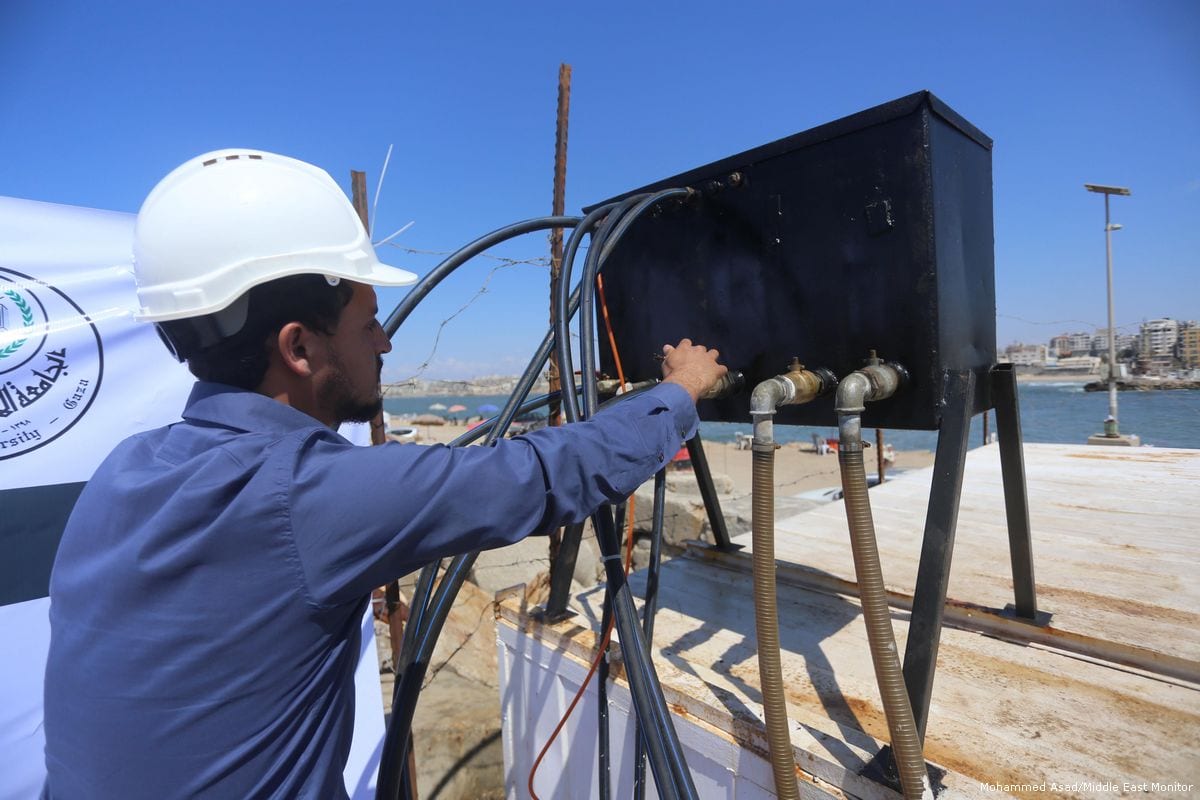 Due to the severe lack of electricity in Gaza, Palestinian engineers generate electricity using waves from the sea [Mohammed Asad/Middle East Monitor]
August 17, 2020 at 10:37 am

Fuel shortages in the besieged Gaza Strip are forcing the enclave's only electricity plant to shut down tomorrow morning, the Palestinian Power Authority announced yesterday.

In a statement, the Power Authority said the plant "will completely stop as its fuel is expected to run out."

The Power Authority said that the Israeli occupation "stopped fuel supplies for the electricity plant entering on Wednesday."

Palestinian living in Gaza suffer regular blackouts as a result of the fuel shortages with electricity being provided for less than 12 hours a day.

Last year, Qatar started to pay for fuel needed to run the electricity plant but Israel no longer allowed it entry as part of punishing measures being imposed on Gaza, including stopping access to Gaza's waters and a ban on the entry of several materials including cement.

Gaza has been under a strict Israeli siege for 14 years.

READ: As South Africa fought for freedom we must do the same for Gaza, says Palestine activist