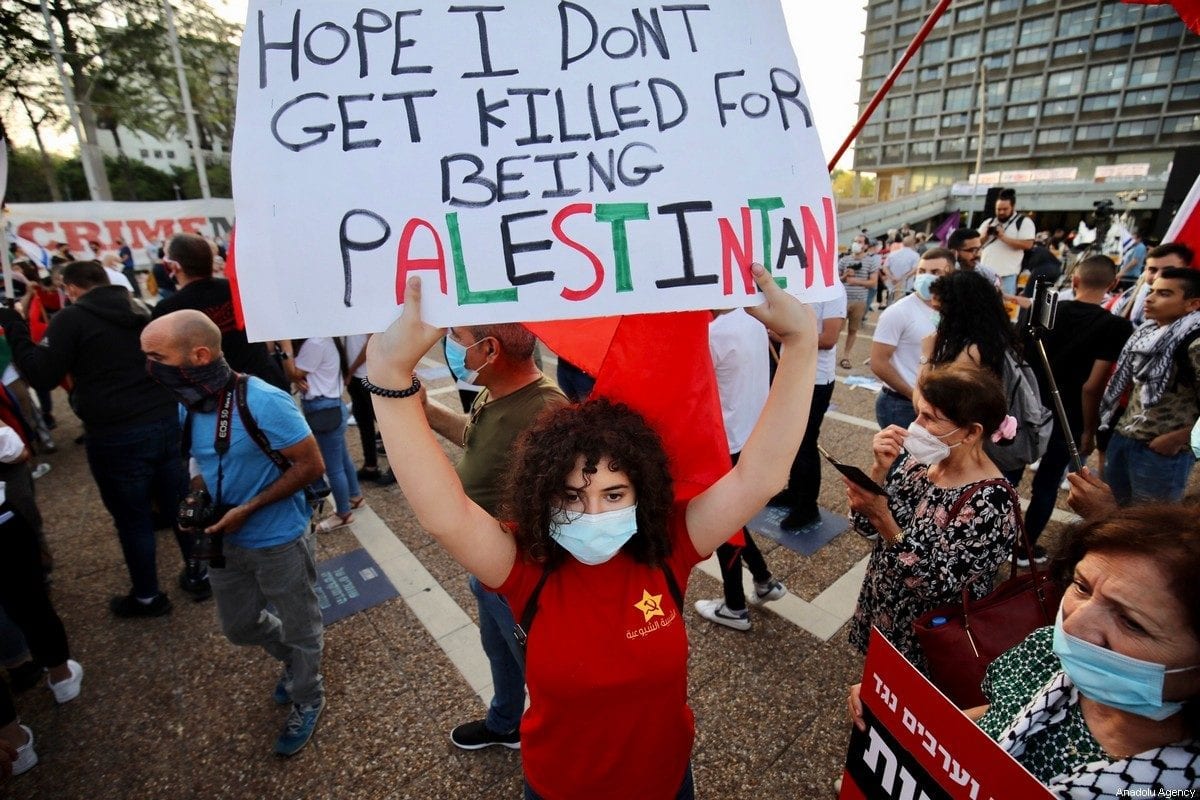 Israelis gather to stage a demonstration to protest against Israel's annexation plan for the illegal settlements in Tel Aviv, Israel on June 6, 2020 [Mostafa Alkharouf/Anadolu Agency] 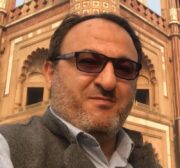 The Israeli plan to annex what's left of Palestine leads us to a simple conclusion: It is time for freedom-loving people of the world to take concerted action to oppose the Trump-Netanyahu Peace Plan. This misnamed peace plan has a single benefit – it has laid bare Israel's intent to colonise Palestine and to annihilate the idea of a sovereign, viable Palestine. It is an attempt to regularise Israel's control of illegally occupied land, from which Palestinians have been forced out of since 1948.

The plan is a one-sided agreement conceived by Trump in collusion with Netanyahu, which they intend to impose on Palestinians. This is standard US-Israeli practice. The Palestinian people have, since the inception of the Israeli occupation, been pressured to concede more and more to the demands of Israel; in contrast, there has been no pressure on Israel to cease its breach of international law. 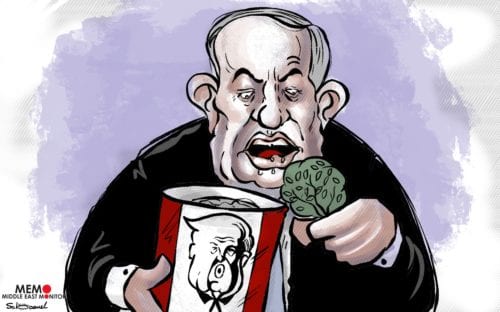 We are all aware that the current plan is a direct contravention of UN Security Council Resolution 446 (1979), which determined that the Israeli policy of establishing settlements in Palestinian and other Arab territories occupied since 1967 has no legal validity.

In addition, the Fourth Geneva Convention prevents Israel from taking any action which would result in changing the legal status, geographical nature and "materially affecting the demographic composition of the Arab territories occupied since 1967, including Jerusalem" and most significantly "not to transfer parts of its own civilian population into the occupied Arab territories".

Because the current plan is blatantly illegal, the US-Israeli alliance is using coercion to force the Palestinians to submit. It is, therefore, no surprise that Trump announced the move of the US embassy to Jerusalem, the reduction of aid to UNRWA, the closure of the PLO offices in the United States, and acknowledged Israel's sovereignty of the Golan Heights. In addition to these egregious actions, the plan is premised on Palestinians giving up their right to international justice in the ICC.

Israel's concern with Turkey: Libya in the west, Azerbaijan in the east

Israel's policy in relation to Palestine has since its inception been underpinned by three factors; military occupation, ongoing annexation of Palestinian land, and a system premised on inequality for Palestinians. This policy has been actively pursued since the first expulsion of Palestinians in 1948 (the Nakba).

Despite the wrongs suffered by Palestinians, many powerful countries in the international community have remained idle and put the onus for resolving the conflict at the door of the Palestinians. Despite the Palestinian sacrifice, the Palestinian people are not against peace; in fact, like all other peoples of the world, they yearn for a life of peace and prosperity.

A peace process, which does not seek to address the fundamental demands of Palestine, cannot succeed. A case in point is the Oslo Peace Accords. It is evident that the Oslo Peace Accords were unsuccessful; they did not bring peace, and there is certainly no accord on the resolution of the conflict. The process was flawed from the onset, as it did not propose conclusive outcomes, in fact, it relied on future consensus and a gradual approach. This approach gave Israel the opportunity to maintain and entrench their control while foisting responsibility for security on the Palestinians.

The accord did not deal constructively with the fundamental demands of the Palestinians – the right of return, the end to annexation and return of land obtained illegally, the creation of a sovereign Palestinian state with Jerusalem as its capital and the release of political prisoners.

Whilst there are powerful forces supporting Israel, increasingly many people around the world have understood and supported the Palestinian quest for freedom. In the last few years, millions of people in all corners of the globe have asserted their support for Palestine and protested the illegal actions of Israel. This support comes from all sectors of society.

The alternative approach might be to have faith in the power of the people, through their publicly elected representatives, to exert pressure on their governments to do what is just and right for the Palestinians. 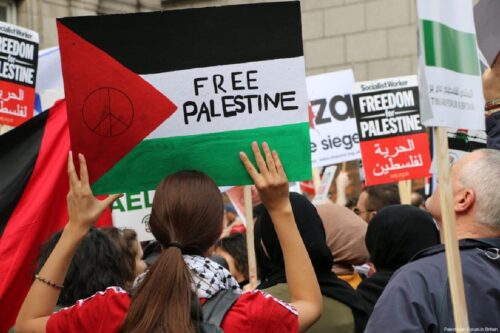 Protesters gathered in front of the Israeli Embassy in central London, UK on 30 March 2018 [Palestinian Forum in Britain]

We should maintain the focus to create a free Palestine. A peace process can only commence if the following fundamental conditions are met, namely the immediate end to all annexation, the return of land to its original owners, the acceptance of the right of return of all Palestinians, the immediate release of all political prisoners, and the right of Palestinians to have a viable sovereign state with Jerusalem as its capital.

READ: Iran and the new reality in the Gulf after UAE-Israel normalisation