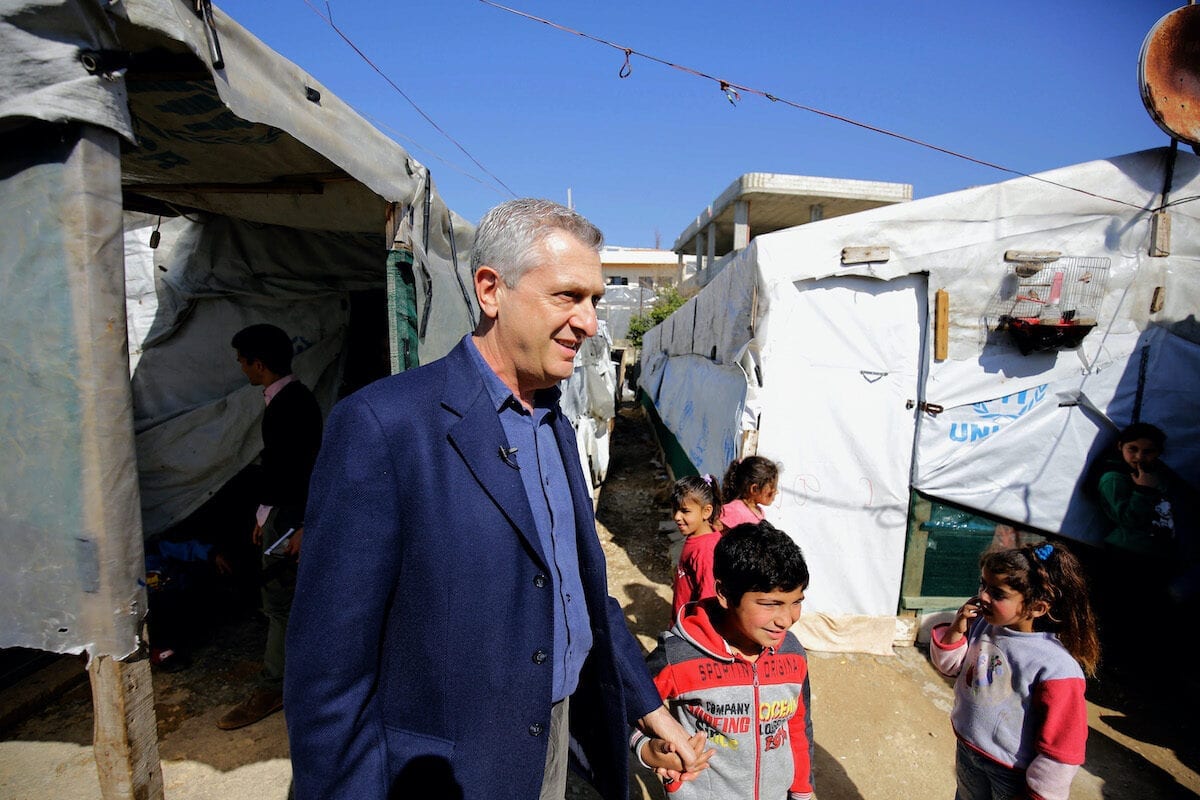 Filippo Grandi, the United Nations High Commissioner for Refugees, meets with Syrian refugee children at a camp in the village of Mhammara in the northern Lebanese Akkar region on 9 March 2019. [IBRAHIM CHALHOUB/AFP via Getty Images]
August 20, 2020 at 7:00 am

His remarks came during a meeting with Lebanese President Michel Aoun at Baabda Palace in Beirut.

"The UN refugee agency UNHCR usually focuses on supporting Syrian refugees, but we will also help Lebanese hospitals and will cooperate with the Lebanese Red Cross to provide shelters for 100,000 people," Grandi informed Aoun.

He noted that UNHCR would adopt: "Programmes for the psychological health of people following the explosion."

Grandi also conveyed that: "Millions of dollars were allocated for immediate relief and assistance to hospitals that were damaged as a result of the explosion."

He pointed out that UN organisations are working in coordination with each other to provide the required support to the affected Lebanese citizens, in parallel with the continuation of the programmes of concern for displaced Syrians.

Meanwhile, Aoun handed Grandi a copy of the Lebanese plan on Syrian refugees in Lebanon, presenting the direct repercussions of their existence in the country, amounting to more than $30 billion.

Grandi confirmed that UNHCR is working to obtain financial support from donor countries to enable it to fulfil its responsibilities to Lebanon and abroad.

READ: After Beirut's blast Brazil hints at withdrawing its peacekeeping mission from Lebanon