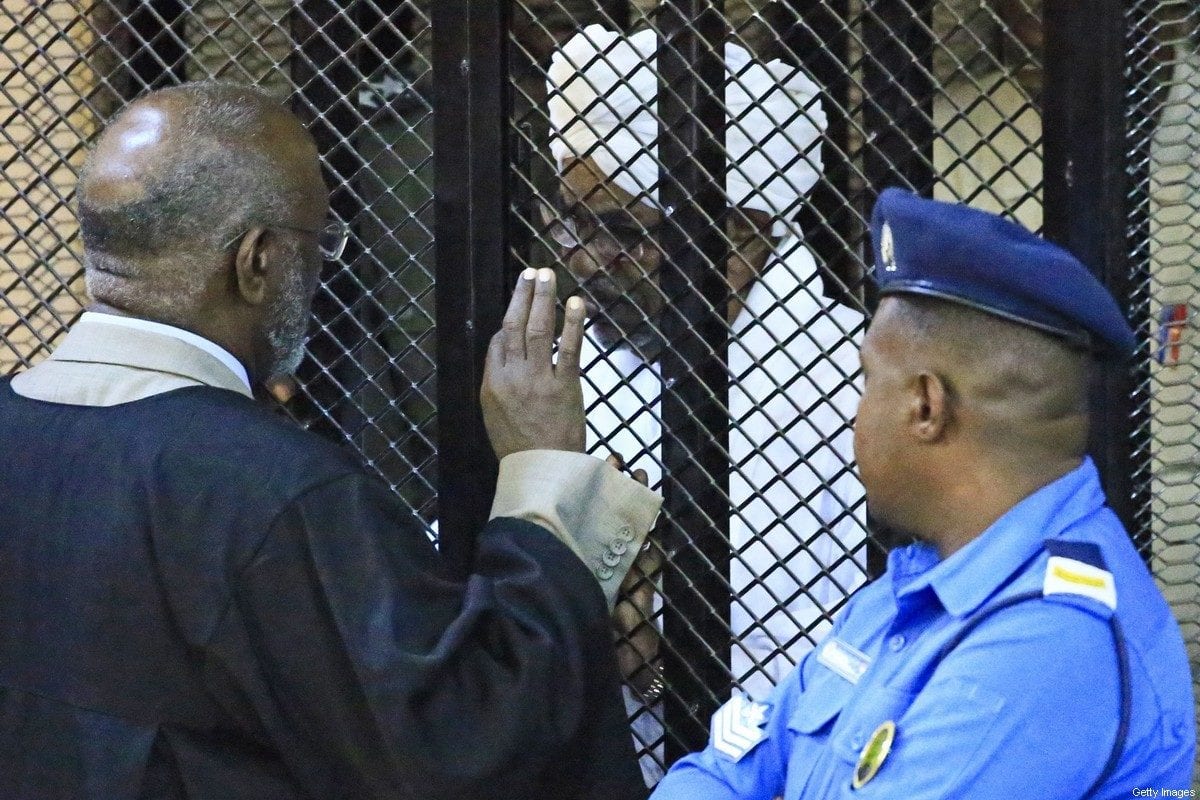 Sudan's deposed military president Omar Al-Bashir sits in a defendant's cage during his corruption trial at a court in Khartoum on 14 December 2019 [AFP/Getty Images]
August 26, 2020 at 2:55 pm

A Sudanese court yesterday resumed the trial of ousted Sudanese President Omar Al-Bashir over the 1989 military coup which brought him to power, AFP reported.

Al-Bashir and 27 other defendants are accused of carrying out the military coup.

The trial was originally set to start on 11 August but was delayed at Al-Bashir's defence team's request as they sought bail for him along with two other defendants.

According to AFP, the request was rejected.

Al-Bashir's trial started on 21 July 2019 after a complaint was filed against him and his aides over charges of undermining the Constitution and carrying out the 1989 military coup.

On 30 June 1989, Al-Bashir headed a military coup against Prime Minister Al-Sadiq Al-Mahdi, he then became president of the country.

He was ousted from power last year after months of popular protests.

READ: Sudan removes 151 judges over their association with Bashir regime