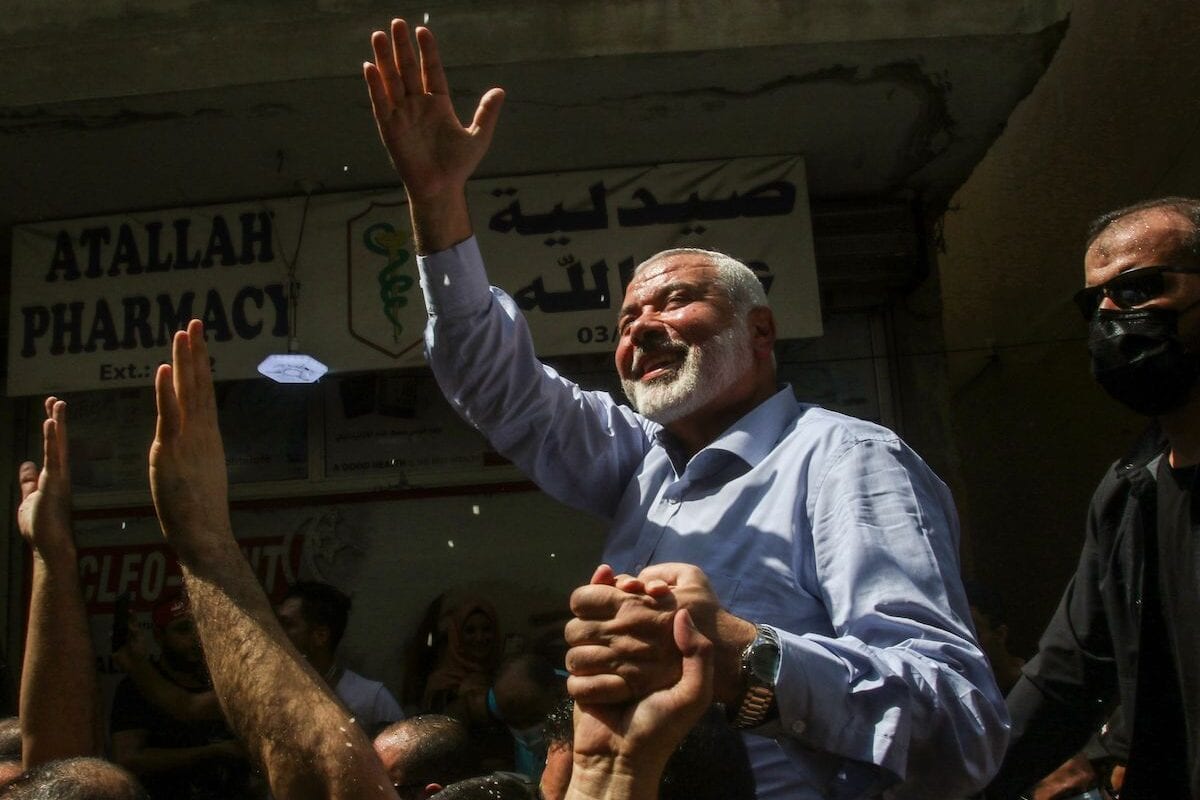 Head of Hamas' Political Bureau Ismail Haniyeh visited Nabatieh, in southern Lebanon, on Saturday, where Israel exiled him along with hundreds of Hamas members in 1992.

"Haniyeh visited the town of Marj Al-Zohour, where he and 400 other Hamas and Islamic Jihad movement members stayed in exile," Hamas said in a statement posted on its official website.

Describing the period of exile, Haniyeh said: "It was a stage that produced a strategic transformation in the history of Hamas and the Palestinian people."

"That period laid the groundwork for the basis of relations between resistance movements and some regional powers."

He continued: "Here, in isolated tents, we made victories and wrote the noble history of Palestine. Here, we gave the best example of sticking to one's homeland. Here, we said no to the Israel occupation which wanted to expel us from Palestine."

In the wake of the kidnapping of an Israeli soldier in the occupied West Bank in an effort to free Palestinian prisoners, Israel exiled 415 members of Hamas and Islamic Jihad from the West Bank and Gaza Strip to south Lebanon.

After constant protests, Israel accepted the return of 189 of them in September 1993 and the others remained in Lebanon until December of the same year.