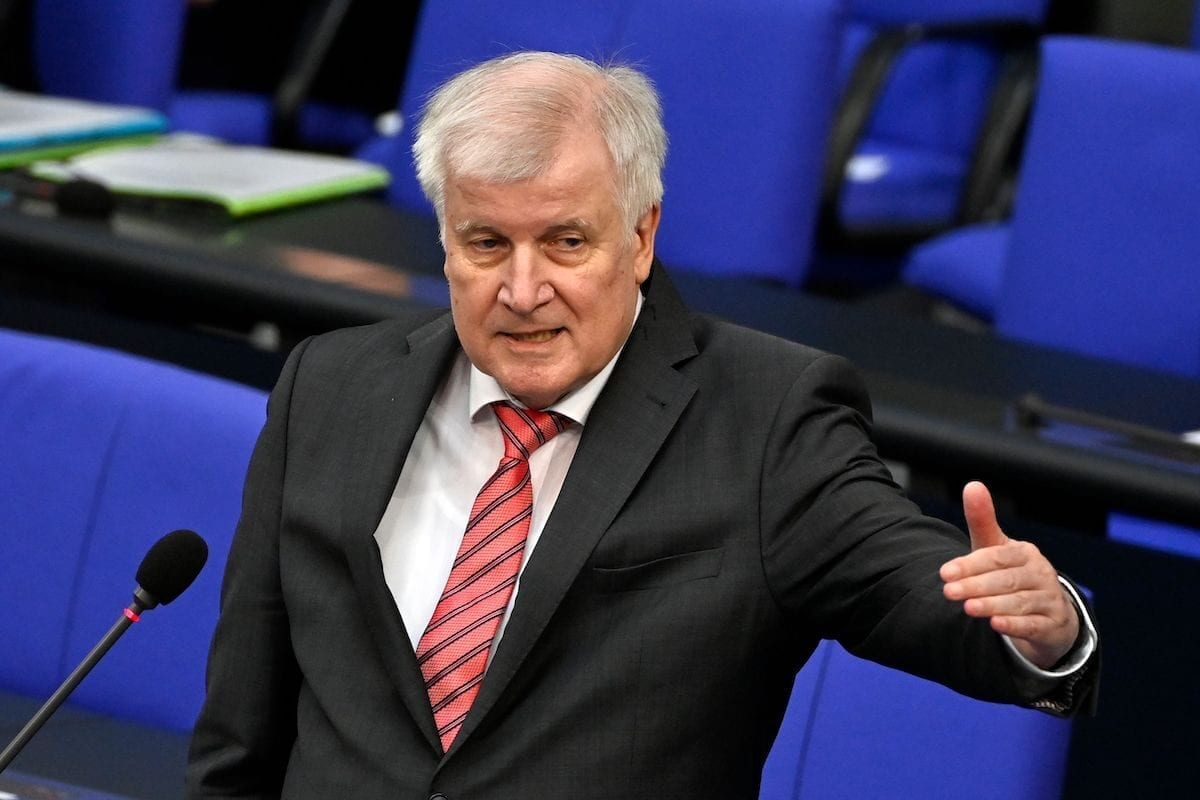 German Interior Minister Horst Seehofer gestures as he answers MP's questions during a session at the German Bundestag (lower house of parliament) in Berlin on 16 September 2020. [JOHN MACDOUGALL/AFP via Getty Images]
September 16, 2020 at 9:30 pm

Interior Minister Horst Seehofer on Wednesday defended Germany's decision to take a further 1,553 refugees from camps in Greece, saying the country could be proud of its role in Europe's migration crisis, Reuters reports.

On Tuesday, Germany announced it would take in 408 families, mostly children and their parents, after a fire devastated the overcrowded Moria refugee camp on the island of Lesbos, leaving almost 13,000 migrants homeless.

But the decision drew criticism, especially from the far-right Alternative for Germany (AfD) party which surged in popularity following Chancellor Angela Merkel's 2015 decision to let in more than a million refugees, some of them fleeing conflicts in the Middle East.

The latest move was not comparable in scale, Seehofer told German legislators, adding that, unlike in 2015, Germany knew exactly who it was taking in and all of them had already been confirmed to be genuine asylum seekers.

The total number of asylum seekers Germany would admit this year would not exceed 100,000, he added.

The decision to admit the asylum seekers followed pressure from regional politicians who said their cities and regions were prepared to take in refugees, and from activist groups who protested outside parliament under the slogan "We Have Space".

The federal government is still hoping to negotiate a Europe-wide solution under which refugees can be dispersed throughout the European Union.

"I am the only interior minister in Europe so far who has put forward a proposal for solving this issue," Seehofer told legislators. "Germany can be proud of that."

German society is divided on the issue. While 47% of people want to take in refugees from Moria, 39% do not, according to a YouGov poll for Die Welt.