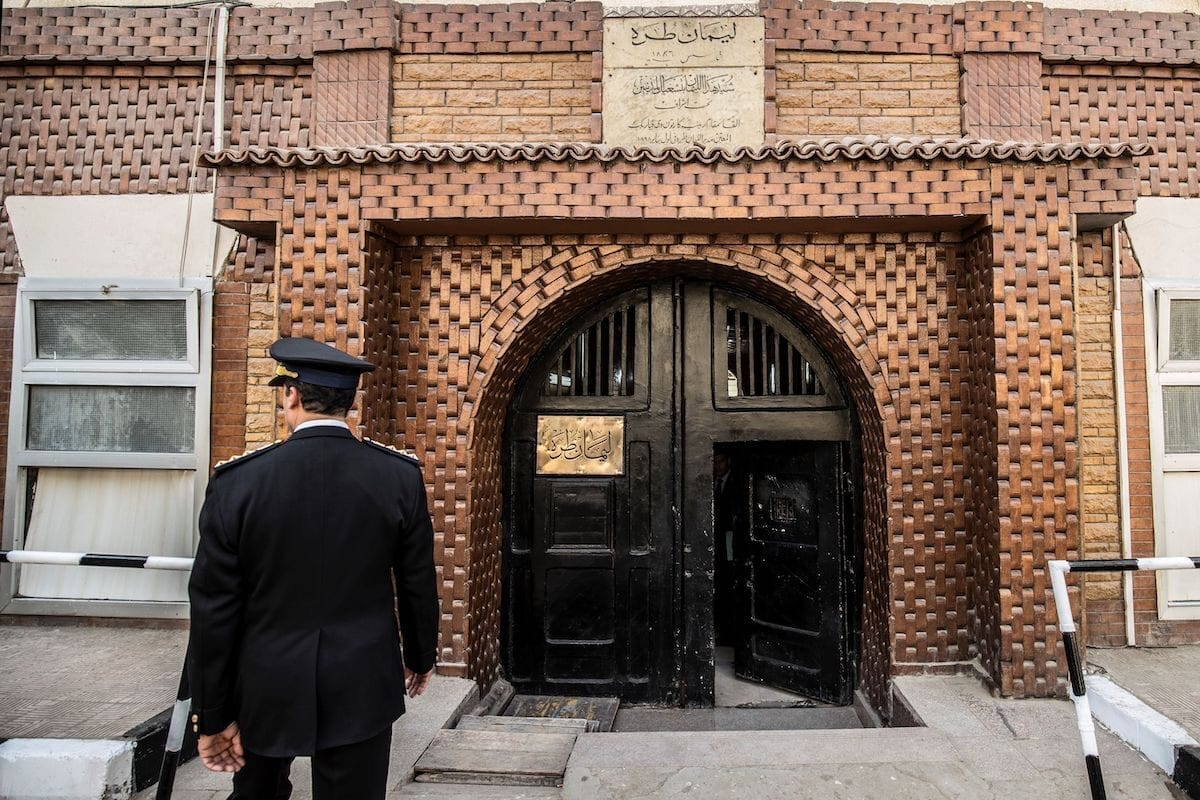 An Egyptian police officer enters the Tora prison in the Egyptian capital Cairo on 11 February 2020 [KHALED DESOUKI/AFP via Getty Images]
September 24, 2020 at 10:33 am

Human rights advocates have cast doubt over an Interior Ministry statement announcing the death of four inmates and three police officers at a prison in Egypt whilst attempting to escape.

The four were all political prisoners on death row who had exhausted all avenues of appeal and were due to be executed at any moment, however authorities have said they were convicted in "terrorism" cases.

"It's not possible to escape prison," says rights advocate Ahmed El-Attar. "What the Interior Ministry is saying is completely false information."

They were being held in Tora Prison, one of the highest security prisons in the country which is surrounded by cameras, both inside and outside, says El-Attar.

They would have been weak from the poor, cramped conditions they were held in, he adds. Prisoners are given little food, are not allowed sufficient time outside in the sun and are denied medical care, leading to questions of how they would have had the strength to overpower the police officers.

In addition to this, police officers are not allowed to carry guns inside the prison. The Interior Ministry has not released any information about what kind of weapon was used.

However, it is very difficult to ascertain what exactly happened since the only information available is what the Interior Ministry has published.

For detainees, contact with the outside world is completely restricted and mobile phones inside the prison are banned.

According to El-Attar, four policemen are now thought to be dead.