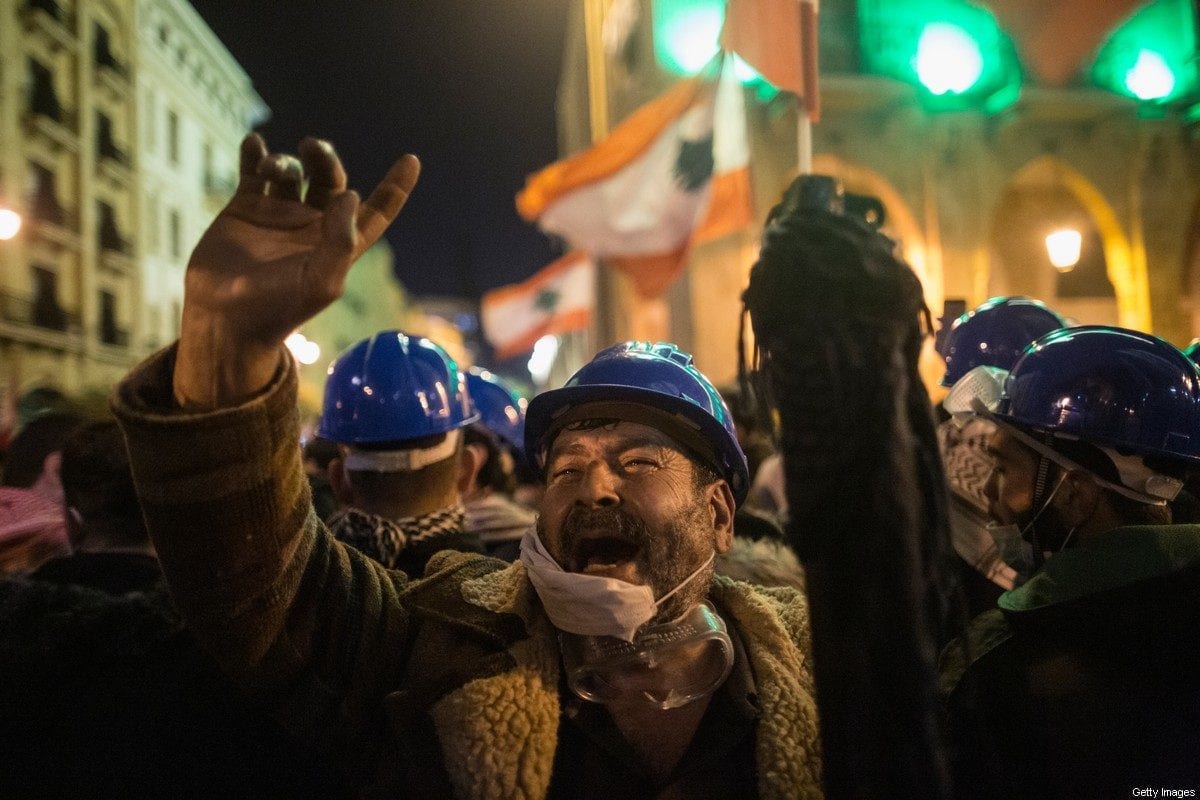 Anti-government protesters outside the Parliament building in Beirut, Lebanon on 15 December 2019 [Sam Tarling/Getty Images]
September 29, 2020 at 10:47 am

The Iranian Foreign Ministry yesterday rejected any direct or indirect intervention in Lebanon's internal affairs, saying it would not solve the country's crisis.

"The issue of Lebanon is an internal issue, and we believe that it should be resolved within the Lebanese framework and the Lebanese people's will while other countries can only provide assistance," spokesman Saeed Khatibzadeh said in a statement.

Khatibzadeh stressed that the formation of the Lebanese government is an internal matter and should be resolved according to the Lebanese people's will.

"We spoke with France about Lebanon earlier, but we do not invite any country to interfere in Lebanon's affairs," he added.

Lebanon's Prime Minister-designate Mustapha Adib stepped down on Saturday after failing to form an adequate cabinet to lead the country's reforms, as was laid out in a roadmap set out by France a month ago.