Israel latest spy satellite ready to be operated by army 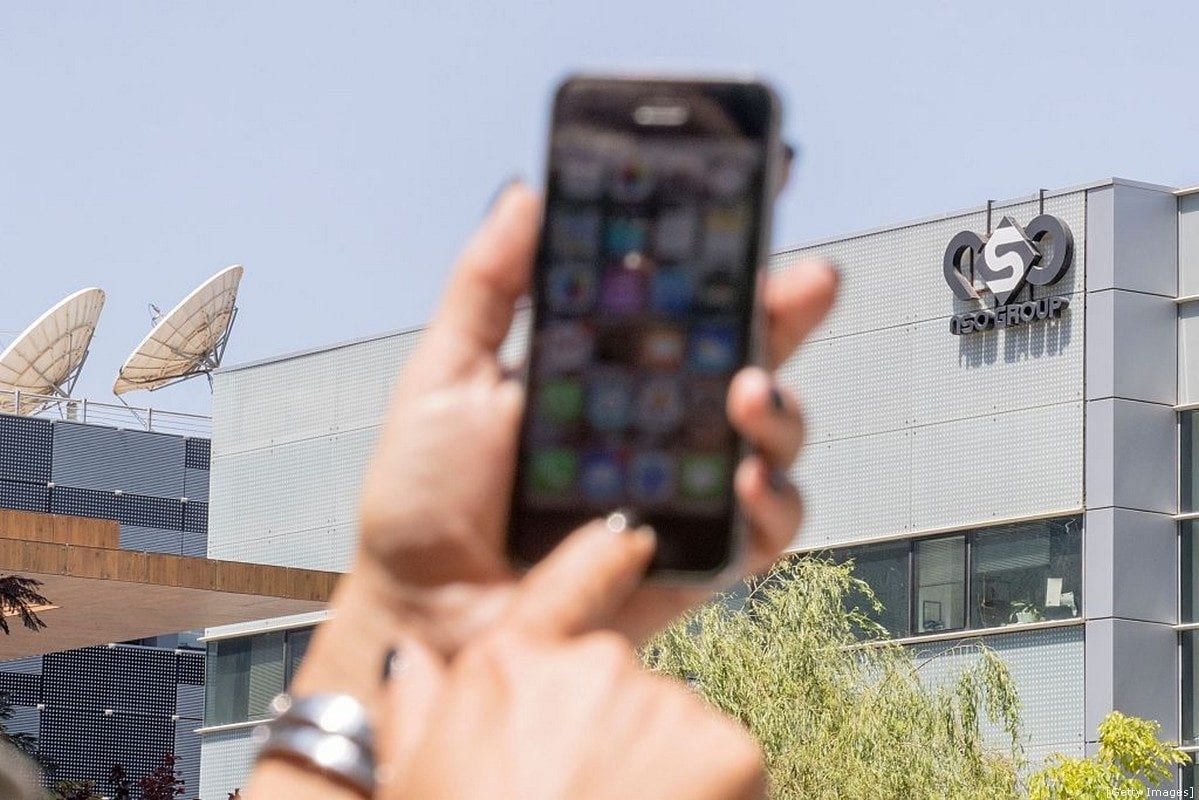 An Israeli woman uses her iPhone in front of the building housing the Israeli NSO group, on 28 August 2016, in Herzliya, near Tel Aviv. [JACK GUEZ/AFP/Getty Images]
October 5, 2020 at 1:57 pm

Israel's latest spy satellite, Ofek-16, has been handed to the Israel Defence Forces' visual intelligence Unit 9900, to use it for military intelligence purposes, the Ministry of Defence announced.

This comes following its launch into space in July from a site in central Israel, and the successful transmission of images, including from over the ancient Syrian city of Palmyra, close to where its regional rival Iran, which is seen as a major threat to Israel, is known to operate.

"Three months after its successful launch into space, and following a rigorous and pre-planned checking process, today the Space Administration in the Directorate of Defense Research and Development in the Defense Ministry and the Israeli Aerospace Industries completed the Ofek-16 reconnaissance satellite's preparations for operational use in space," announced the Defence Ministry.

The camera "is of a much higher quality, with capability-to-weight ratios that are better than anything on the market," it added.

State-owned Israel Aerospace Industries (IAI) was the main contractor for the project and the satellite's payload was developed by defence firm Elbit Systems, while the launcher missile was produced by the Rafael Advanced Defence Systems contractor.

According to the Jerusalem Post, the Ofek-16 carries Elbit's electro-optic, high-resolution camera that operates from a height of 600 kilometres.

The company also sells weapons to the Israeli military used in attacks on Palestinians.

Following the Ofek-16 launch in July, Shlomi Sudari, the head of IAI's space programme, said: "Our network of satellites lets us watch the entire Middle East and even a bit more than that."

Israel launched its first satellite, Ofek-1, into space in 1988, however it was not until seven years later, in 1995, that it launched a reconnaissance satellite into space capable of photographing the Earth.