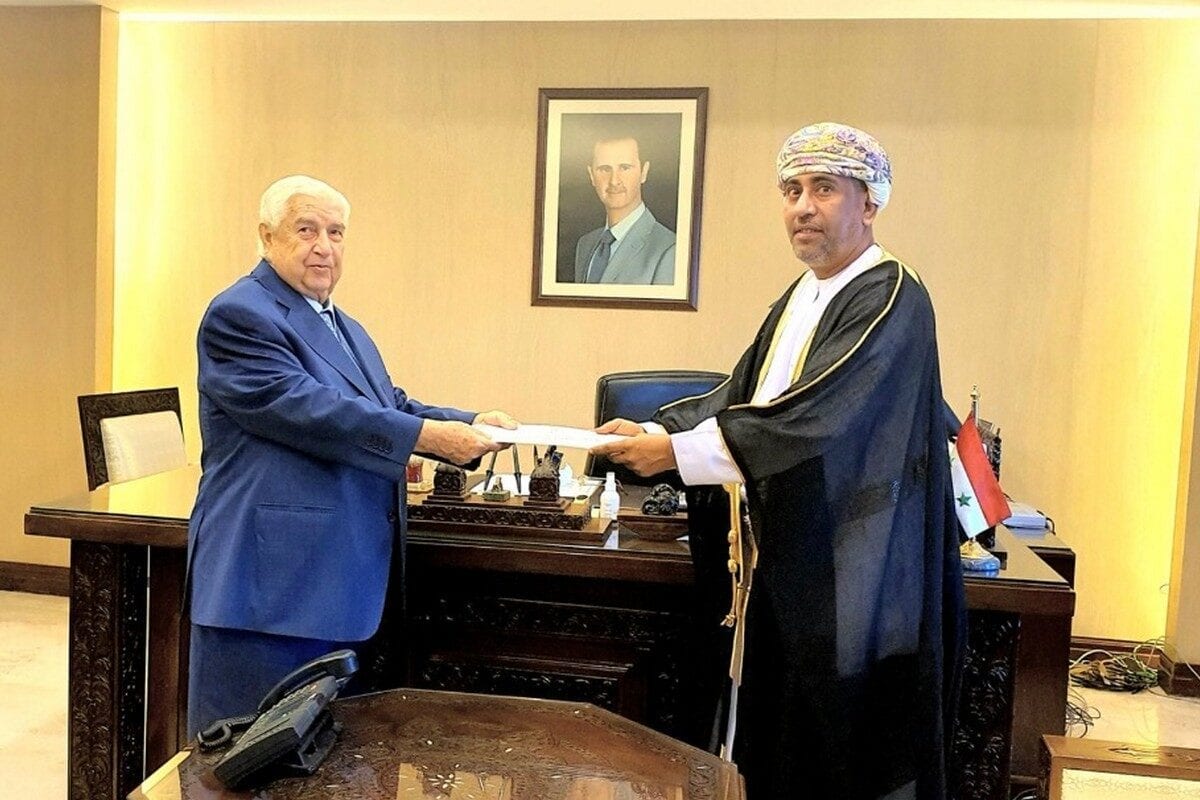 Syria yesterday announced that it had officially received the credentials of the first Omani ambassador to the country since the revolution against the regime began in 2011.

Local media reported that the credentials were accepted by the Syrian foreign minister in a meeting, during which the diplomats discussed bilateral relations.

"Turki Bin Mahmood Al-Busaidy has been accepted as the new Omani ambassador to Syria," the Syrian presidency announced on Facebook.

Oman maintained diplomatic relations with the Syrian government of President Bashar Al-Assad after the 2011 uprising.

In December 2018, the UAE announced that it would be reopening its embassy in Damascus marking another significant diplomatic boost for President Bashar Al-Assad. A foreign ministry statement said the move aimed to normalise ties and to curb risks of regional interference in "Arab, Syrian affairs" – an apparent reference to non-Arab Iran, whose support for Al-Assad has been critical to his war effort.

The following day, Bahrain announced that its embassy in Damascus was fully operational.

In January the following year, the UAE, Bahrain, and Oman resumed flights to Damascus.

Kuwait has said it would re-open its mission in Damascus if there is agreement in the Arab League, which suspended Syria's membership in 2011.

Assad forces have recaptured most of the country, with support from Russia and Iranian-backed militias . However, the United States has imposed new sanctions aimed at cutting support for Assad's government and warned that anyone doing business with Damascus would be at risk of being blacklisted.