Is Turkey really against the Arab countries and people? 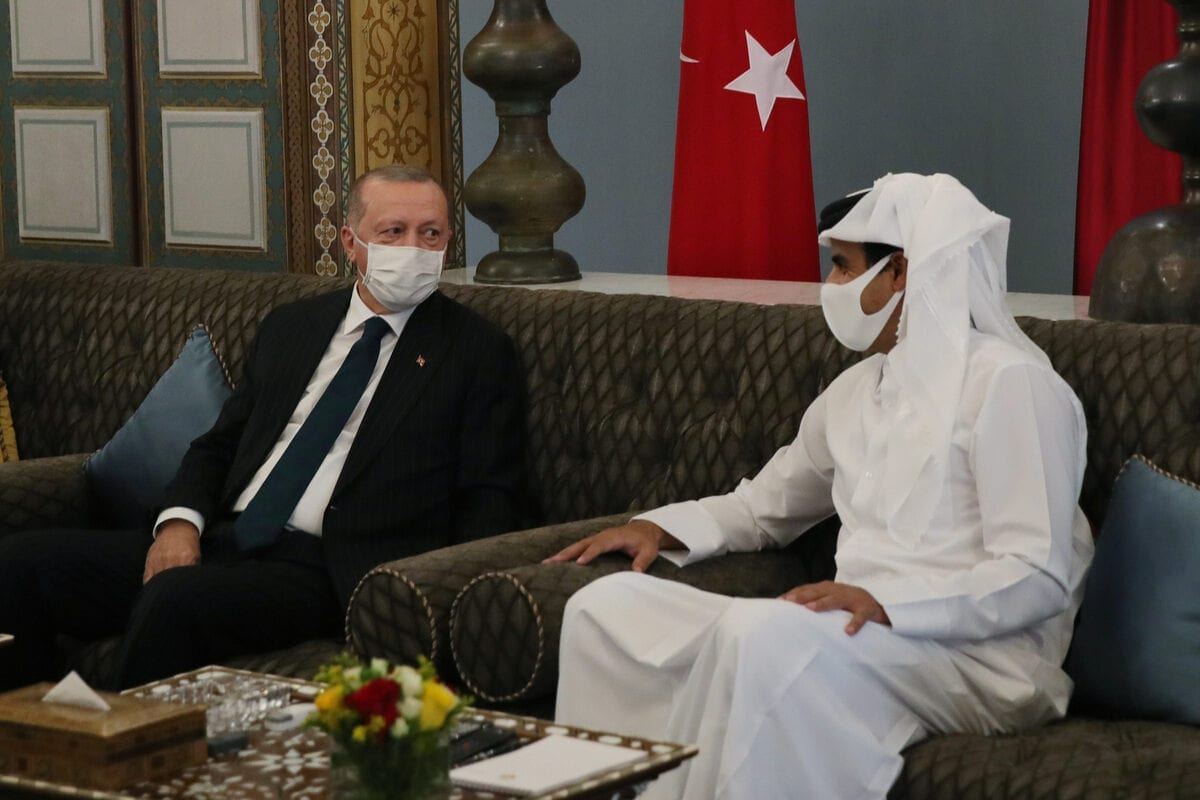 Turkish President Recep Tayyip Erdogan visited Kuwait and Qatar last week to discuss regional and international issues. He received a very warm welcome with royal receptions in both countries where he was greeted as a great friend of the leaders and the people. In Kuwait, Erdogan met with the new Emir, Sheikh Nawaf Al-Ahmad Al-Sabah to whom he conveyed his condolences on the death of his predecessor Sheikh Sabah Al-Ahmad Al-Sabah, who died recently aged 91.

During his stay in Qatar, the president visited the Turkish military base. He told the soldiers that their presence in the small Gulf State "is a symbol of brotherhood, friendship and solidarity between the two countries."

In one interview with a senior local journalist, Erdogan said that Turkey's military presence in Qatar serves the stability and peace not only there but also the whole Gulf. "No one except those making plans for chaos should be disturbed by Turkey and the Turkish military presence in the Gulf," he insisted.

This triggered a fierce hate campaign on social media, mainly in Saudi Arabia and other Gulf states. This was fuelled by remarks from Saudi officials who defamed Turkish history. According to Saudi academic Ahmed Al-Qubiban speaking to RT Arabic TV last week, Turkey "is a colonial power which is working hard to revive its colonial heritage in the Gulf region." He claimed that the Turkish military base in Qatar "divided" the regional states and contributed to dividing the Islamic world. Erdogan's Turkey, he said, is appealing to Qatar in order to get a cash injection for its "ailing economy".

READ: Turkey businessmen call on Saudi to stop blocking entry of their products

The head of Saudi Arabia's Chambers of Commerce, Ajlan Al-Ajlan called recently for "a boycott of everything Turkish, be it imports, investment or tourism… [this] is the responsibility of every Saudi 'trader and consumer', in response to the continued hostility of the Turkish government against our leadership, country and citizens." This was echoed by Saudi Prince Abdulrahman Bin Musa'ad.

Businesses in Saudi Arabia have been told to sign pledges not to import goods from Turkey. "Those who have large investments in Turkey were forced to authorise a third person to sell their investments and to repay the money to the kingdom," reported Mujtahid on Twitter.

Why is there such hate for Turkey, which is serving the Arabs more than the Arab states themselves? At first, I would tell those Arabs who claim that it is not an Arab state and its support for the Arabs is an attempt to interfere in the internal affairs of the Arab states, that Arabism is not an ethnicity. According to linguists, an affiliation to the language of Arabic, regardless of origin or religion, makes someone an Arab. I would then ask those who demonise Turkish support for the Arabs and their causes, what have you done for the Arabs to make it unnecessary for others to stand up for you? The short answer is… nothing.

Arab states, including Egypt, Jordan and the Gulf States, led by Saudi Arabia, have sold the Arab causes, not for any return, but for free. Egypt and Jordan sold the Gaza Strip and West Bank, which were occupied by Israel while under their control, when they signed peace agreements with the occupation state. Kuwait crushed the Palestinians after the 1991 Gulf War because of Yasser Arafat's support for Iraq. Saudi Arabia and the UAE hold dozens of Palestinians in their notorious prisons.

All the Arab states have taken part in the financial siege imposed on the Palestinians, and the Arab League has stopped paying its dues altogether. When he was Egypt's Foreign Minister, the Secretary-General of the organisation, Ahmed Aboul Gheit, pledged to break the leg of any Palestinian who approached Egypt to get food and medicine during the strict Israeli blockade. It is telling that former Israeli Foreign Minister Tzipi Livni declared war on Gaza in 2008 while standing alongside Aboul Gheit in Cairo.

The so-called Arab Peace Initiative does not guarantee any Palestinian rights; it was created as a fig leaf for the Arabs when they want to hide their failure to support the Palestinian cause. The "peace deals" between the UAE, Bahrain and the Israeli occupation state, needless to say, have done nothing for the Palestinians.

Putting Palestine to one side, who is behind the suffering of the Egyptian people? Yes, the West supported the 2013 military coup, but their tools were the Arab States, namely those who are spearheading the demonisation of Turkey: take a bow of shame Saudi Arabia and the UAE.

Who is responsible for the suffering of the people in Syria, Libya, Somalia and Yemen? Arab states and Arab regimes have committed war crimes in all of these countries. In Libya they have neglected the legitimate Government of National Accord led by Fayez Al-Sarraj, and have instead supported the renegade Field Marshal Khalifa Haftar.

Listing the atrocities committed by Arabs against fellow Arabs, and Arab regimes against their own people, leaves a bitter taste. Nevertheless, I would remind Saudi Arabia, the UAE, Bahrain and Egypt that they even banned babies' milk when they imposed their siege on Qatar in 2017.

Another reminder for these Arab "champions" is that it was non-Arab Erdogan who told the late Israeli President Shimon Peres in Davos in front of the whole world how the Israeli occupation kills Palestinian children. Arabs fleeing the oppression of the dictators in their own lands head for Turkey to join the 15 million other Arab refugees there. In Arab states, meanwhile, Arab Palestinians and Syrians are denied equal employment opportunities.

Have the Arab states liberated and secured any part of Syria as Turkey has? It is rebuilding homes and infrastructure and offering Syrian citizens food and health care, while also hosting 3.7 million Syrian refugees. The Syrian crisis is an ongoing witness to the fact that neither the Arabs nor their friends in the West are currently doing more for humanity than Turkey where, incidentally, 20,000 Arab students get free or almost-free tuition at Turkish universities.

Such largesse has extended to Turkey's response to the Covid-19 pandemic. Erdogan's government has sent medicines and medical equipment to more than 160 countries around the world, including the USA, UK, France and Italy, as well as Arab and African countries. What have the Arabs done? Saudi Arabia, the apparent of the Arab states, has produced the largest face mask in the world. That's it. Is Turkey really against the Arab countries and their people? The evidence suggests that the answer is no, and the tyrannical regimes in charge don't like it.