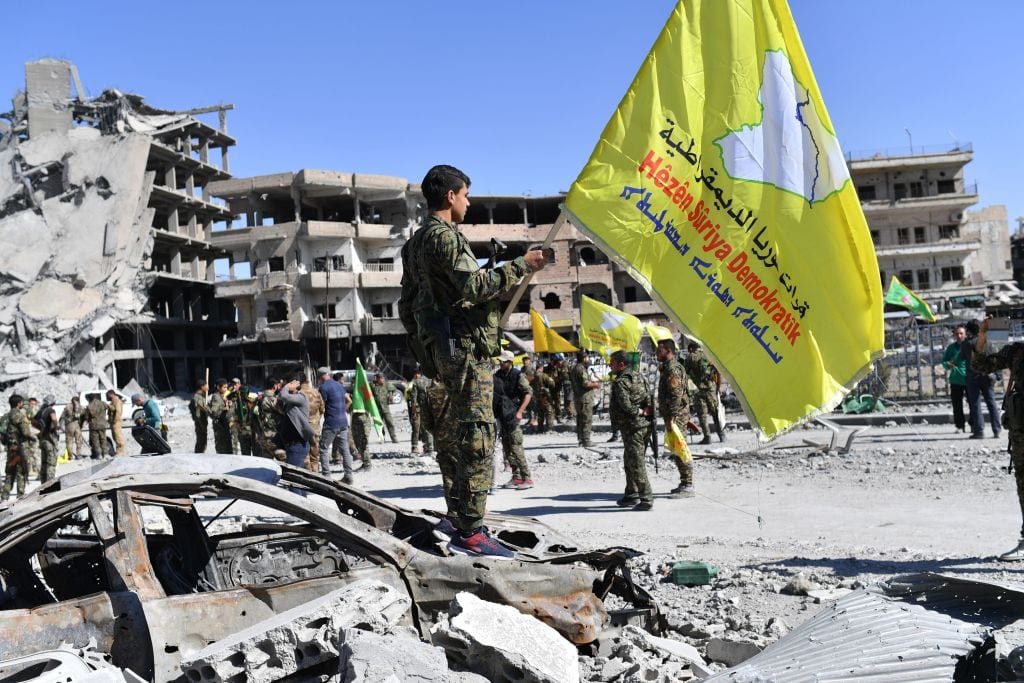 A senior delegation from the Swedish Foreign Ministry has visited north-east Syria to hold talks with the Kurdish militias and administration.

The delegation, led by the ministry's Special Envoy for the Syrian Crisis, Per Örnéus, and Avin Jetin from the European Institute for Peace, met with the Co-chair of the Kurdish administration's Foreign Relations Commission Abdulkarim Omar for talks on political and humanitarian matters.

The Swedish officials also discussed the issue of Al-Hol and Roj Camps in the area.

These camps hold the displaced family members of former Daesh fighters and are controlled by Kurdish militias such as the Peoples' Protection Units (YPG) and Syrian Democratic Forces (SDF).

READ: While the House of Assad crumbles, the West plays Sykes-Picot 2.0 with Syria's Kurds

The Swedish delegation then visited Washokani Camp near the city of Hasaka in order to inspect its conditions. Unlike the other camps, Washokani is home to those displaced by the Turkish army's Operation Peace Spring in October last year, conducted with the aim of clearing the Kurdish militias from the border with Turkey on the grounds of national security.

The camp's administration was questioned on the work it is doing with the money donated by Sweden. "We in Sweden," explained Örnéus, "offer exorbitant sums to the United Nations agencies. We are confused as to why they have not done their job in the Washokani camp until now."

According to the Syrian Observer, the co-chair of the camp's council Ala'eddin Jamil claimed that, "The displaced live in very difficult conditions in the camp due to the lack of available resources at this point in time." He also accused Turkey's intervention and presence in the Peace Spring areas as obstructing their return.

The Swedish delegation visit follows just months after France sent its own delegation to the area to hold secret talks, adding to the growing recognition of the Kurdish militias and their administration in the war-torn country.