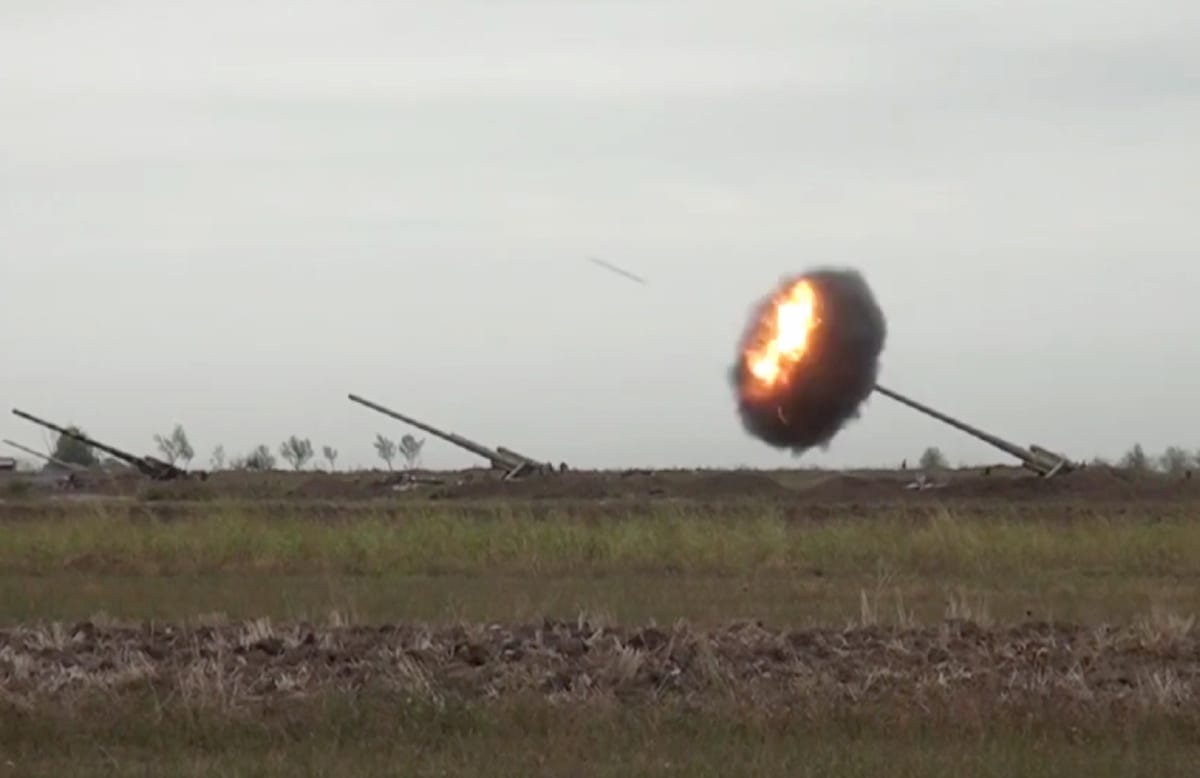 The image shared by Azerbaijan Defence Ministry shows howitzers firing munitions towards Armenian positions after the launch of a counter then a forward operation on September 28, 2020. Azerbaijani forces took control of some highlands around the Talis Village [AZE Defence Ministry - Anadolu Agency]
October 20, 2020 at 2:22 pm

Aliyev announced on his official Twitter account that 13 villages gained freedom with the help of the Azerbaijani Army.

"There are dead and wounded due to these heinous actions. Azerbaijan's army retaliated befittingly and liberated several settlements," he added.

On the other hand, Armenia and Azerbaijan accused each other on Sunday of violating a new humanitarian ceasefire in fighting over the mountain enclave of Nagorno-Karabakh, hours after it was agreed.

The new truce was announced on Saturday after Russian Foreign Minister Sergei Lavrov talked to his Armenian and Azeri counterparts by phone and called on all sides to observe the truce that he mediated a week ago.

Russia, France and the United States belong to the Minsk Group, which has attempted to help resolve the conflict under the umbrella of the Organisation for Security and Cooperation in Europe (OSCE).

Baku said on Saturday that 60 Azeri civilians had been killed and 270 wounded since the fighting flared on 27 September. It has not disclosed its military casualties.

Nagorno-Karabakh says 673 of its military personnel have been killed, and 36 civilians.