Turkey to distribute 100,000 tons of flour to needy 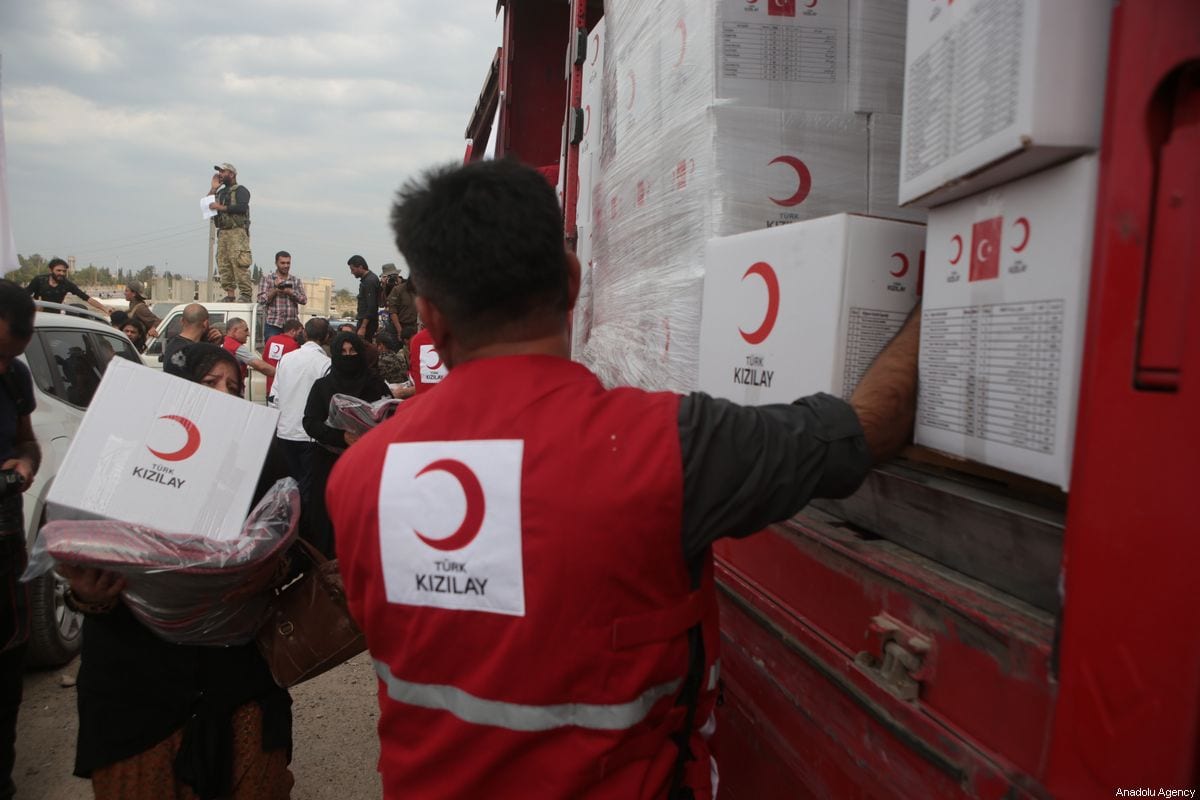 Members of Turkish Red Crescent distribute humanitarian aids to the civilians in Tal Abyad, Syria on October 19, 2019 [Ömer Alven/Anadolu Agency]
October 21, 2020 at 8:00 am

According to a presidential decree published in the gazette, the Turkish Grain Board (TMO) will supply up to 100,000 tons of flour and 10,000 tons of vegetables to the Turkish Red Crescent (Kizilay), which will distribute it to civilians in need, especially in Syria.

The Disaster and Emergency Management Authority (AFAD) will assist the Turkish Red Crescent in the transport and distribution.

Syria has been locked in a vicious civil war since early 2011, when the Bashar al-Assad regime cracked down on pro-democracy protests with unexpected ferocity.