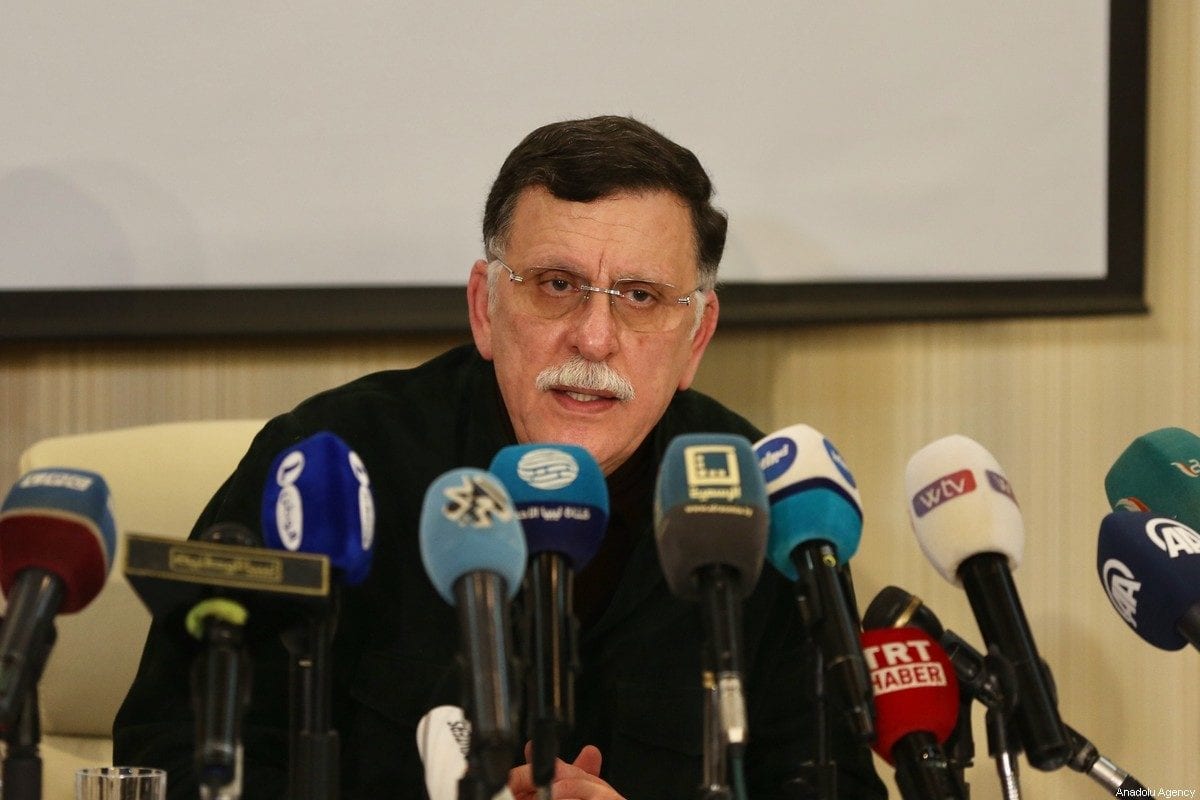 Fayez al-Sarraj, Chairman of the Presidential Council of Libya’s Government of National Accord (GNA) holds a press conference in Tripoli, Libya on 15 February 2020 [Hazem Turkia / Anadolu Agency]
October 23, 2020 at 6:03 pm

The permanent cease-fire agreement in Libya has opened the door for more successful talks, the country's premier said on Friday.

In a statement, Prime Minister Fayez al-Sarraj said the cease-fire deal will help "alleviate the suffering of Libyans and paves the way for the success of other economic and political talks."

Referring to warlord Khalifa Haftar, he urged citizens to "not tolerate those who committed crimes against Libyans and those who withdrew leaving mines and mass graves."

His statement came hours after the UN special envoy for Libya announced that the country's two main warring sides had signed a permanent cease-fire agreement during ongoing talks in Geneva.

Stephanie Turco Williams, head of the UN Support Mission in Libya, hailed the development as "an important turning point towards peace and stability in Libya."

Under the deal, she said, the parties agreed that "all military units and armed groups on the front lines shall return to their camps."

There will also be a "departure of all mercenaries and foreign fighters from all Libyan territories" within a maximum period of three months from Friday, the UN official added.

Libya's Government of National Accord (GNA) was founded in 2015 under a UN-led agreement, but efforts for a long-term political settlement have failed due to Haftar's military offensive.

Tripoli has battled Haftar's forces since April 2019 in a conflict that has claimed thousands of lives.

Following the GNA's victories against Haftar's militias this year, diplomatic efforts have been underway in recent weeks to reach a solution to the Libyan conflict.