Why do Libyan politicians refrain from criticising NATO's war on their country, despite civilian deaths? 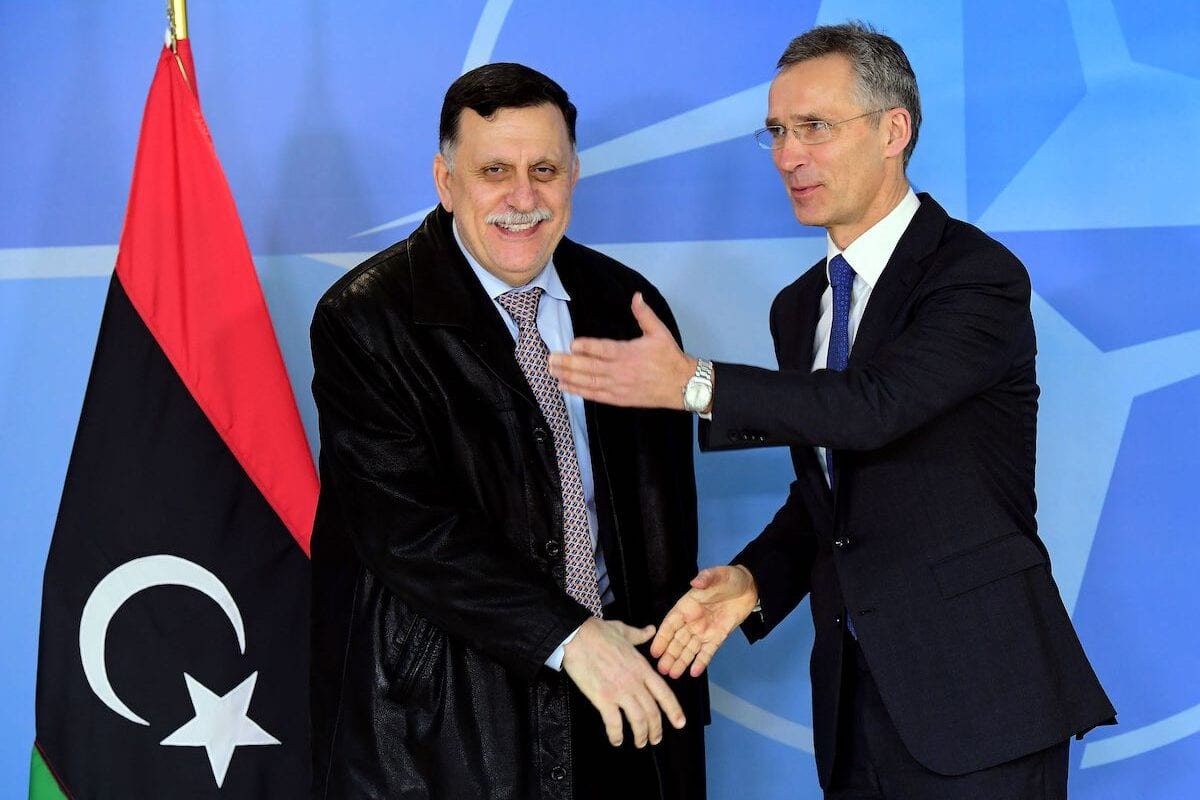 Between 2011 and today, many Western leaders who supported the military intervention in Libya nine years earlier have expressed some kind of regret about the war. But not a single Libyan politician went on the record to criticise NATO's killing of civilians and the destruction of Libya.

Former US President Barack Obama, whose administration participated and actively supported "humanitarian intervention", regretted his decision. In an interview with The Atlantic magazine published in 2014, he described the intervention as "the worst mistake" of his administration. Behind closed doors, he told The Atlantic reporter that it was a "shit show". The warmonger within his administration, Hillary Clinton, never regretted the disaster, despite the death of a US ambassador to Libya in 2012. Clinton, along with two other administration staff, drove Obama into the mess in Libya without any idea as to what to do once the government of Muammar Gaddafi was gone.

French President Emmanuel Macron in a 2017 statement said that the war in Libya was wrong, describing his country's intervention there as a "mistake". France, under former President Nicolas Sarkozy, led the military attack against Libya. The Sarkozy government, like many Western governments, justified its participation by claiming that it was implementing the United Nations (UN) Security Council Resolution 1973, which vaguely authorised the war under the pretext of "protecting civilians".

Former Italian Prime Minister Silvio Berlusconi opposed the war too. In July of 2011, with the NATO bombardment of Libya in full swing, Berlusconi stated: "I was against this measure." He said he was forced to go along with the vote of his country's parliament in support of the war.

Germany, too, was against the military intervention from the start, publicly rejecting any military intervention at the time. Just before the UN Security Council voted on the notorious Resolution 1973 on 17 March, 2011, Germany's Foreign Minister Guido Westerwelle announced: "We won't take part. I will not send German troops to Libya."

READ: How the European Union betrayed Libya, and itself too

Nine years on, and not a single Libyan opposition leader rejected the war in 2011. Nine years on, and they still do not regret it, even as an unwise decision by Western governments to settle their score with the late Gaddafi, and not to help the Libyan people. In fact, many civilians were killed by a NATO airstrike.

Former chairman of the National Transitional Council (NTC) Mustafa Abdul Jalil set up a provisional government with the help of France in March 2011, to act as an alternative government in Libya, and wanted NATO to stay longer. In late October 2011, while NATO considered ending its campaign in Libya, Abdul Jalil hoped that NATO would "continue its campaign" – as if not enough destruction was already done to his country. In an interview a few days ago, Abdul Jalil expressed that he does not regret seeking help from "the Christians and Jews" to overthrow Gaddafi. In the same interview, he also admitted to receiving $100,000 from Qatar – the leading Arab country championing NATO's bombardment of Libya in 2011.

But why do Libyan politicians, populating the current political scene, never express regret for the war? The seven-month long NATO bombardment of Libya in 2011 killed civilians who had nothing to do with the war that was raging in the country.

Many nations are interfering in Libya's affairs – Cartoon [Sabaaneh/MiddleEastMonitor]

While no precise figures are available, hundreds of women, children and unarmed men were killed by NATO airstrikes, mostly in their homes. Different international rights groups have documented this fact beyond any reasonable doubt. Morally and ethically, Libyan politicians who welcomed NATO's destruction of Libya should, at the very least, recognise this fact as this might help grieving families. Even if we assume that the majority of Libyans wanted NATO to bomb the Gaddafi government out of office, not all of them accept the killing of women and children in the process.

But there is another reason that makes recognition of this fact a delicate and difficult statement to utter by almost all Libyan politicians today. There is a common belief among the political elite and militia leaders in Libya, particularly those who support the NATO campaign in 2011, that their own legitimacy is based on the fact that they welcomed NATO. Indeed, none of the NTC members were elected in 2011, and all of them faced questions of legitimacy to their claims of representing the Libyan people. Supporting NATO's war on Libya was a key source of legitimacy and criticising that role in any way means criticising the "revolution" itself, which is still taboo. I once asked Hashim Bisher, a former top militia commander in Tripoli, why he does not distance his group from the rest by recognising the civilian victims of NATO? He explained that this would mean that we are "against" what NATO did, meaning, "we are not grateful to NATO or the revolution." This kind of bizarre thinking made the majority of Libyans hate the militias who are supposed to have "liberated" them from Gaddafi's rule, only to rule them with an iron fist ever since Gaddafi was toppled and murdered nine years ago.

READ: Why do Arab leaders respect treaties with others but not between themselves?

This kind of logic made it impossible for NATO victims' families to get any help from the successive governments that ruled Libya for the past nine years. In the period between 2011 and 2014, it was almost a crime to openly denounce NATO in Libya. Many have been accused of supporting Gaddafi just because they uttered a few words against NATO's crimes against civilians.

The entire political process ever since in Libya has been poisoned and will always be linked to foreign powers, be it NATO or others.

Those who opposed foreign intervention back in 2011 now refer to the rebels as "NATO revolutionaries", becoming synonymous with shame and treason. Recognition of the fact that NATO, even unintentionally, killed Libyan civilians, is key to any reconciliation process.