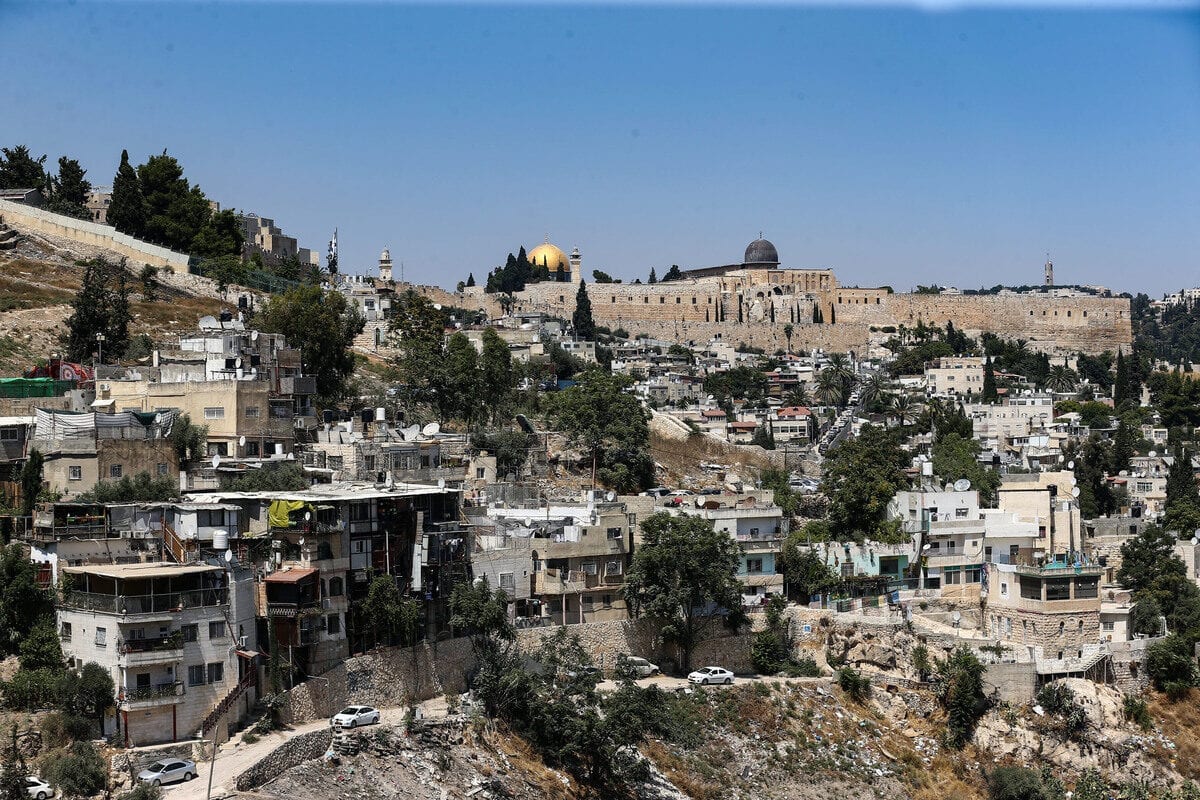 A general view of East Jerusalem as Palestinians gather to protest Israel's destruction in the area after a Friday prayer in Silwan neighbourhood in East Jerusalem on August 28, 2020 [Mostafa Alkharouf/Anadolu Agency]
October 23, 2020 at 12:27 pm

A Palestinian family is appealing for British members of parliament to intervene on their behalf in their imminent eviction from their home in Israeli-occupied East Jerusalem. The Sumarin family, whose plight has grabbed global attention, are at the heart of Israel's ethnic cleansing drive within the Holy City.

A press release sent on the family's behalf by the Israeli Committee Against House Demolitions announced an online meeting to be held next week between a Palestinian Israeli parliamentarian, a rabbi opposed to Israeli government policy and British MP Richard Burden.

The ICAHD drew attention to Israel's industrial scale demolition of Palestinian homes backed by international donors. A secret funding of ethnic cleansing in occupied East Jerusalem was highlighted in the BBC Panorama programme "Banking Secrets of the Rich and Powerful". An Israeli organisation, Elad, which aims to Judaise East Jerusalem by evicting Palestinian residents and replacing them with Jewish settlers, has apparently received huge sums of money transferred from Virgin Island companies owned by Roman Abramovich.

New evidence shows that Elad funded court proceedings over decades to evict the Sumarin extended family from their lifelong residence in Silwan, East Jerusalem. Elad acted in coordination with a wholly-owned subsidiary of the Jewish National Fund.

An international campaign in support of the family has won the backing of 71 MPs and provoked division in the JNF and its subsidiary Himanuta. This week, though, settler groupings strengthened their hold on the leadership of the JNF and Himanuta through a battle within the World Zionist Congress. In a disingenuous attempt to deflect responsibility, the Israeli Embassy has claimed that the eviction, based on the so-called "Absentee Property Law", does not involve the Government of Israel.

The online meeting will be hosted by UK campaign group Stop the JNF and partners. It will feature Amal Sumarin in an appeal to Britain to help stop the eviction.