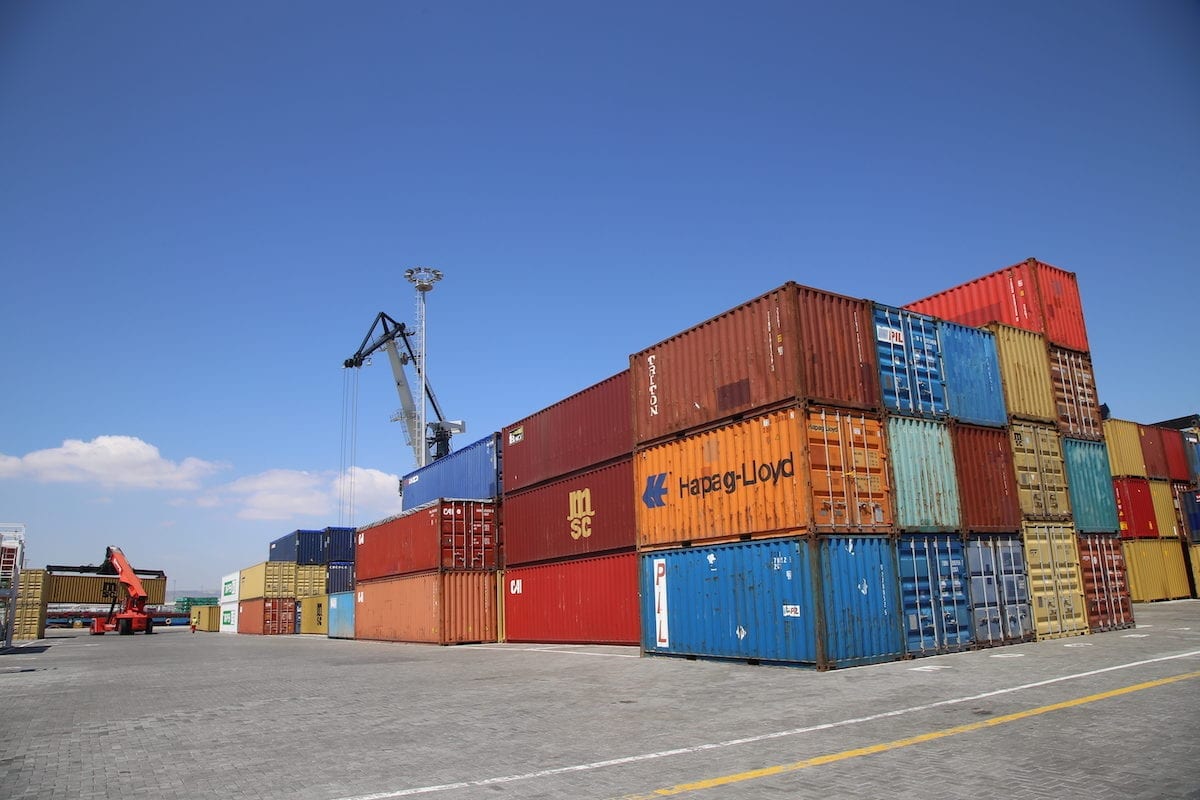 A heavy duty machine loads exporting materials, which were produced in Turkey on April 27, 2020 [Resul Rehimov/Anadolu Agency]
October 23, 2020 at 6:02 am

The agency collected data on trade exchange issued by the Saudi General Authority for Statistics and the Turkish Statistical Institute for the years 2018 and 2019.

The most prominent Turkish exports to the Saudi market include food, clothing, tobacco, textiles, construction stones and marble, as well as wood products such as furniture.

According to data from the Turkish Ministry of Trade, the country's exports to Saudi Arabia between January and August of this year have decreased by 18 per cent, reaching $1.9 billion, down from $2.3 billion in the corresponding period of 2019.

Over the past few weeks, Saudi Arabia has seen a rise in unofficial calls to boycott Turkish products.

The calls came after the Chairman of the Council of Saudi Chambers of Commerce Ajlan Al-Ajlan on 29 September publicly called to boycott Turkish products.