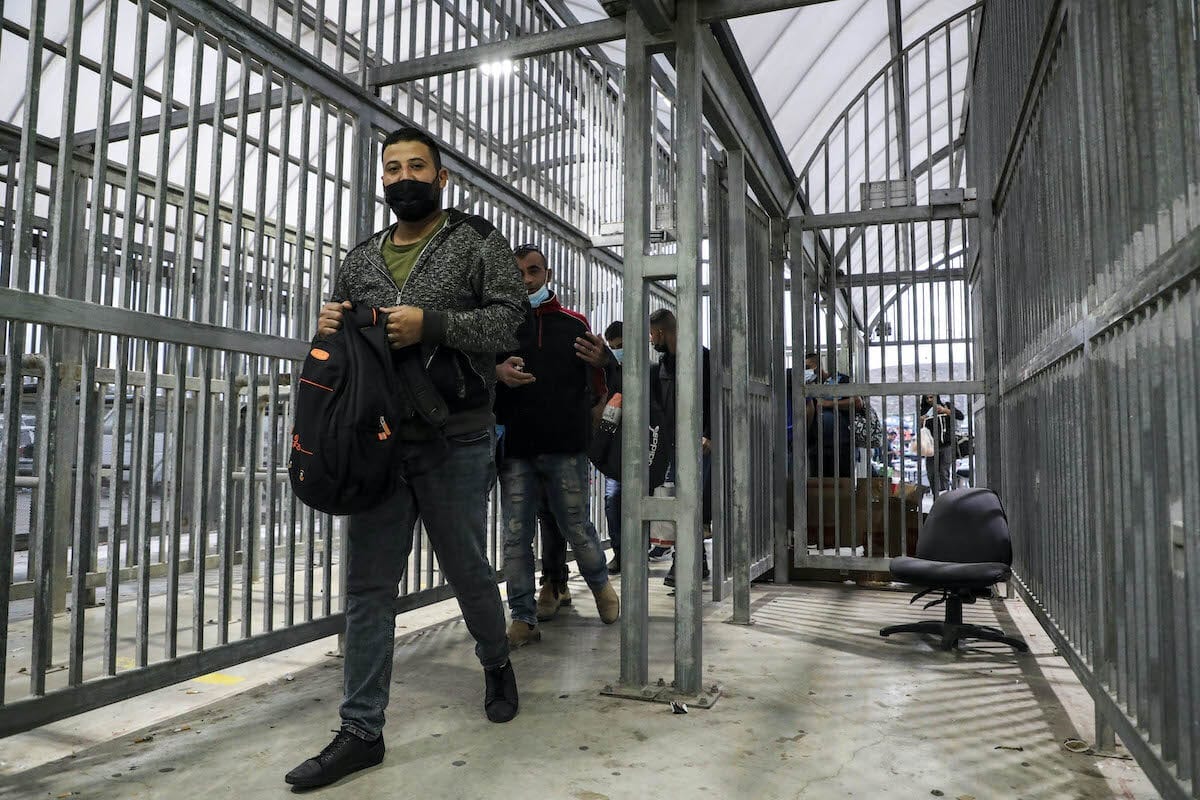 Palestinians working in Israel make their way through the Tarqumia checkpoint north of Hebron in the occupied West Bank on as they enter Israel October 4, 2020, while mask-clad due to the COVID-19 coronavirus pandemic. (Photo by HAZEM BADER / AFP) (Photo by HAZEM BADER/AFP via Getty Images)
October 23, 2020 at 8:02 pm

Euro-Med Human Rights Monitor has called on the UAE to cancel the plans to set up an investment fund that will enable the "modernisation" of illegal Israeli-operated checkpoints for Palestinians.

"The UAE government should refrain from and immediately halt any deals with Israel that may contribute to or embolden human rights violations against the Palestinians," the rights group said.

Euro-Med's statement followed an announcement on Tuesday by the head of the US International Development Finance Corporation, Adam Boehler, that the US, Israel and the UAE are to set up a $3 billion investment fund — the Abraham Fund — to promote private investment in Israel, the West Bank and elsewhere in West Asia and North Africa.

Boehler said that he envisages that funds will be used to modernise Israeli-operated checkpoints in the occupied Palestinian territories.

There are currently more than 700 Israeli checkpoints across the occupied West Bank. Israel claims that they are vital for security purposes. The Palestinians, however, point out that they are used as a tool of the occupation to hinder free movement of people and goods.

The rights group warned that financing the "modernisation" of the Israeli checkpoints in the occupied West Bank will contribute significantly to covering up their destructive impact on the Palestinians and help to make the occupation permanent.

"Checkpoints are a symbol of Israel's subjugation and repression by Israel and they should only be dismantled, rather than merely improved," said Ahmed Nasri, campaign officer at Euro-Med Monitor. "A gilded cage is still a cage. While the UAE may justify its spending on upgrading the checkpoints as benefitting the Palestinians and their economy, it should have invested its diplomatic ties in pressuring Israel to remove these checkpoints altogether rather than entrenching them."