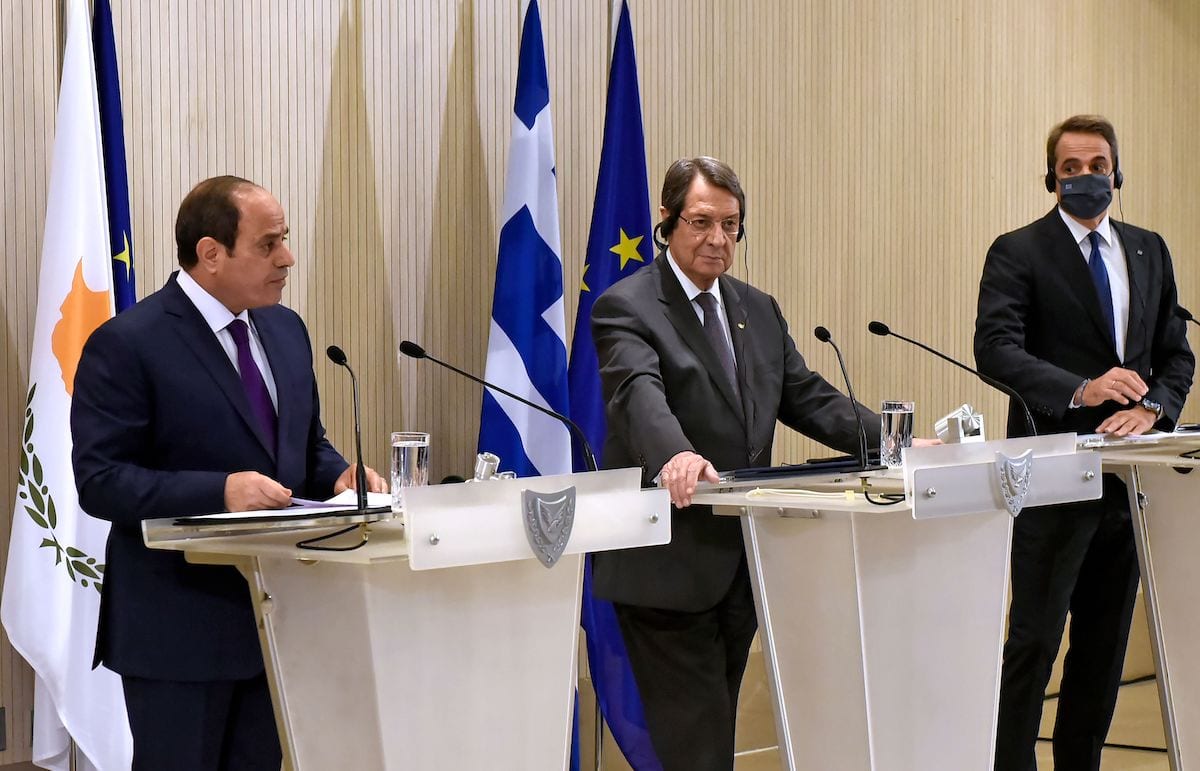 The Turkish Foreign Ministry slammed on Thursday the closing statement issued by Egypt, Cyprus and Greece after a summit in Nicosia in which they accused Turkey of carrying out numerous "provocations" that threaten regional security. Such "provocations" include Ankara's undersea drilling and exploration for oil and gas in the Eastern Mediterranean.

The ministry said that Turkey rejects the declaration which contains "baseless accusations and allegations".

Egyptian President Abdel Fattah Al-Sisi, his Cypriot counterpart Nicos Anastasiades and Greek Prime Minister Kyriakos Mitsotakis met in Nicosia. Their post-summit statement called on Turkey to end its "aggressive" actions and accept the invitation from Cyprus to negotiate an agreement on maritime borders.

In response, the Turkish government said that real cooperation in the Eastern Mediterranean can only come about through a wide-ranging approach that includes all countries with Mediterranean coastlines, including the Turkish Republic of Northern Cyprus. The republic is not recognised by any other state apart from Turkey.

"Countries that create problems in the region cannot be a party to solving them without changing their extremist and hostile policies," insisted the ministry. "We will continue with determination to protect our rights and the rights of Turkish Cypriots in the Eastern Mediterranean."