US sanctions Iran ambassador to Iraq 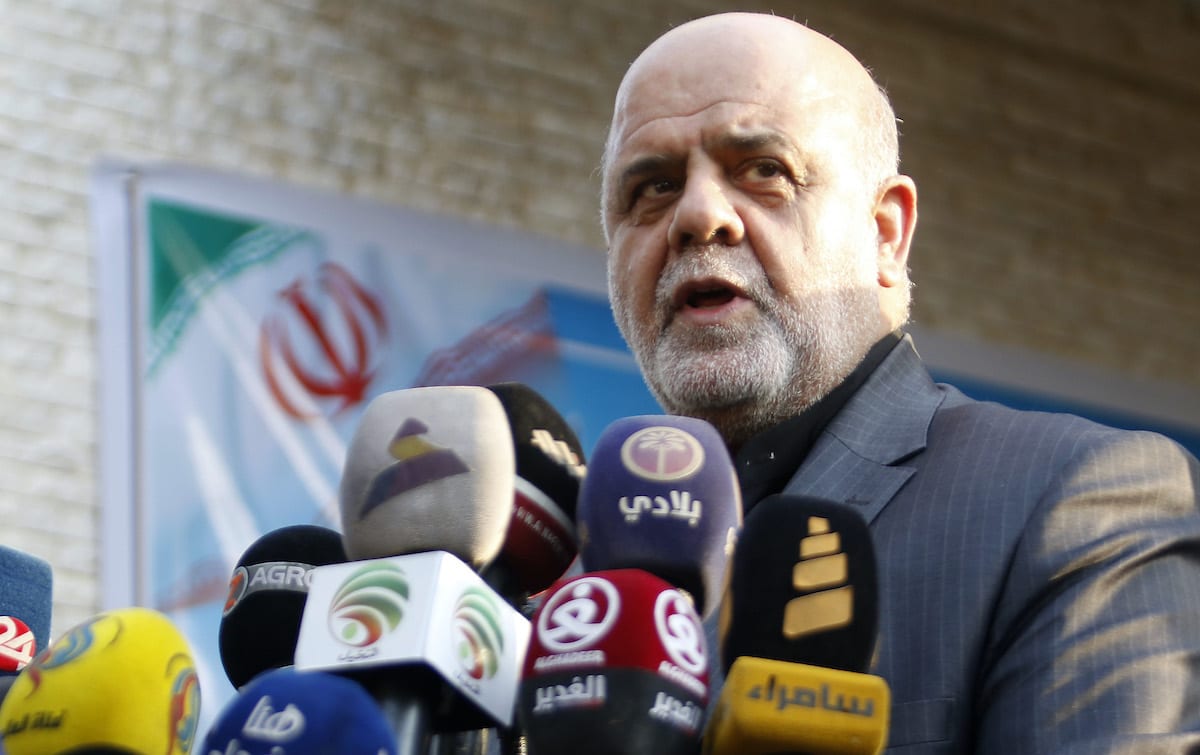 Iranian ambassador in Iraq Iraj Masjedi gives a press conference in Basra on September 11, 2018 [HAIDAR MOHAMMED ALI/AFP via Getty Images]
October 24, 2020 at 11:45 am

The US has imposed sanctions on Thursday on Iran's ambassador to Iraq, Anadolu Agency reported the US Treasury Department announcing in a statement.

"Office of Foreign Assets Control (OFAC) is designating Iraj Masjedi, a general in Iran's Islamic Revolutionary Guard Corps-Qods Force (IRGC-QF) and Iran's Ambassador to Iraq, for acting for or on behalf of the IRGC-QF," the statement read.

It stated that Masjedi was "a close adviser to former IRGC-QF Commander Qasem Soleimani," suspecting him of "playing a formative role in the IRGC-QF's Iraq policy."

At the same time, the US department accused Masjedi of exploiting his position as Iranian envoy to: "Obfuscate financial transfers conducted for the benefit of the IRGC-QF."

US Treasury Secretary Steven Mnuchin affirmed that Iran is appointing IRGC-QF officials to: "Carry out their destabilising foreign agenda."

He added: "The United States will continue to employ the tools and authorities at its disposal to target the Iranian regime and IRGC-QF officials that attempt to meddle in the affairs of sovereign nations, including any attempts to influence US elections."

Separately, the Treasury Department blacklisted five Iranian entities for claims of attempting to influence the 3 November US presidential elections, a day after senior intelligence officials indicated that Russia and Iran were making similar efforts.

They include the IRGC, the IRGC-QF and Al-Bayan Rasaneh Gostar Institute (Bayan Gostar) "for having directly or indirectly" engaged in interference, and the Iranian Islamic Radio, Television Union (IRTVU) and International Union of Virtual Media (IUVM) for being owned or controlled by the IRGC-QF.

OPINION: With defiance and perseverance, Iran has once again demonstrated its independence