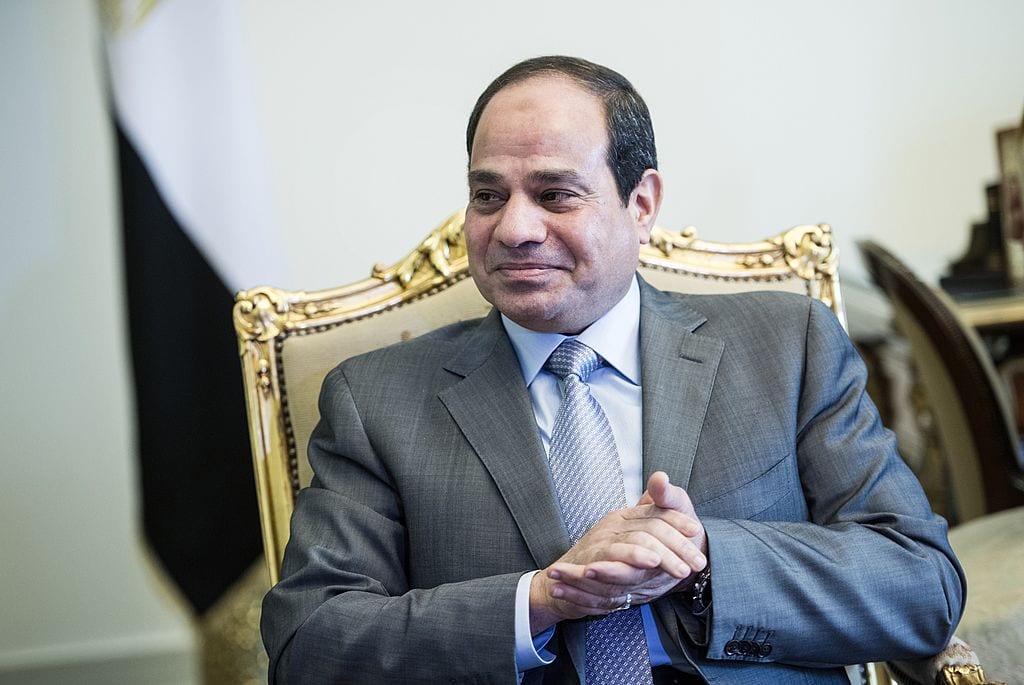 Social media users are mocking the Egyptian president online after he said freedom of expression should stop if it offends Muslims.

"And if some have the freedom to express what is in their thoughts, I imagine that this stops when it comes to offending the feelings of more than 1.5 billion people," he said on the commemoration of the Prophet Muhammad (peace be upon him)'s birthday.

Abdel Fattah Al-Sisi made the comments as the row between France and Muslim-majority nations heats up after caricatures of the prophet were published in France.

France has insisted that publishing the cartoons is justified under freedom of expression.

Yet as a number of critics pointed out, there is no such thing as freedom of speech in Egypt, where some 60,000 political prisoners languish in jail and the government maintains a tight leash on the press.

Sisi, Freedom of Expression and Egypt in one sentence can make one laugh and cry at the same time. https://t.co/RiY6AAysQI

Listen considering the number of people who are languishing in Egyptian jails because of free expression, maybe Sisi should sit this one out https://t.co/DXzOxQa0Ws

If he were more honest #Sisi would say :
"freedom of expression'' stops when I say it stops.

Does #Sisi abide by his own dictum when he offends #Muslim citizens in #Egypt? https://t.co/JYlnC4MAgv

well ehm, the last time I checked in Egypt it stops much earlier than this! #sisi #dictator #Egypt #torture #Prison #disappearance #humanrightsviolations https://t.co/XJCAiIGKcC

During the televised remarks, Al-Sisi said that he rejects violence or any form of terrorism from anyone in the name of defending religion.

Rights advocates have said that religious minorities fare worse under the current Egyptian government than any other in history.

Meanwhile, offending religious minorities like Christians, Shia and Bahai is one of the few areas where there is a degree of free expression in Egypt. That, and defaming women.

well ehm, the last time I checked in Egypt it stops much earlier than this! #sisi #dictator #Egypt #torture #Prison #disappearance #humanrightsviolations https://t.co/XJCAiIGKcC

In Egypt, freedom of expression actually just doesn't start at all. https://t.co/1h0qGp3rki

The Grand Imam of Al-Azhar called for criminalising anti-Muslim actions.

Al-Sisi's remarks follows French President Emmanuel Macron's pledge to fight Islamist separatism and his support for the Charlie Hebdo cartoons in a speech about the French school teacher Samuel Paty who was beheaded in a gruesome terror attack earlier this month.