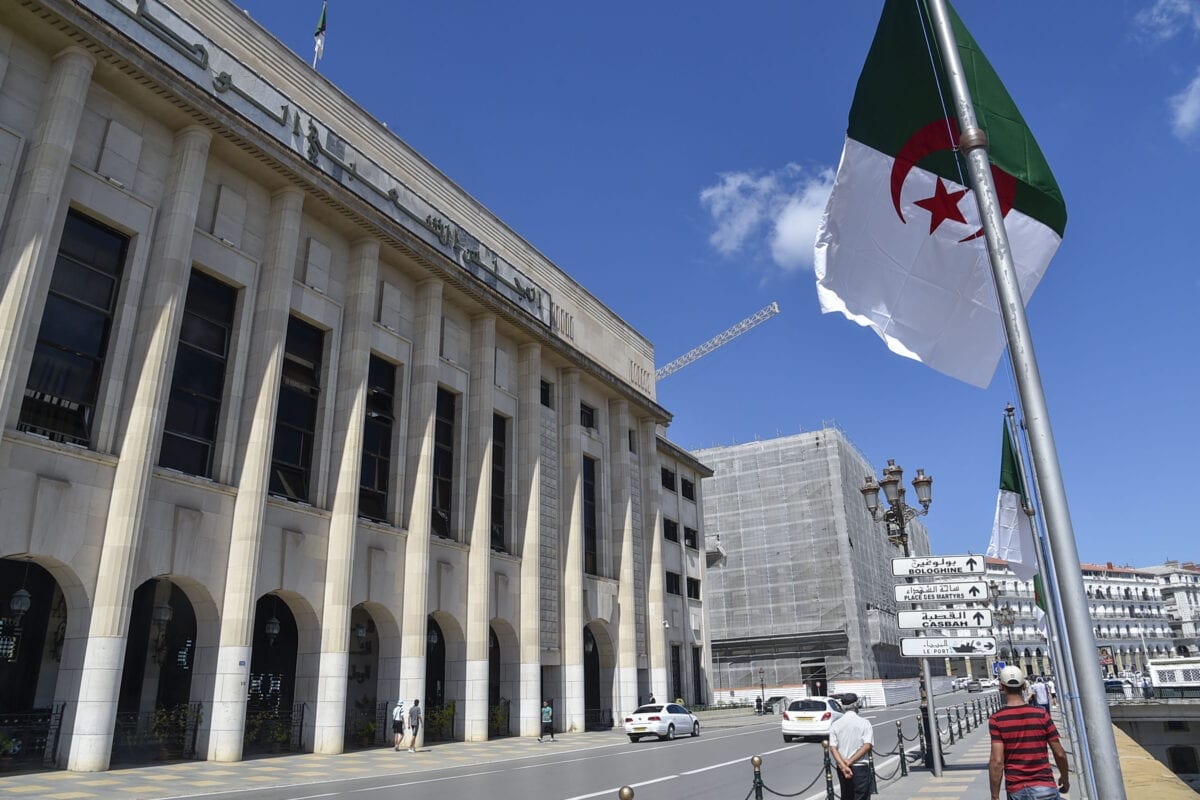 Algerians walk across from the People's National Assembly (parliament) building during a voting session on constitutional reforms in the capital Algiers, on September 10, 2020 [RYAD KRAMDI/AFP via Getty Images]
October 31, 2020 at 3:18 pm

On the eve of the referendum on constitutional amendments, which are supposed to meet their demands, residents of Bab El-Oued neighbourhood, the stronghold of the popular movement, in the Algerian capital, were divided over the modifications proposed by President Abdelmadjid Tebboune.

Rashid Berkani, a former employee in the National Transportation Company, said that "there is no longer any horizon or hope to aspire for. The street overthrew (former president) Abdelaziz Bouteflika from power, but some parties want to jump on the bandwagon of the movement to maintain the status quo."

The Algerian popular movement, which is an unprecedented peaceful popular uprising that has no specific leadership, has been calling since February 2019 for a radical change in the "system" that ruled the country since independence in 1962. This has not yet been achieved, even though the movement managed, with constant pressure, to force Bouteflika to resign after 20 years in power.

Algerians will vote on 1 November on a new constitution that is supposed to establish a "new Algeria" and respond to the aspirations of the popular movement.

However, according to Berkani, "the demands of the popular movement have been circumvented and many Algerians who have taken to the streets are in prison now."

Said, who was sitting under a palm tree in the public park playing dominoes with his friends, confirmed immediately and directly that he had already made up his mind. He stated angrily: "A kilogram of sardines costs about 800 Algerian dinars (about four euros) and they want us to go and vote?!"

Sardines, a fish found in abundance in the Mediterranean, was a dish for the poor. However, it became an expensive commodity that could not be obtained by low-wage earners.

Said added: "The country is in a pitiful condition, and they dare to talk about 'a new Algeria'.  My 32-year-old son is still living with me under the same roof in a cramped two-room apartment."

Even this house was granted to Said by the state only when the deadly floods inundated the neighbourhood on 10 November 2001.

Ali, who wore a scarf in the colours of the Mouloudia Club d'Alger (Bab El Oued's favourite football club), bet on the Algerians' reluctance to vote, as he expected that "few people will vote because this referendum will not bring anything new to the table."

The constitutional amendment that Tebboune proposed, introduces a series of rights and freedoms while preserving the basic structure of the presidential system.

Merzak asked bitterly: "Is this the new Algeria?" pointing to a woman sleeping on a stool and covered with a plastic sheet.

The 50-year-old man explained the situation of the sleeping woman saying: "This 38-year-old woman is from the Sidi Bel Abbas region (northwest). She has been living alone in this park for four months."

Ismail Boudagha, 65, confirmed that he will not hesitate to put the "yes" card in the ballot box.

Boudagha, who works as a director of a production agency, added: "Things have changed a lot since the election of Tebboune in December 2019. He promised to recover the stolen money during Bouteflika's era and reopened the Club of Pines to the public."

The Club of Pines is a popular seaside resort, in the luxurious western suburb of Algiers. For decades, the resort was reserved for state officials and their children, until President Tebboune decided to reopen it to all Algerians in August. This initiative was considered as a hint of Tebboune's desire to break with the practices of the era of Abdelaziz Bouteflika and his predecessors.

Boudagha indicated that "this constitution will change many things. Nearly a year ago, things started moving forward with all those ministers roaming the country and trying to improve the living conditions of Algerians."

However, he was quickly interrupted by a group of men who challenged him in one voice: "Have you forgotten about the Minister of Youth and Sports who asked us to leave the country?"