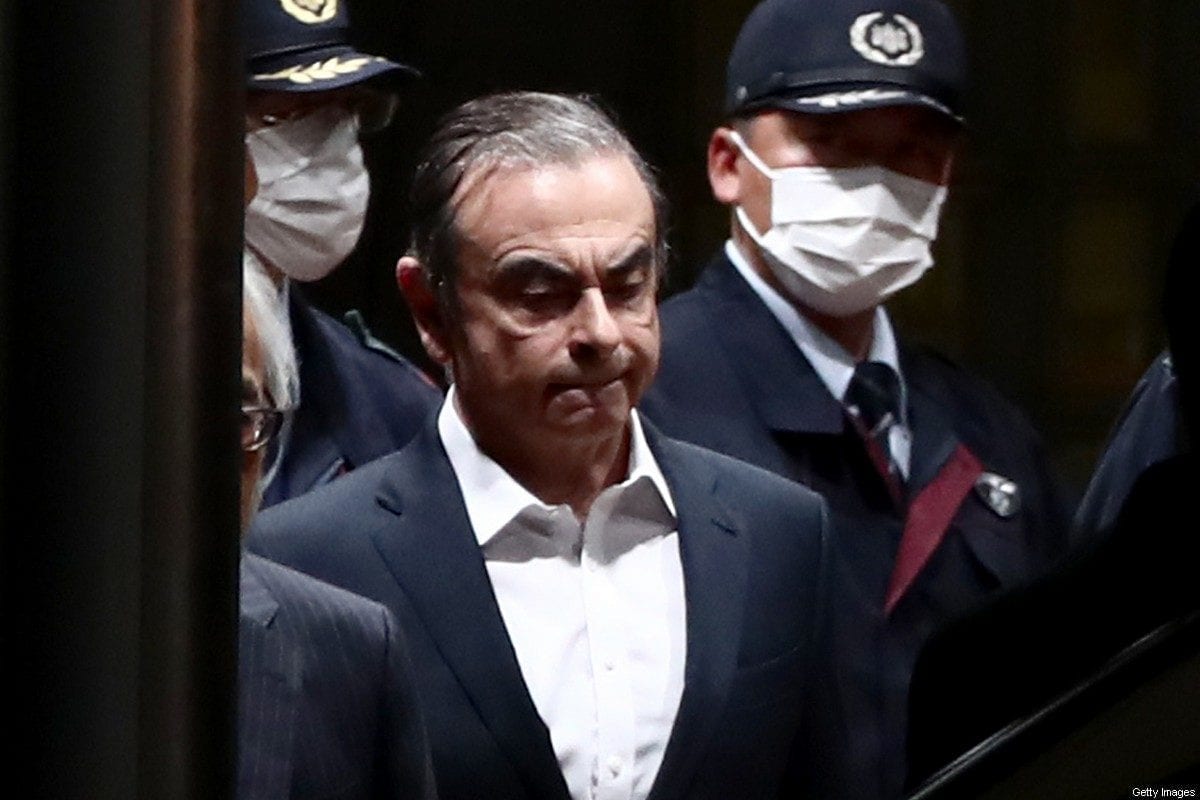 Former Nissan chairman Carlos Ghosn (C) is escorted as he walks out of the Tokyo Detention House following his release on bail in Tokyo on April 25, 2019 [BEHROUZ MEHRI/AFP via Getty Images]
October 31, 2020 at 3:54 pm

The United States has agreed to extradite to Japan the two US citizens, Michael Taylor, a Special Forces veteran, and his son, Peter Taylor, who are suspected of helping ex-auto mogul Carlos Ghosn escape from Japan at the end of 2019.

State Department attorney Karen Johnson said: "I confirm that the decision to extradite Taylor and his son to Japan is consistent with international obligations and national laws and regulations."

However, a federal judge in Massachusetts stopped the extradition process, Thursday, after the two suspects had appealed the decision, pending a hearing of their case.

The father and his son confirmed that they received an email early Wednesday informing them that they will be transferred on a plane from Boston to Tokyo on 01:00 pm Thursday.

The two suspects believe that they will not get a fair trial in Japan, while their lawyers described the decision of the State Department as "arbitrary" and in violation of US law and the extradition agreement signed with Japan, noting that Tokyo did not provide sufficient evidence.

Tokyo accused the two men, as well as the Lebanese, George Antoine Zayek, of helping the former CEO the Renault-Nissan-Mitsubishi Alliance escape from Japan in December 2019.

The Japanese judiciary released Ghosn, who holds French, Lebanese, and Brazilian nationalities, after being arrested on charges of financial violations, while banning him from leaving the country. However, he managed to sneak out of Japan in a large musical instrument case.

Ghosn, who denies the charges against him, has since then sought refuge in Lebanon, which does not have an extradition agreement with Japan.