Armenians: Israel not 'most moral army' after arms sales to Azerbaijan 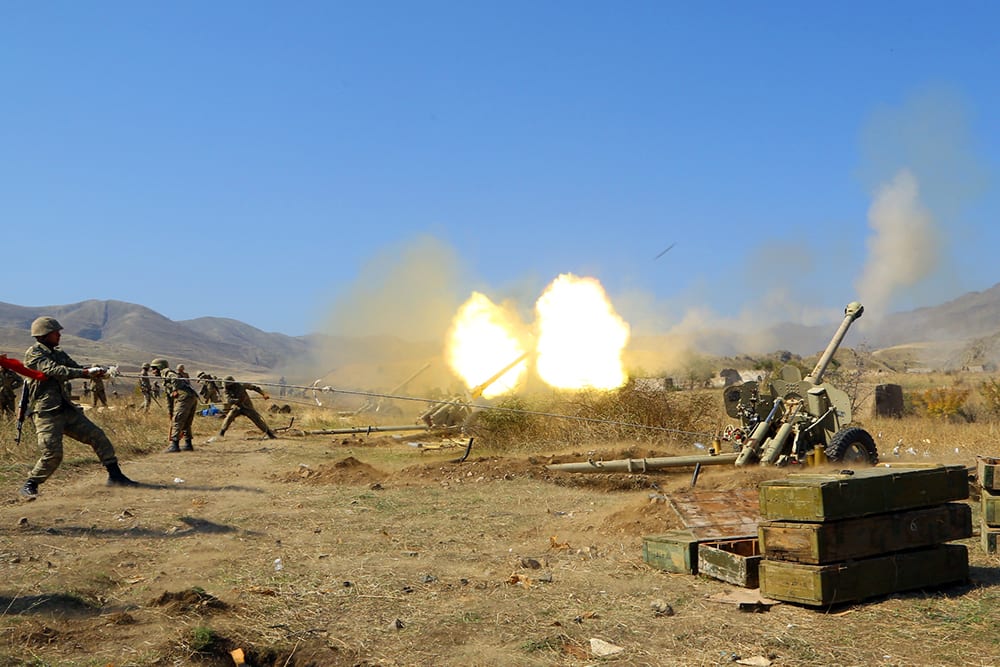 Israeli arms sales to global hotspots of conflict has grabbed headlines again. This time Armenians living in the Zionist state who gathered in Tel Aviv to protest in front of the country's major broadcasting companies, demanding they cover Israel's role in supplying arms to Azerbaijan.

Details of the protest was covered by Asbarez, an Armenian-American bilingual daily newspaper. "The weapon of 'the most moral army in the world… the only democracy in the Middle East,' as Israel presents itself, is used today to attack innocent civilians, women, children, the elderly, to bomb hospitals and churches," said the paper while explaining the growing outrage against the Zionist state.

Protesters accused Israeli media of ignoring the country's role in arming Azerbaijan which declared it was in a state of war with Armenia at the end of September. Israel is said to be supplying 60 per cent of Azerbaijan's military's armaments, including drones and deadly cluster bombs, which are banned by almost 100 nations.

Amongst the arsenal sold by the Israelis to Azerbaijan is a "suicide drone", or "kamikaze drone". It's estimated that as many as ten of these lethal weapons have been sold to Azerbaijan.

"Silence kills," protesters said. "Six million Jews were murdered in the Holocaust because the world remained silent. We came to remind the media that a country dealing with the collective trauma of the Holocaust has no moral right to contribute and turn a blind eye to the other nation's Genocide."

Yesterday the BBC predicted a new "arms race" in the Middle East led by Israel and the UAE. The two countries normalised relations in August.