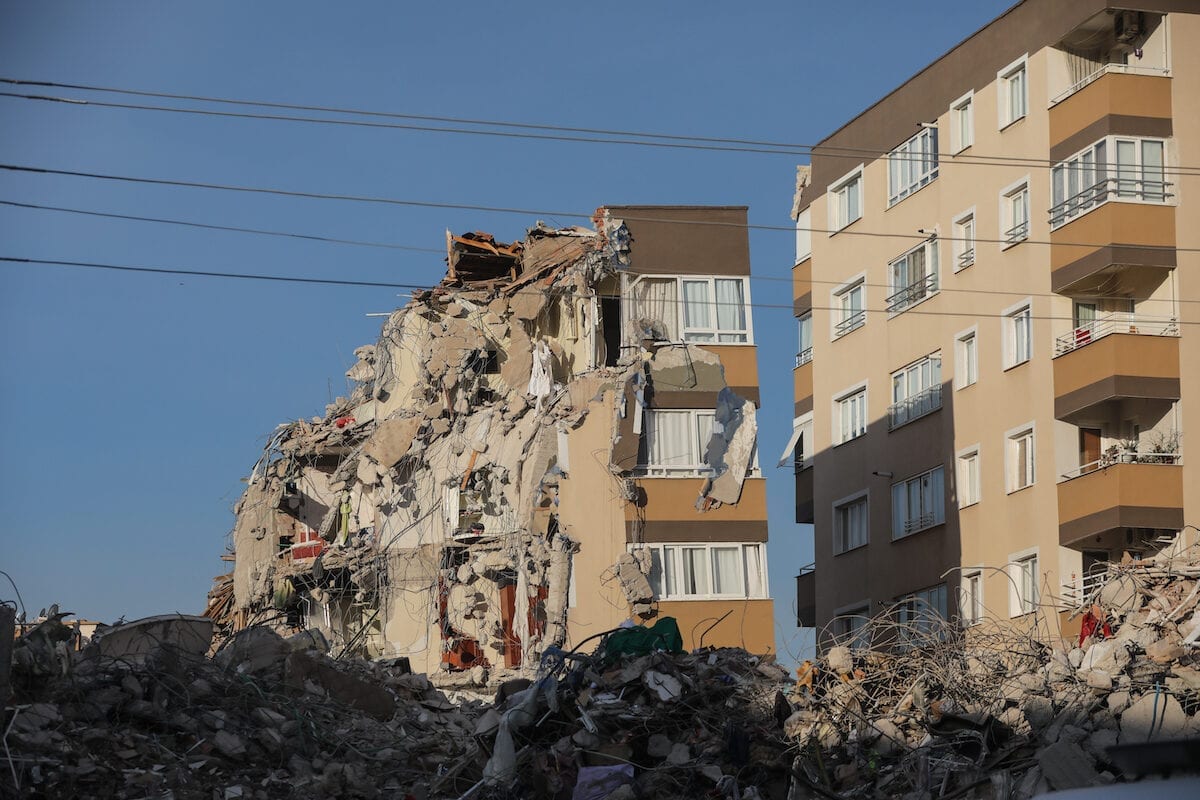 At least nine suspects in western Turkey thought to be involved in the construction of buildings that collapsed in a recent powerful earthquake were transferred to the courthouse on Thursday, Anadolu reports.

Arrest warrants had been issued for 11 suspects, including contractors and engineers, that were allegedly complicit in the faulty buildings that caved in during the 6.6-magnitude earthquake on Oct. 30 in the Bayrakli district of Izmir province.

In their initial statements, the suspects claimed they had constructed the buildings in accordance with the regulations of the time.

One contractor, identified by the initials M.B.U., who had been issued an arrest warrant in relation to the collapse of one such apartment building, had been injured in the quake and was still under intensive care.

M.B.U.'s father, who had lost his daughter-in-law and grandchildren in the earthquake, was released with an international travel ban.

The Seferihisar district of the city was reported as the quake's epicenter.

The death toll from the earthquake that shook Turkey's Aegean region had risen to 114 as of Wednesday, according to authorities.

As many as 137 victims are still receiving treatment, while 898 have been discharged from hospitals, according to the Turkey's disaster agency.

A total of 1,621 aftershocks — 44 of them with a magnitude higher than 4 — have been recorded after the earthquake, the agency said.

Turkey is among the world's most seismically active zones and has suffered devastating earthquakes in the past, including the magnitude 7.6 Marmara quake in 1999.