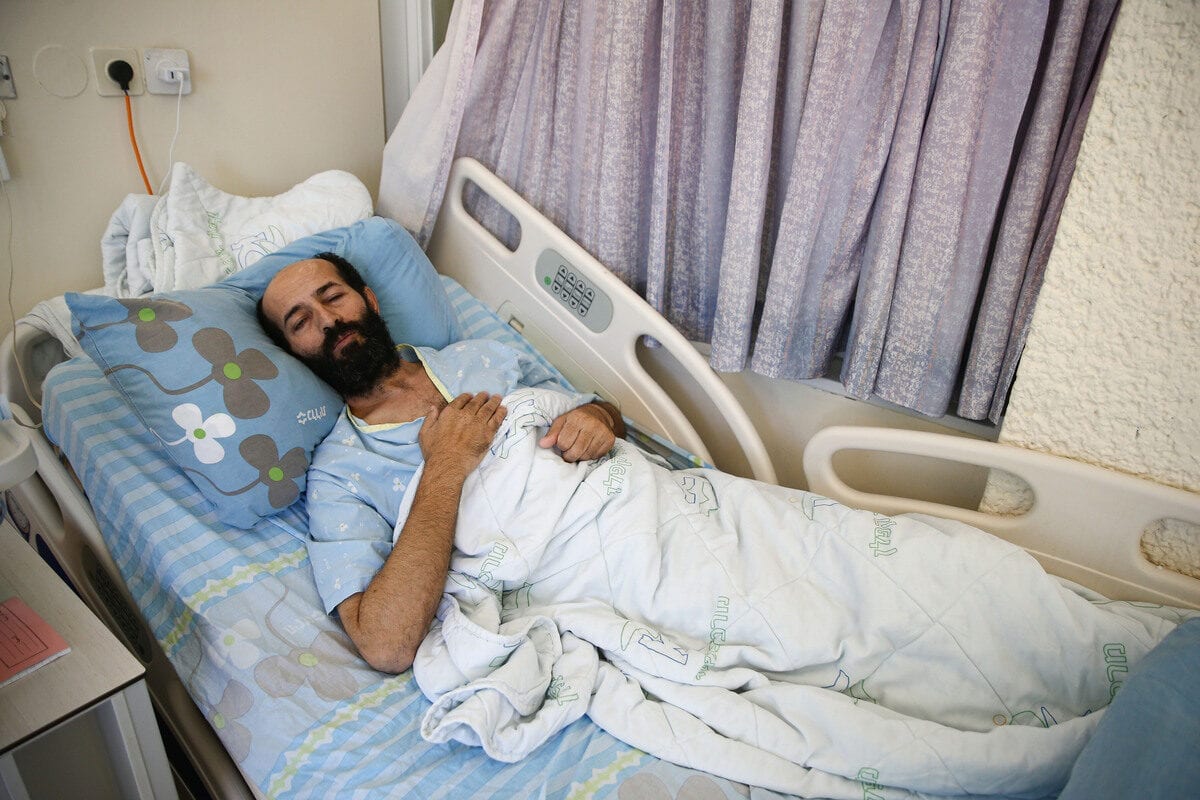 Palestinian prisoner in Israeli jail Maher Al-Akhras, who is in a hunger strike for 80 days, speaks to media, receiving medical treatment at hospital in Rehovot, Israel on October 14, 2020 [Mostafa Alkharouf - Anadolu Agency]
November 6, 2020 at 9:09 pm

The Palestinian Prisoners Society confirmed his decision in an official statement saying the Israeli jail authorities will release him on November 26.

This so precious and beautiful.

Maher being fed by his daughter.

He tells her thank you for feeding me after 104 days of hunger.

Maher went on hunger strike after being imprisoned by Israel without charge or trial. He will be released later this month. pic.twitter.com/bhCImeJcRg

Al-Akhras, 49, from the West Bank city of Jenin, began the hunger strike after he was detained under a draconian Israeli policy which allows authorities to hold detainees for more than one year without charge or trial.

He will spend the 20 days until his release in Kaplan Hospital where he will receive treatment, the statement said.

His wife, Taghreed Al-Akhras told Anadolu Agency: "Maher says that this triumph isn't for him alone. It's a triumph for all his fellows who are challenging the administrative detention by hunger strike.

"His strike let the world listen to the voice of the detainees and know about the suffering of those who are under administrative detention."

Some 4,400 Palestinian political prisoners are languishing in Israeli jails, according to the Palestinian body. The figure includes 39 women and 155 children.