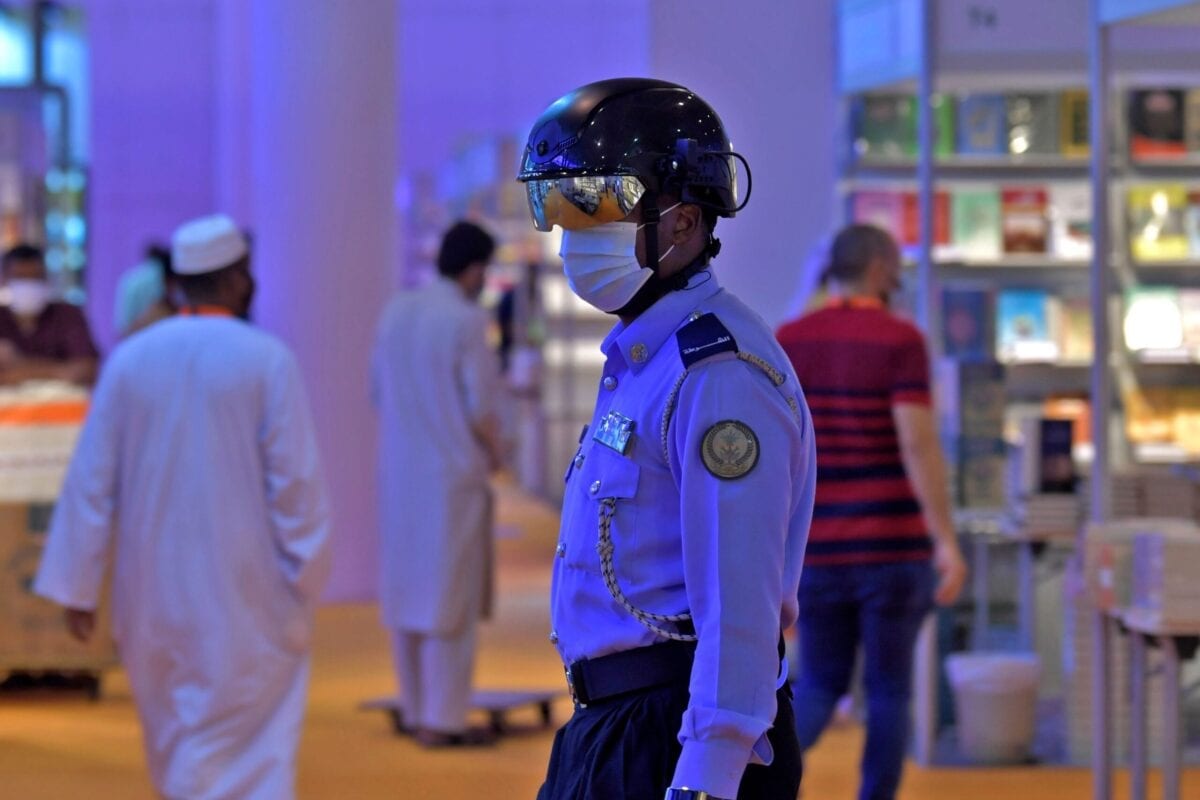 An Emirati policeman uses a smart helmet to detect people's temperature in Sharjah, northeast of Dubai, on November 4, 2020 [KARIM SAHIB/AFP via Getty Images]
November 15, 2020 at 2:42 pm

Two Israelis were arrested in Dubai on Sunday after being caught photographing a government facility in the city, according to Israeli media, Anadolu Agency reported.

Israel Hayom newspaper said the circumstances of the incident are not yet clear.

A member of the Jewish community in the United Arab Emirates (UAE) confirmed the arrest, according to the Israeli daily.

There was no comment from the UAE authorities on the arrest.

The UAE and Israel signed US-sponsored agreements to normalize their relations in September, with the two sides inking a host of agreements in the fields of investment, trade, science and technology.

The normalization agreements have drawn widespread condemnations from the Palestinians, who say the accords ignore their rights and do not serve the Palestinian cause.