The EU has played a waiting game to Israel's advantage 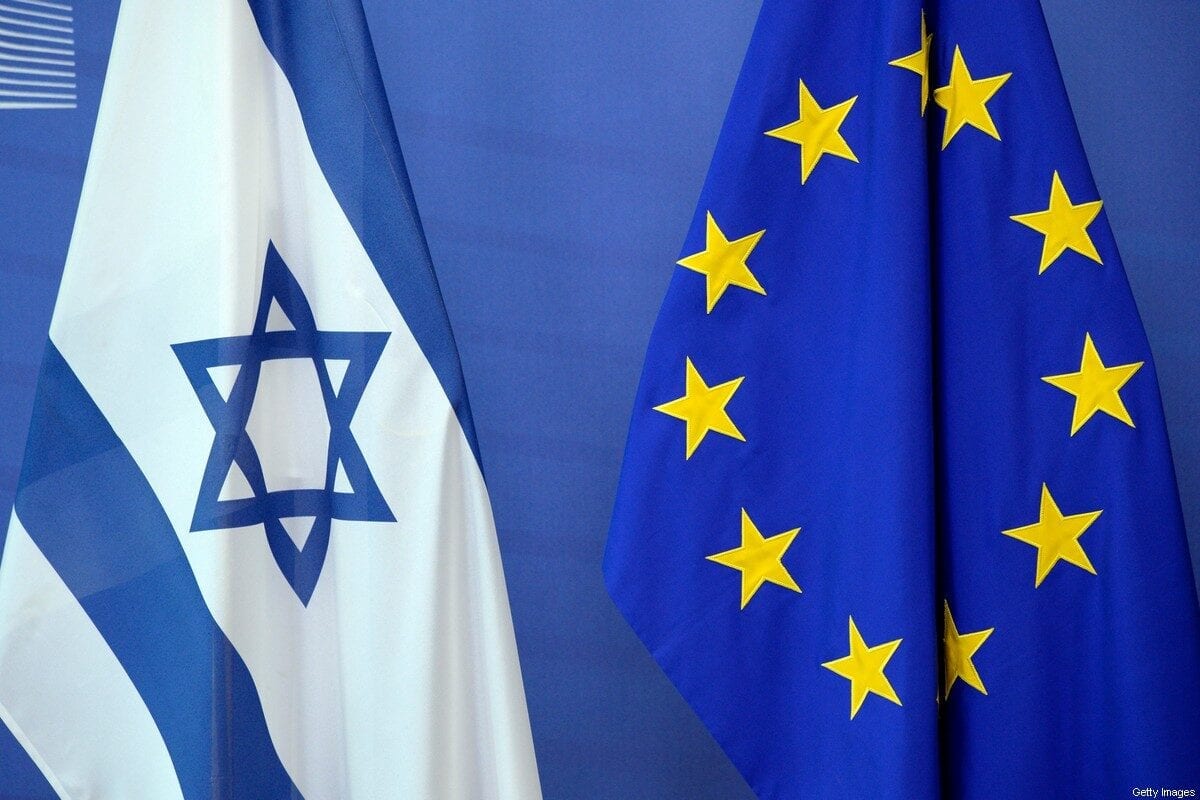 An Israeli flag is set next to a European Union flag at the European Union Commission headquarters in Brussels on June 23, 2016 [THIERRY CHARLIER/AFP via Getty Images]

There are a couple of meaningful things that the EU should do, without delay: it should drop the pretence that it supports the Palestinian people's right to their own land, and it should clarify the purpose of its diplomacy, which is to safeguard the two-state rhetoric.

On Monday, EU representatives visited Givat Hamatos, a site between Jerusalem and Bethlehem in the occupied West Bank which has been approved for settlement expansion. Feigning concern, the EU's High Representative Josep Borrell fluctuated between "It remains the EU's firm position that settlements are illegal under international law" and a warning that settlement activity will "lead to the continuing weakening of efforts to rebuild trust and confidence between the parties which is necessary for an eventual resumption of meaningful negotiations."

Meanwhile, Palestinian Authority Prime Minister Mohammad Shtayyeh is concerned about US Secretary of State Mike Pompeo's visit to a colonial settlement in the occupied West Bank on Wednesday. He calls the visit a means to "legitimise the settlements."

The PA has missed the finer details of Israel's colonial land grab in its bid to appease the international community. Now it is looking at the finishing touches of Zionist colonisation as if the previous "dangerous precedents", to quote Shtayyeh, were of lesser concern.

Legitimising settlements is definitely in violation of international law. So is settlement expansion, which is what created Israel and allowed it to grow physically. The PA has not yet come to terms with, or it refuses to consider, the fact that the international community has legitimised Israel, and that its own continued adherence to the two-state compromise facilitates this travesty of legitimacy.

READ: A return to two-state politics is as harmful as the 'deal of the century' for Palestinians

If the US is setting a dangerous precedent, the PA should be concerned that the EU is not opposing it. In August, the Council of the European Union issued a statement welcoming "the announcement of relations between Israel and the United Arab Emirates, and acknowledges the constructive role played by the US in this respect." The EU also called the temporary halting of annexation "a positive step". All of the alleged policy disagreements between the US and the EU, or the UN for that matter, were thus revealed to be a sham that is already starting to unravel even before US President-elect Joe Biden takes office.

Israel may be availing itself of the presidential transition period. However, Zionist colonisation does not need a transition period, given the adaptability of the international community to legitimise its actions. If Pompeo's visit seeks to legitimise settlements, why did the EU limit the scope of its visit to the perfunctory and predictable statements which have no political influence over Israel, but which will condition the Palestinian people to yet another territorial loss?

If the EU did not oppose Trump at a time when international public opinion was largely shifting in favour of Palestine, particularly after details of the "deal of the century" were revealed, it is highly unlikely that the bloc will oppose the US now, when a Biden presidency so far suggests that we can expect a return to Obama-era diplomacy. Will the PA at least admit its acquiescence with one of the most farcical periods of "waiting" which the international community forced upon the Palestinian people? The EU has played this waiting game to Israel's advantage. Wake up, Mr Shtayyeh.

READ: Israeli settlement expansion sees the UN shy away from its duty, as usual