Israeli settlement expansion sees the UN shy away from its duty, as usual 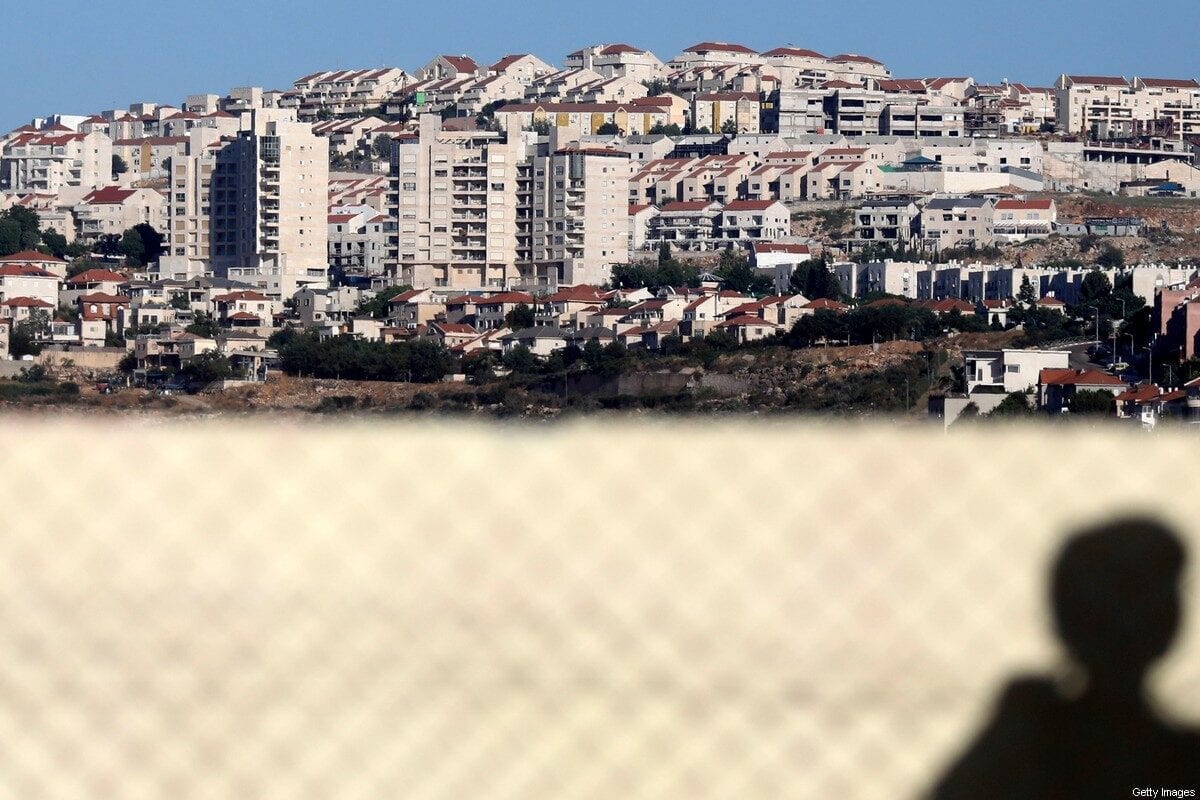 A picture taken from a Palestinian village in Nablus, showing an Israeli settlement in the West Bank on 22 June 2020 [JAAFAR ASHTIYEH/AFP/Getty Images]

UN intransigence over Israel contrasts with Special Rapporteur Michael Lynk's observations regarding Israel's ongoing settlement expansion, not least because the latter boosts his arguments by providing some colonial context instead of remaining tethered to the two-state compromise. Following the recent announcement that plans for approximately 5,000 new settlement dwellings have been approved by Israel, Lynk pointed out that, "The international community observes, it sometimes objects, but it does not act."

Indeed, the UN and its institutions are examples of passive observers. The UN's Office for the Coordination of Humanitarian Affairs in the occupied Palestinian territories (OCHA) yesterday reported that Israel demolished 76 housing structures in Humsa Al-Bqai'a, displacing 73 Palestinians. The report also noted that 869 Palestinians have been displaced so far in 2020, and called upon Israel "to immediately halt unlawful demolitions." It's a typically toothless UN statement which Israel will, of course, ignore.

It is too simplistic to say that Israel has taken advantage of the world's focus on the US election in order to go ahead and almost completely destroy an entire Palestinian village. Nothing has stopped Israel doing things like this before, because the international community has not united collectively against colonialism. All the UN has done is to refer to international law while helping Israel to break the law, thus using its own power and lack of accountability to transfer impunity to the settler-colonial enterprise in Palestine. As with its response to Israel's settlement expansion, the UN has simply shied away from its duty, as usual.

Lynk has distanced himself from the UN's fawning over the normalisation agreements between Israel and some Gulf states, which are now being extended to other Arab countries, as the US Ambassador to Israel David Friedman revealed in October. "While Israel may have shelved its plans for the de jure annexation of the settlements in August," warned the UN official, "it is continuing with the de facto annexation of the Palestinian territory through this unrelenting settlement growth."

Annexation has been postponed until the Arab normalisation deals with Israel are completed. Such statements as made last week only validate Israeli Prime Minister Benjamin Netanyahu's strategy, which was disseminated repeatedly on Israeli media but never challenged politically by the Palestinian Authority. Indeed, the PA only voiced its objections when its abandonment by erstwhile regional allies became obvious. Once again, the Palestinian leadership's unedifying scramble to embrace the two-state paradigm is not to be admired. Such a "solution" confers legitimacy on decades of Israeli colonial expansion and only seeks partial accountability, something that Israel and the international community can easily dismiss.

The distinction between Israel's previous settlement expansion and the new wave is cosmetic. Zionism's earliest colonial enterprise, which was legitimised as a state and recognised by the international community, is spared criticism, let alone subjected to accountability. As far as the UN is concerned, settlement expansion is only recognised as a violation in relation to the two-state compromise which it upholds. As for the de facto annexation that Lynk referred to, the UN prefers to remain silent until the territory is formally stolen. Only then can Palestinians expect some form of statement which will, once again, bemoan the threat to "two state" politics but ignore the very real existential threat to the people of occupied Palestine.