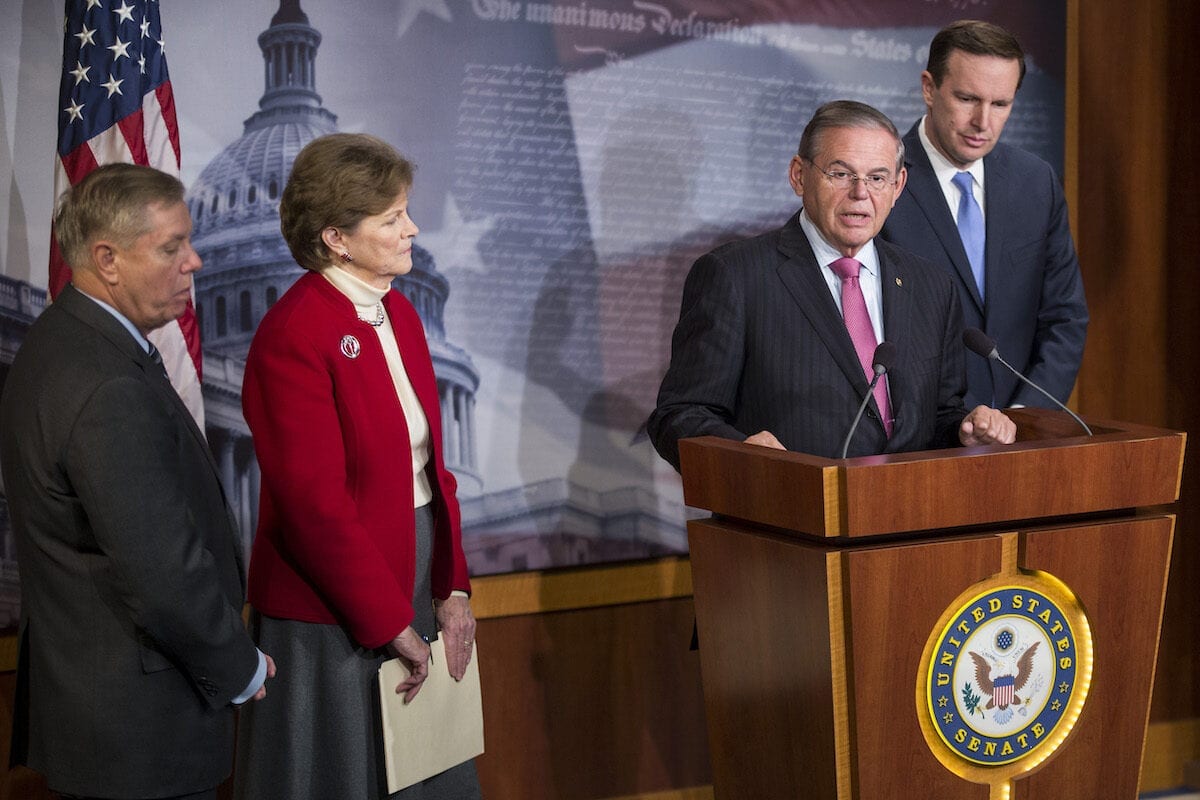 Three US senators said on Wednesday they would introduce legislation seeking to halt the Trump administration's effort to sell more than $23 billion of drones and other weapons systems to the United Arab Emirates, setting up a showdown with the president just weeks before he is due to leave office.

Democratic Senators Bob Menendez and Chris Murphy and Republican Senator Rand Paul will introduce four separate resolutions of disapproval of President Donald Trump's plan to sell more than $23 billion worth of Reaper drones, F-35 fighter aircraft and air-to-air missiles and other munitions to the UAE.

The huge sale could alter the balance of power in the Middle East, and members of Congress have chafed at the administration's attempt to rush it through, having sent a formal notice to Congress only last week.

Many lawmakers also worry about whether the UAE would use the weapons in attacks that would harm civilians in Yemen, whose civil war is considered one of the world's worst humanitarian disasters.

When the deal was announced, Amnesty International warned that the weapons would be used for "attacks that violate international humanitarian law and kill, as well as injure, thousands of Yemeni civilians."

While the resolutions bring attention to lawmakers' questions about the massive sales, and could delay them, they are unlikely to stop them.

U.S. law covering major arms deals lets senators force votes on resolutions of disapproval. However, to go into effect the resolutions must pass the Republican-led Senate, which rarely breaks from Trump. They also must pass the Democratic-led House of Representatives and survive Trump vetoes.

But incoming President Joe Biden could ultimately stop them for reasons of national security, making a prediction on the final outcome difficult.

The senators said the Trump administration, seeking to rush the sale as it brokered a peace deal between the UAE and Israel, circumvented the normal review process. They said State and the Pentagon failed to respond to their inquiries.

Weaponry involved includes the world's most advanced fighter jet, more than 14,000 bombs and munitions and the second-largest sale of US drones to a single country.

The Senate Foreign Relations and House of Representatives Foreign Affairs committees have the right to review and attempt to block weapons sales.

Past measures to block arms sales over concerns about Yemeni casualties passed the House and Senate with bipartisan support, but failed to get enough Republican backing to override Trump's vetoes.

Lawmakers have also expressed concern about whether the UAE sales would violate a longstanding agreement with Israel that any US weapons sold in the Middle East would not impair its "quantitative military edge" over neighboring states.

Menendez is the ranking Democrat on the Senate Foreign Relations Committee, and in line to become chairman next year if Democrats take control of the Senate in Georgia runoff elections in January.

Paul and Murphy are also members of the committee.